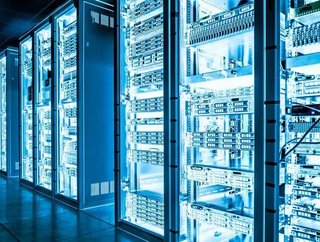 According to new data from the Synergy Research Group, the number of data centres across the world operated by hyperscale providers is nearing the 400 m...

According to new data from the Synergy Research Group, the number of data centres across the world operated by hyperscale providers is nearing the 400 mark, with nearly half of these located in the US.

“It is remarkable that the US still accounts for almost half of all hyperscale data centers, reflecting the US dominance of cloud and internet technologies,” said John Dinsdale, a Chief Analyst and Research Director at Synergy Research Group.

“Other countries are now featuring more prominently in terms of data center build, but even three years from now we forecast that the US will still account for some 40% of the worldwide total.” 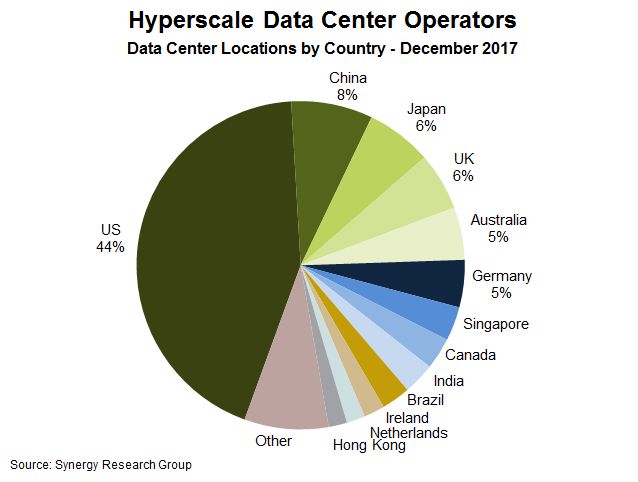 Google has been particularly active within the industry that saw a significant number of openings across Germany, the UK, Singapore, Australia, Brazil and the US.

Alongside Google, IBM, Amazon (AWS) and Microsoft are considered to have the broadest data centre footprints, each having a minimum of 45 data centre locations within at least three of the four regions - North America, APAC, EMEA and Latin America.

“Hyperscale growth goes on unabated and we already have visibility of at least 69 more hyperscale data centres that are at various stages of planning or building,” Dinsdale said. “We will pass the 500-milestone before the end of 2019.”

The research is based on an analysis of 24 of the world’s major cloud and internet service providers, including the largest operators within the SaaS, PaaS, search, social networking and ecommerce sectors.