What is JEDI Cloud? Inside Microsoft's $10bn Pentagon contract 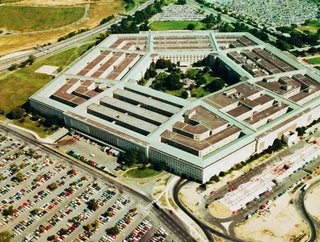 Last week, the US Department of Defence (DoD) announced that Microsoft had been awarded a multi-year, $10bn indefinite-delivery/indefinite-quantity cont...

Last week, the US Department of Defence (DoD) announced that Microsoft had been awarded a multi-year, $10bn indefinite-delivery/indefinite-quantity contract to work on something called JEDI Cloud. Microsoft’s stock rose by 3% on Friday evening as a result.

Over the last two years the DoD has awarded more than $11bn across 10 separate cloud contracts.

The announcement reportedly came as a surprise to some, as Amazon Web Services had been labeled the favourite to receive the contract. There has been some speculation, however, that President Trump’s personal feelings towards Amazon founder and CEO Jeff Bezos may have contributed to the decision.

But what does JEDI Cloud entail?

Data breaches still remain the greatest threat to cloud security, costing the average enterprise $1.41mn per breach, a recent report by cybersecurity firm Kaspersky found. That figure rose by almost $200,000 between 2018 and 2019, IT security budgets now average $18.9mn (compared to $8.9mn the previous year) and Kaspersky predicts that global IT spending in 2019 will reach $3.74trn by the end of the year.

When a company’s cloud servers are breached, millions of people can lose their data, companies can lose billions of dollars - some never to recover. The consequences of a data breach somewhere like the Pentagon, however, hardly bear thinking about.

As a result, JEDI is a project that will see the DoD move around 80% of its data off-premises and, while it claims that the $10bn figure only represents about one fifth of its cloud investment, critics of the contract have written that keeping so much sensitive government information in a single cloud could create further security risks.

“The scale of the missions at DoD will require the DoD to have multiple clouds from multiple vendors,” Babb said in a statement to Federal News Network. “The JEDI Cloud is a critical first step toward an enterprise cloud solution that enables data-driven decision making and allows DoD to take full advantage of applications and data resources.”

A DoD press releases compounded Babb’s statement, asserting that the JEDI contract “will address critical and urgent unmet warfighter requirements for modern cloud infrastructure at all three classification levels delivered out to the tactical edge.”