What Pentagon cloud contract means to Amazon and Microsoft 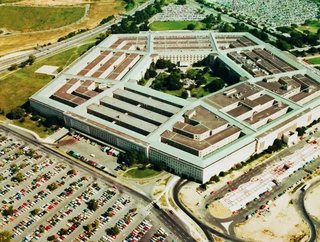 Back in October of 2019, the Pentagon announced the awarding of the $10bn, multi-year “indefinite-delivery/indefinite-quantity” contract to Microsof...

Back in October of 2019, the Pentagon announced the awarding of the $10bn, multi-year “indefinite-delivery/indefinite-quantity” contract to Microsoft.

Amazon subsequently appealed against the decision to give the contract to Microsoft, aggrieved by what it felt was political interference stemming from the enmity between Amazon CEO Jeff Bezos and President Donald Trump.

The contract is for a project known as the Joint Defense Infrastructure (JEDI) initiative, which is intended to modernise legacy data and communications systems used by the US military - the implementation of which may lead to other government departments joining in the uptake. In its initial awarding of the contract, the contract was described as being for providing “enterprise level, commercial Infrastructure as a Service (IaaS) and Platform as a Service (PaaS) to support Department of Defense business and mission operations.”

In a press release at the time, the Department of Defense said: “This continues our strategy of a multi-vendor, multi-cloud environment as the department’s needs are diverse and cannot be met by any single supplier. This contract will address critical and urgent unmet warfighter requirements for modern cloud infrastructure at all three classification levels delivered out to the tactical edge.”

In the last few weeks, the Department has said it is to “reconsider” its decision, in light of the court case and what it said were “technical challenges presented by AWS”. Microsoft reportedly welcomed the opportunity to make progress, asserting that it still believed its solution was technologically superior.

The government subsequently requested 120 days to reassess. What the outcome of that reassessment will be is uncertain, especially considering the unprecedented economic climate caused by the coronavirus pandemic. But a Pentagon spokesman recently ruled out talk that the contract could be split between the two technology giants.