What will the end of Windows 7 mean for business? 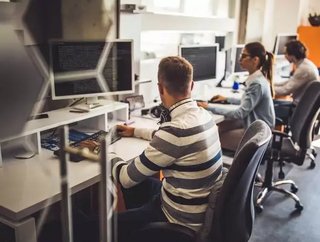 Microsoft has ended support for its 10 year old operating system, Windows 7. How should enterprise react? In some respects, Microsoft’s ending of sup...

Microsoft has ended support for its 10 year old operating system, Windows 7. How should enterprise react?

In some respects, Microsoft’s ending of support for Windows 7 has turned computers with the operating system into ticking timebombs. Without security updates or fixes, any vulnerabilities found from now on will become gaping breaches into which all kinds of malicious software can be poured.

Leigh-Anne Galloway, Cyber Security Resilience Lead at Positive Technologies explains the possible consequences: “Microsoft’s decision to stop support for Windows 7 presents multiple opportunities for attackers to exploit ordinary users. Especially given that the operating system is still popular. In December 2019, 26% of Windows users have Windows 7 installed, according to Statcounter. When a new zero-day vulnerability (the so-called 0-day) is discovered by attackers, the consequences are countless. For example, the popular cyberattack exploit EternalBlue and when hackers used the WannaCry network worm to infect a web of computers.”

For the home user, the question of what to do now is fairly simple to answer; either switch operating systems, or, as Microsoft would suggest, upgrade to its latest offering, Windows 10.

For enterprise, of course, it’s not so easy. The volume of computers, legacy applications that might not work on newer OSes - the problems might seem insurmountable. Perhaps the least disruptive solution is to pay for Microsoft’s Extended Security Updates until 10 January 2023. With the cost of doing so increasing every year, that may not be feasible in many cases, however.

Chris Mountford, Account Director and Head of Public Sector at IT firm Stone Group says “the easiest way to avoid issues is an upgrade of current devices and software. Realistically though, this isn’t always a viable solution when budgets are tight. There are however other options, such as refurbished devices that come pre-installed with the latest version of Windows, negating the need to go through a full software upgrade and leasing programmes.”

Whatever the outcome, Windows 7 will be missed by many, having restored Microsoft’s reputation after the unpopular Windows Vista and adding many of the features now taken for granted in Windows 10. RIP.