Who are the ‘cloud big four’? 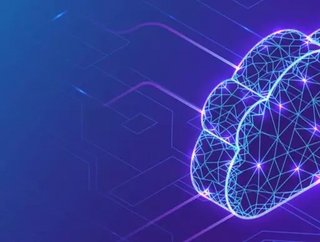 Four companies are expected to dominate cloud computing for the foreseeable future. But who are they? And what makes them successful...

Cloud computing has been around for a long time but its role in digital transformation, enterprise security and data management has come of age. Unprecedented opportunity has led to unprecedented innovation and investment, which in turn has created a superstrata of power cloud providers. And there are just four of them.

Who are the cloud big four?

Amazon Web Services (AWS), Microsoft Azure, Alibaba Group and Google Cloud Platform are seen as the only players capable of dominating the cloud, a market growing by around 40 per cent annually. Let’s take a look at them.

AWS is a giant in cloud, and absolutely dominates the market. In fact, it would not be unrealistic to suggest that AWS belongs in its own ‘big one’ category. The https://www.technologymagazine.com/enterprise-it/amazons-fourth-quarter-results-built-covid-19-ecommerce Amazon company posted $45.4 billion in revenue in 2020, though its growth is slower than the other competitors. A change in leadership at Amazon could also have ramifications for the future of AWS.

Who is Andy Jassy, soon to replace Jeff Bezos as Amazon CEO?

Microsoft’s Azure has around 58 per cent of AWS’ revenue, but stronger growth (around 50 per cent compared with AWS’ 30 per cent). And that doesn’t include software as a service (SaaS) such as Office 365, which is a gateway to the company’s infrastructure as a service (IaaS) and platform as a service (PaaS) offerings (the same applies across the board here.

The Chinese market is vast and to some extent runs in parallel to the American dominated Western technology scene. Alibaba has got its teeth into big cloud and delivered over $8 billion in revenue for 2020, indicating a slight bump on Azure’s growth. Its revenue in big cloud eclipses that of Google Cloud Platform (once Google’s G Suite is stripped out of the numbers).

Google lost $5.6 billion on cloud in 2020, against $13 billion of revenue. But strip out Google’s G Suite (now rebranded as Workspace) and that revenue is just $6.2 billion, making it the runt of the cloud big four. But that loss is indicative that Google is ploughing cash into cloud infrastructure investment. If it gets this right, and can use Google Workspace as an onboarding tool for wider DX, expect the rankings to shift.

Who else is in contention for cloud dominance?

Oracle and IBM both have strong cloud offerings, but they lack the hyperscale capabilities of the big four. Along with many, many other cloud providers, they can continue to run their cloud business for customers and make money from it. But without serious investment, they are unlikely to scare the big four off their patch.

Silicon Angle estimates th at the cloud big four will generate more than $115 billion in 2021, and that could be conservative. The value of being a big player in hyperscale cloud services right now is that you can onboard your cloud offering at a time when many large organisations are spinning up wholesale digital transformation strategies, while smaller companies are simultaneously getting into DX and – presumably – want to give themselves room to grow alongside their technology partners.