Why Kernel is developing a cloud brain recording platform 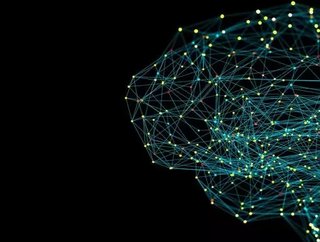 Its brain recording technologies are known as Flow and Flux. The latter detects magnetic fields generated by neural activity, while Flow measures blood flow as representative of neural activity.

It says its products overcome the limitations of current brain imaging hardware, which can be expensive, bulky or require surgery.

Kernel hopes to create an ecosystem for human improvement based on what it calls a “neurome”, analogous to a person’s genome.

Since its foundation in 2016, the company has raised a significant sum. Its latest Series C, which it said was its first outside funding round, saw the company raise $53mn from lead investor General Catalyst, alongside Tiny Blue Dot, Manta Ray Ventures, Khosla Ventures and Eldridge.

In a press release, the company’s CEO and founder Bryan Johnson said: “Mainframes became PCs and then smartphones. The $1B genome became the $1,000 genome. The brain and mind are next.

“We live in a data-illuminated world, but the user manuals for our brains have no diagnostic or useful numbers, leaving us with no option but to describe and characterize cognition using hunches.” Johnson continued, “Imagine a cardiologist asking you how your heart is doing based upon your hunches, without cholesterol or blood pressure.

“If we can quantify thoughts and emotions, conscious and subconscious, a new era of understanding, wellness, and human improvement will emerge.”

The company said it would use the investment to accelerate on-demand access to its products, developing its technology further.

“The vision fueling Kernel is one of the most audacious imaginable.” said Quentin Clark, General Partner, General Catalyst. “But that ambition has a passionate and committed founder and team, and pragmatic engineering work to back it up. Kernel’s engineering accomplishments have the potential to enable more neuroscience progress in the next few years than has been accomplished in the last few decades.”