Why Salesforce has bought a unicorn built on its platform 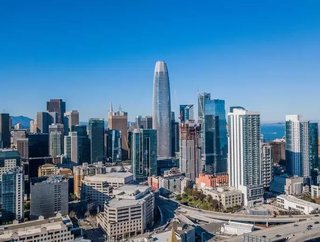 The cloud computing software company Salesforce has bolstered its industry offering by acquiring a startup built on its own platform. Best known for it...

The cloud computing software company Salesforce has bolstered its industry offering by acquiring a startup built on its own platform.

Vlocity and Salesforce’s synergy’s are obvious, with the former being built on the latter’s platform. Vlocity itself offers industry specific cloud solutions in six specific industries: communications, media and entertainment, energy and utilities, insurance, health and government.

In a blog post, Vlocity’s CEO and founder David Schmaier, provided more information on the reasoning behind Salesforce’s acquisition, saying: “Because every organization, including the world’s largest customer-centric corporations and industries, must digitally transform, it is more important than ever for our customers to have products that speak the language of their industries.

At the same time as announcing the acquisition, Salesforce also announced its co-CEO would be stepping down. Keith Block, who has been co-CEO since August 2018, will continue as advisor to CEO Marc Benioff.

In a press release, Block again revealed the underlying thinking behind the Vlocity deal, said: “ "We are now a global enterprise company, focused on industries, and have an ecosystem that is the envy of the industry, and I'm so grateful to our employees, customers, and partners.”

The move leaves Benioff as sole CEO, responding to a trend for technology firms to spread the responsibility around. German enterprise software firm SAP, for instance, replaced outgoing CEO Bill McDermott, who himself was formerly in a joint role, with Christian Klein and Jennifer Morgan.