Canada’s largest communications company, Bell, leads the way in broadband and media innovation with its world-class wireless and fibre networks.

Looking at different ways to advance how Canadians connect with each other and the world, Bell consistently works on its own strategy to build on its own competitive strengths while embracing the new opportunities of the integrated digital future.

With its commitment to bring the best digital connections and next-generation services to Canadians, Bell is made up of three factions, as its Director of Operational Planning and Technology, Marco Sciarra explained: “There are three main segments to Bell, there's Bell Wireless, Bell Wireline and Bell Media.”

He continued: “We have a wireline division that supports internet and TV, wireless for mobile devices and then we’ve got Bell Media. From a telecom standpoint, you would think that we're in the tech space, we’ve evolved over the past decade as a data-centric company, data is at the forefront of everything that we do. When we think about the future, everything really is linked to data.”

Customer experience is at the centre of everything Bell does to ensure the company delivers continued success in a fast-changing communications marketplace. Adding to its people-first culture, Bell is also dedicated to combating mental health issues in Canada with its initiative, Bell Let’s Talk.

Sciarra expanded: “Bell is a steward in the community that we serve and support. At the end of 2020, we were fast approaching about $121 million in investment from a mental health standpoint.”

This initiative has been in practice since 2010 to increase awareness and create new conversations around mental health. Through Bell Let’s Talk, millions of Canadians, including leading personalities, engaged in an open discussion about mental illness.

During these discussions, many offered new ideas and hope for those who struggle and the number of people joining the initiative grows each year.

As a result, institutions and organisations have received new funding for access, care and research from Bell Let’s Talk and from governments and corporations that have joined the cause.

To ensure the company maintains its innovative edge, Bell strives to create agile teams to improve efficiency. As well as a strong customer-first culture, the company is also dedicated to ensuring that its employees are in an environment that cultivates productivity and efficiency.

“We're really focused on engagement and that is extremely important from a Bell standpoint. We want to make sure that we have engaged employees. We know that folks that are engaged tend to perform better and tend to stay longer. Engaged team members tend to commit more to the cause,” said Sciarra.

He then added how the company’s diversity initiative feeds into this: “It's really important that we create the sort of an environment that is inclusive and diverse across multiple dimensions. Bell truly believes that it helps to create a more agile workforce that learns faster and is able to perform much better. We have realised that diverse culture leads to better results and a higher engaged workforce, so that is extremely important to Bell.”

“By hiring a diverse set of skills, as well as diversity from a cultural standpoint, you get different perspectives and on how to approach opportunities. This tends to deliver better results,” he continued.

Like many technology companies, Bell is dedicated to continuous evolution to ensure it remains best-in-class and offers its customers cutting-edge technological solutions.

“Bell is one of the most innovative companies out there,” said the Director of Operational Planning and Technology.

“In my department, we created our own set of applications. We have millions of lines of code and we're tied to almost every facet of the business. From an innovative standpoint, building our own applications and has really given us the opportunity to develop capabilities that are just not available today,” added Sciarra.

This Virtual Manager helps to manage the client operations division, reaches out to the employees in a real-time fashion. Sciarra said that he was keen to develop something that would respond effectively as the company began to respond to larger volumes of data, he explained that: “In the past, most organisations out there would rely on a workforce management team who are staring at dashboards.”

“Dashboarding is still ‘in’ today, but my philosophy is that if you're dealing with the amount of data that is coming at us in waves and streams, staring at screens is just not going to cut it. Our Virtual Manager now reaches out in real-time to make game-time decisions. We've found that it's really improved our overall output across a number of different dimensions,” he continued.

Recognising the importance of data and analytics to the company’s growth, Sciarra and his team are using different technologies within its applications to improve client operations.

Already, the company has seen benefits from utilising AI and ML-enabled technology: “Since incorporating this technology into our operations we've noticed better sales and churn results from our employees. We're all about trying to not just predict the future, but rather leverage the opportunities that exist that appear in real-time.”

Sciarra added: “Acting upon the opportunities as they arise is the most important aspect of AI/ML. So this is why we have introduced our Virtual Manager. When we step back and think about the outcome, better client experience leads to better results.”

Outlining a use-case for this application, Sciarra said: “Let's say as an example we needed to add additional staff to deal with service level challenges or a spike in demand, our ML capabilities are where we re-run our forecast where we're looking at information in real-time.”

In 2020, the global RPA market size was valued at USD$1.57 billion and is expected to grow at a compound annual growth rate (CAGR) of 32.8% from 2021 to 2028. A big driver for this growth is the pandemic-induced work-from-home situation many workers are in which has caused a big shift in the ways in which businesses operate.

Recognising this shift, Bell is keen to be a key player in the development of RPA technology. Sciarra explained: “Robotic process automation technology has really come into play and it's going to represent an even bigger new sort of digital workforce in the years to come. We're really excited in terms of what we've been able to accomplish on this front. Ensuring that the opportunity is shared between all business units within our division”

To support this desire to automate and robotize many of its processes, Bell has partnered with Blue Prism and recognises them as a key partner in its AI journey.

Blue Prism is the global leader in intelligent automation for the enterprise. Its technology transforms how companies carry out work and accelerates operational efficiency and agility by making it easy to automate processes.

Bell was recently awarded Blue Prism’s highest honour of the Pinnacle Award for 2021, given to organisations that are leaders in the automation space.

Sciarra explained that Bell is keen to partner with companies that have “already mastered certain aspects of what Bell is trying to achieve. By selecting the right partner, we’re able to focus on what we do best and incorporate what they do best.”

He added: “Blue Prism has done a really good job of developing a suite of applications that are leading in terms of their capabilities.”

Not only do Blue Prism and Bell work together to support Bell in its quest for automation, but Sciarra himself is also on the customer advisory board at Blue Prism and as a result supports the company with its own mission.

“We do realise that Blue Prism has much bigger clients out there that they do business with, yet they've always listened to us,” explained Sciarra.

“They've always given us the opportunity to work with them and from our feedback, they've made some changes on their side, which has worked quite well for us,” he added.

Readying Canadians for the metaverse

The internet today is often the main entry point for millions of us to access information and services, communicate and socialise with each other, sell goods as well as a form of entertainment.

As Canada’s largest communications company, Bell is ready to adapt to the changing landscape with the introduction of the metaverse. Sciarra himself explained he is keen to expand his knowledge in this area to be readily equipped to understand the application of a virtual environment

“Bell is about shaping the future. We're at the forefront of technology, especially from a 5G standpoint. The immersive experience with the metaverse is going to be extremely important.” he said.

Sciarra concluded: “We also want to continue to deliver the best experience to our client base. Bell is a very big company in Canada, and so we do have a responsibility to support our communities and I think that's also extremely important. We're heavily involved in SDG initiatives and looking at how that plays a role is extremely important as well.” 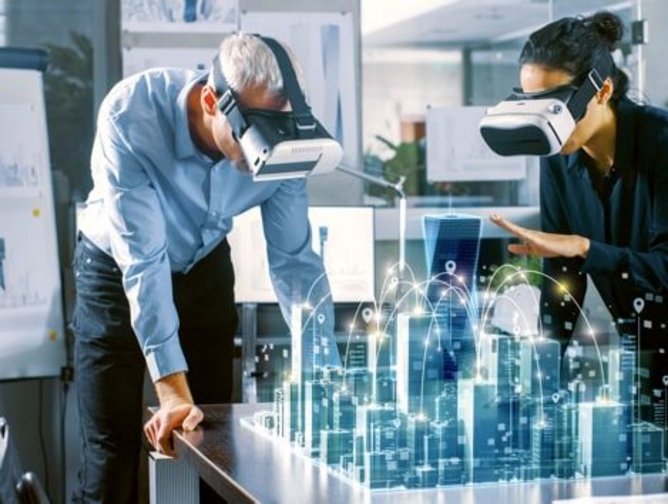 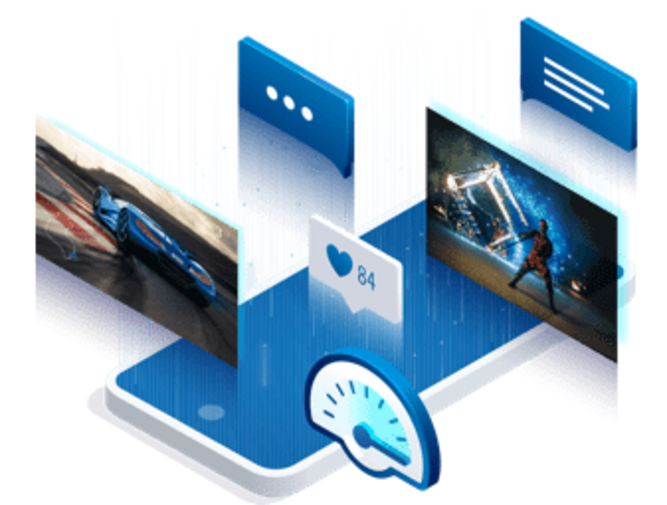 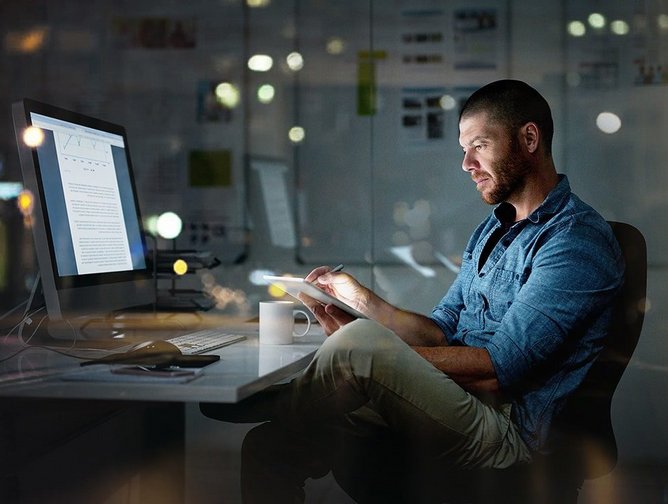 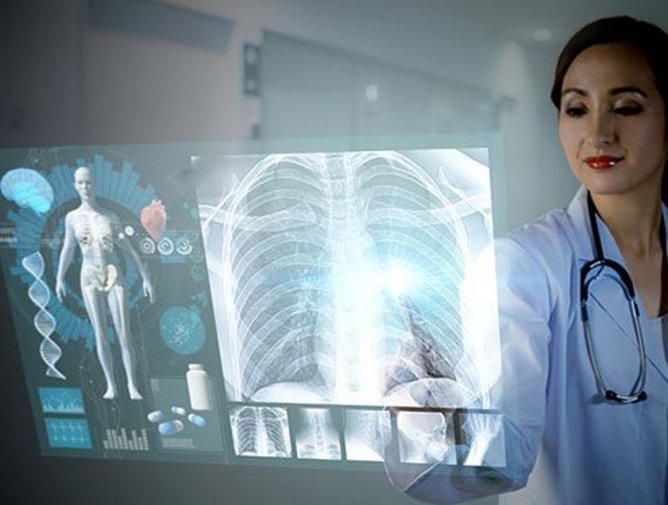