A wave of digital transformation is sweeping across the global business landscape, driven by the rapid technological advancements of Industry 4.0 and the Information Age. From cutting edge robotics to paperless invoicing, companies across every industry are racing to galvanise meaningful change that improves efficiency, increases transparency, and translates into greater value for employees, suppliers, partners, customers and shareholders.

Digital transformation is no mean feat. It can be an exhaustive, top-down process that reshapes the internal workings, culture and even purpose of an organisation; it can be a revolution. More often, however, the process more closely resembles something different – something slower, and more considered: evolution. Embodying this process is German chemical and ingredients distributor Brenntag Group and its innovation hub, DigiB.

“When it comes to digitalisation, our approach is to create it, launch it, and learn from it,” explains Maarten Stramrood, Chief Digital Officer at Brenntag Group and Managing Director of the DigiB hub in Amsterdam. “We’re not trying to wait until we have a perfect situation; we would rather launch something fast and do it 92% right instead of delivering a platform or delivering a project which might be 100% right but which gets endlessly delayed to the point that, by the time it’s ‘ready’, it’s been out of date for two years.” For a distribution company with more than 16,600 employees operating in over 580 locations across 76 countries, Brenntag’s decision to establish the DigiB hub is a bold affirmation of the need for even large-scale companies dealing with physical products and services to rapidly accelerate their technological progress. “The business we are in is very physical, but you can enhance and improve the business in parts of the supply chain by using digital technology,” explains Stramrood. “I think this is the kind of definition that we have for digital transformation.”

Founded in 1874 as an egg wholesaler, Brenntag expanded into chemical distribution in 1912 and today leads the market on a global scale. “We serve around 195,000 different customers, from huge accounts like Shell or BASF down to small customers who might only buy one ingredient each year,” says Stramrood. “Our added value comes from the fact that we have a dense global distribution network that means we can deliver to both large and small clients anywhere in the world.” The company has a presence in almost every manufacturing industry, from food and life science to oil and gas. We sat down with Stramrood to find out more about his role in the DigiB hub and its ongoing endeavours to accelerate
the digital evolution of Brenntag.

“We started about two years ago. I was – I don’t know – employee number four. We were basically starting from scratch,” recalls Stramrood. With an extensive background in the telco industry, Stramrood reflects that he had spent the past ten years focusing on digitalisation, building ecommerce channels and building teams. “Basically, I went through a few acquisitions and a couple of big mergers in the space of two years, and thought it might be time to look for something more stable. Whenever there’s a merger, you lose all the best people in your team, who go on to get their own teams. Then you have to build a brand new team. After a few mergers, I thought it looked like I was pretty good at building new teams,” he laughs. “Then, Brenntag came calling.”

For the past two years, Stramrood has built an 80-person team across Europe, the US and Asia Pacific focused on starting and accelerating digital initiatives, and infusing one of the largest distribution firms on the planet with sweeping digital change. One of the things that makes the DigiB hub special is its autonomy from Brenntag’s wider operation. The hub is set up as an independent entity, giving Stramrood the power to expand his team, oversee HR and develop new policies and processes in the name of finding ways to accelerate the digital evolution of the wider organisation. “Not a lot of companies have a setup like ours,” he says. “A lot of them have a little innovation hub tucked away inside the larger organisation. DigiB feels like a little startup. Of course, we’re funded by Brenntag, but the impact we make and the way we approach things is very entrepreneurial.”

As a strategist with extensive B2C experience, Stramrood acknowledges that a lot of the drive towards digitalisation is coming from that sector. “What we hear when we talk to our customers and suppliers, is that more and more people are expecting the way that they do things in their personal lives to be the way they do things in their professional lives as well,” he explains. “People use companies like Amazon in their personal lives, and they’re starting to expect the same kind of convenience when doing business with a company like Brenntag. The big challenge for a company like ours is to deliver on that expectation.”

This expectation of a digitally empowered experience is one of the primary drivers behind the three pillars around which DigiB’s efforts are centred. “We’re really focused on experiences, on the customer and employee side of things, in order to build smoother relationships,” explains Stramrood.

The first pillar corresponds to DigiB’s goal of improving the abilities and experience of Brenntag’s employees. Brenntag Source is a portfolio of internal applications that harness the company’s data and deliver insights back to its employees. “We have a lot of pricing trends and other data points from all across the globe which can be very useful to any Brenntag employee,” Stramrood explains. One of the applications, Brenntag Explore, gives company project managers the ability to perform highly customisable benchmarking tests across multiple dimensions of their portfolios. “A project manager in Poland can benchmark their procurement data against Brenntag’s US figures or against a competitor, or they can compare two different suppliers. This gives us new insights to strengthen our global position in negotiations,”
says Stramrood.

The goal of Brenntag Source is also, Stramrood explains, to improve collaboration across the many regional branches of Brenntag. “We’re trying to enhance the inter-company trading, between our subsidiaries, for example the BeNeLux and German organisations, because this will optimise our global stock position.”

The most impactful of the pillars, Brenntag Connect, is the company’s ecommerce portal, designed and supported by DigiB. Stramrood
characterises the portal as an ecommerce knowledge and self-service portal. Due to the highly regulated nature of some of the chemicals and ingredients Brenntag deals in, only existing Brenntag customers have access to the portal, and “becoming a Brenntag customer means going through an intensive onboarding
process.” For those that have already been cleared, Brenntag Connect is a powerful tool that can access the company’s product portfolio, place orders, automate repeat business, access track and trace functionality and an array of other contextual information.

The service is currently live in the US, Germany, Benelux and Scandinavia. “We have a substantial number of customers already on the platform and it’s growing rapidly,” enthuses Stramrood.

For those who aren’t already onboarded as Brenntag customers — a process that the DigiB hub is focused on automating and streamlining as much as is responsible — the third pillar that Stramrood and his team are working on is the publicly accessible face of Brenntag Connect, which is tied into a digital marketing campaign.

The past two years, like any bold endeavour, haven’t been without setbacks and challenges. “The ride has definitely been bumpy at times, from technology to cultural transformation,” says Stramrood. The digital acceleration that DigiB is working to cultivate has also presented its obstacles. “With the launch of new digital offerings, we’re not waiting until we’ve got a perfect situation; we’re just trying to get customers on the platform and see if things work,” he explains. “It’s a challenge in itself, because of course you don’t want to disappoint your customers. On the other hand, we’ve found that if you’re open with them, they’re often very accepting, and some are even keen to help you improve the platform. In a traditional organisation like Brenntag, this is a big thing.”

No transformation happens in a vacuum. From recruitment to design
to the launch and optimisation of new products and processes, Brenntag and DigiB have embraced the expertise and assistance of experienced, industry-leading partners.

When DigiB first got started, Stramrood found himself in need of a large, experienced team to start working on the hub’s vision. “We wanted to make a big impact and not have to start by recruiting one developer at a time,” he explains. “This is why we did a pitch for a software development agency and ended up choosing Dept. it offers a great combination of developers and creatives, which is what we desperately needed.”

Brenntag has grown rapidly, organically and through acquisitions during the past few years. “Against the background of the numerous acquisitions and Brenntag’s existing business landscape, especially in EMEA, the company now is putting energy into a single back-end platform,” Stramrood explains. “Now, we’re trying to standardise this process, which is why Brenntag decided to bring Deloitte on board. They’re advising us on how to adopt this more standardised approach, because if we want to accelerate the digitalisation of the entirety of Brenntag, we need to find ways to speed up the process.”

DigiB is working with trusted partners to better build out its core offerings. “When we start building something, like Brenntag Connect for example, we try to make it as open source as possible. However, if the demands placed upon it become more serious, we always look to embrace more mature, professional offerings,” explains Stramrood. “When we discovered our new CMS was going to be a major thing, that’s when we decided to go with BloomReach.”

The challenges of overcoming intermarket regulation, and varied standards across dozens of countries, also prompted Stramrood to bring Vasco Consulting on board. “One big thing is the issue of complexity, because we work across multiple countries in parallel, so the programme management itself is very complicated. This is the reason that we started working with Vasco Consulting, because they have done similar types of programmes before: multi-country, multi-backend integration projects.”

Stramrood is excited to see the work done by DigiB gaining traction in the wider business, but acknowledges that there is still a long way to go. “It’s quite thrilling, this evolution and digital enhancement of Brenntag.” Looking to the future, the three pillars of Connect, Source and the Digital Marketing will remain at the centre of everything that DigiB does to realise this evolution. “It’s going to be our main focus for the next year, as we go into 2020,” he explains. “In the future, we’re looking into things like speeding up our onboarding process and exploring ways to use IoT to simplify aspects of the business. The long-term goal is to move into digitising and optimising the internal processes of Brenntag itself.”

Step by step, driven by the manifesto of “create it, launch it, learn from it,” DigiB is using its unique identity, capabilities and trusted network of partners to continue accelerating digital evolution of the world’s number one chemical and ingredients distributor. 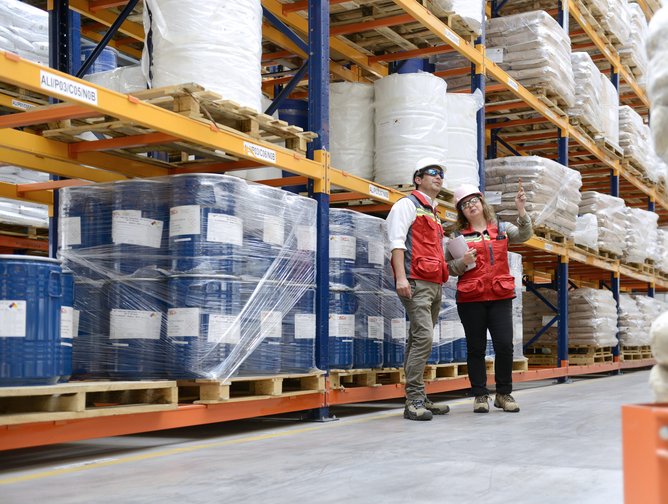 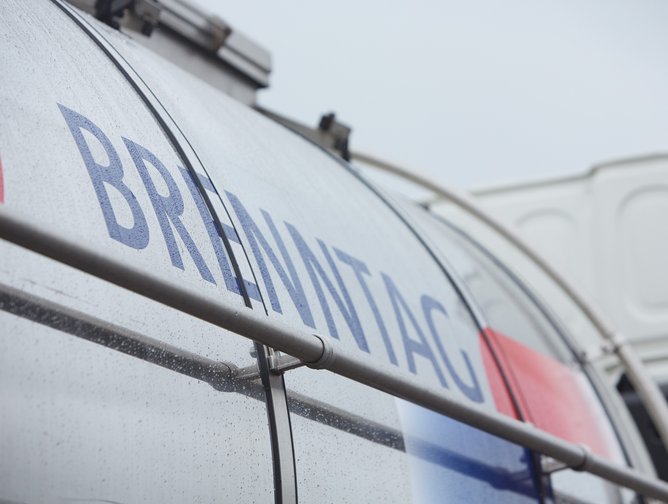 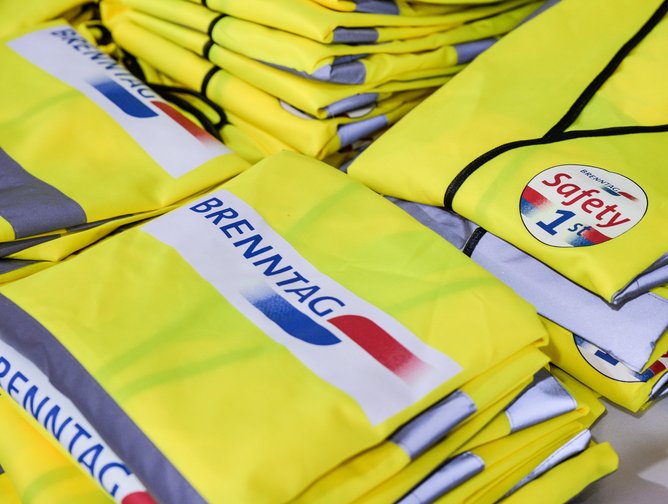 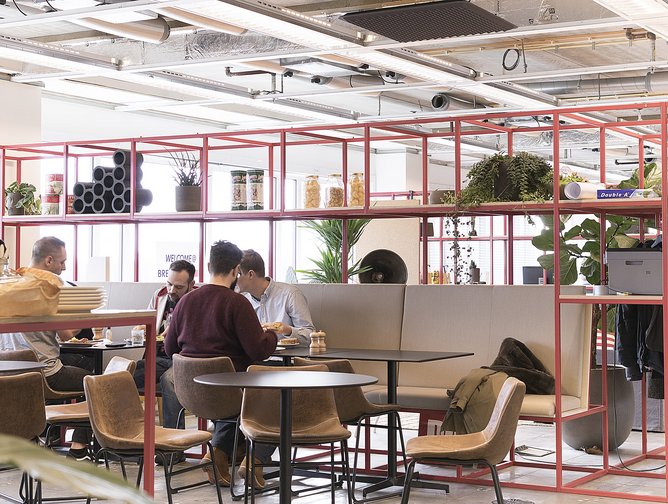 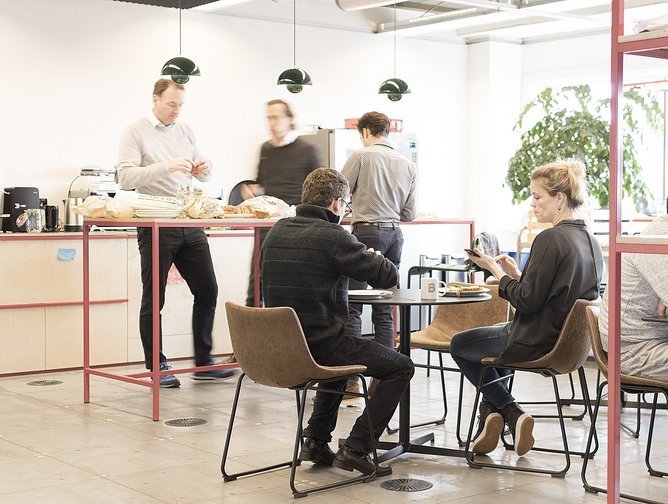