View Full Report
Canada’s largest shipbuilder, Chantier Davie Canada, reveals how it is updating its technology to connect a shipyard the size of a small town...

Established in 1825, Chantier Davie Canada has been building ships for almost 200 years but has just started to take the first steps on its digital transformation journey. The shipyard is the largest, highest capacity, and most experienced in Canada. Davie Shipbuilding has a vision of being the nation’s “premier shipyard providing national strategic capability when it comes to the digital transformation,” claims Jeremy Citone, Technology Director of Chantier Davie Canada. “The yard has recently delivered the most complex vessel ever built in North America, and we are now focusing on innovating new ferries which use clean energy.”

“Being in a company with so much history, it’s a challenge in itself. Facilities are more than 2 kmsq. With its 56 buildings, it is really like a small town. When the shipyard reopened in 2012, it was 10 years behind with technology. Everything needed to be updated, from security, IT infrastructure to introducing Internet of Things,” notes Citone. Despite the numerous changes being made around Davie, its workers are entirely involved and committed. “Major technology changes are always tricky to introduce. However, our workers are embracing the new tools they are provided with.”

Citone notes that for him live information is key – while engineers are behind computers designing ships, the supervisors are onboard. “But how can you ask someone to be efficient onboard a ship under construction if they don't have access to that information? That’s the challenge we were facing:  to provide information when an where it is needed within our environment.”

“The use of technology not only enables the shipyard to be more efficient, but it also makes the company more sustainable, as it is able to move on from paper-based practices which are riskier and less reliable.”

Citone reveals that the shipyard’s technologies are well on track to reach Industry 4.0 levels. Over the past 3 years, he has introduced and fostered a culture which has the goal of becoming a smarter and virtual shipyard.

“We are now 3D scanning incoming ships, both inside and outside. When we have a virtual ship, we can measure it from the office. We can select the best spot for a piece equipment. That allows us to work around the clock with engineering companies all over the world,” Citone explains. As part of the firm’s digital transformation journey, supervisors have been equipped with tablets, and Wi-Fi has been installed across the site. “With the tablets, our supervisors are able to draw on top of the 3D models,” he adds. Augmented reality technologies allow them to be onboard and visualize the ship the way it will look like once completed. All piping, equipment, and lighting systems are displayed on top of what the camera sees directly on the tablets onboard the ship. This way, the supervisors can understand and show the workers what to do and where to do it.

“I believe live information and reporting is key. In-house developed apps allow the supervisor to have a clear view of the progress made onboard and keep track of their budget per task. All tablets are connected to the main cluster and are regularly updated with any revisions as it is used. This reduces risks and mistakes”.

Efficiency, according to Citone, is the most important aspect of the company’s digital transformation journey. “However, as we are based in Canada, the labor is quite expensive compared to all of our international competitors. Therefore, our employees need to be very efficient and technology-driven.”

However, Citone notes that live information is being used even further: “For every ship, we collect as much production data as we can. This live data allows us to update our norms for the planning. I would like to see the end of the averaging. With lots of data, we now have the capability to get to a level of accuracy we couldn’t dream of before. A good example of the marine industry transformation is one of our most recent major conversions, the Replenishment at sea vessel MV Asterix.”

While building the Asterix, the company also prioritized cybersecurity, and designed an entire network for its connected ships. “Ships are more and more connected to the internet; the engines, navigation chart systems, integrated management system are all connected for maintenance and updates.” Those technologies cannot be implemented without having a shipyard mastering those technologies,” he continues.

On its journey toward Industry 4.0, the company has made significant strides forward, creating a training system that resembles a video game. “It’s something completely new that we’ve never seen before in the marine industry. We partnered with RaceRocks, a Canadian company based in Vancouver that designs training systems in the style of video games. We gave them a 3D model of our ship and they made a video game out of it,” says Citone. “The crew can sit down with their computers in their rooms and train on how to extinguish fires, operate equipment and follow procedures. Some training will display a virtual replenishment at sea console. The console is fully functional, every single button works – if they were to push the wrong button, the simulation will fail.” Using one-of-a-kind technology to train its staff marks the direction the shipyard is going in, “In 5 years I see the implementation of AI for shipbuilding. AI will allow us to use our workforce in an optimal fashion. We currently have accurate feedback on how long it takes to complete each job based on complexity, material availability, and manpower. Planning won’t be based mainly on rules: we will be able to predict schedules using actual shipyard capabilities. And that’s a game changer for Canada”. 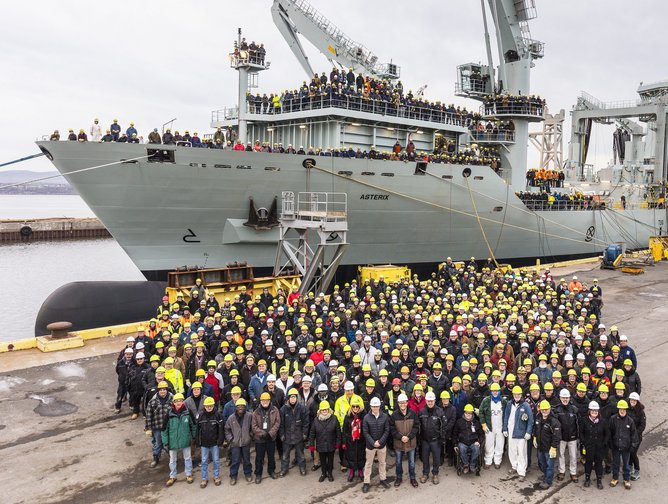 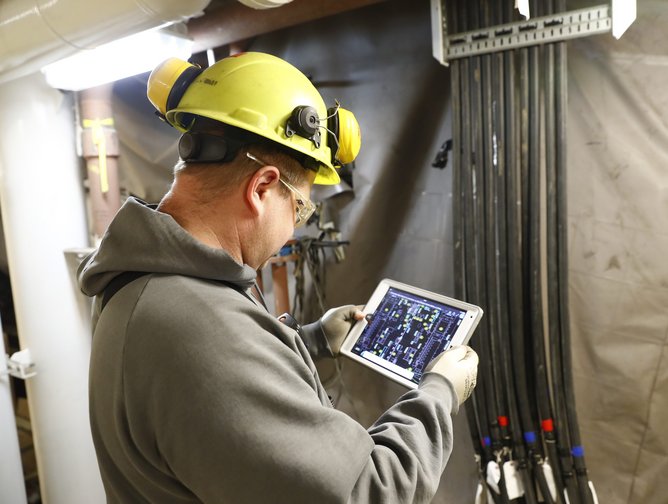 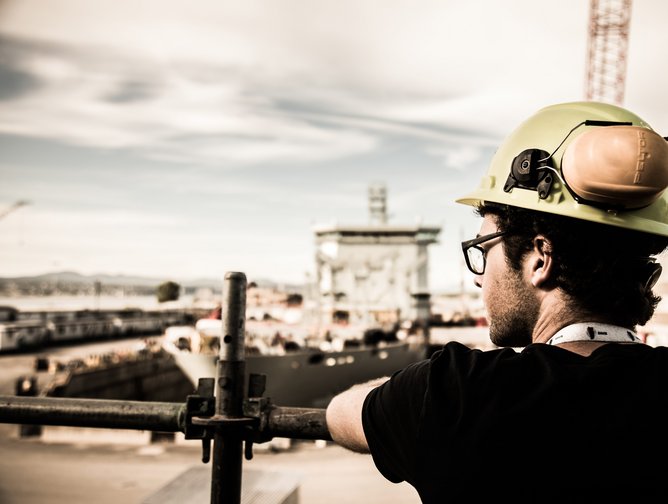 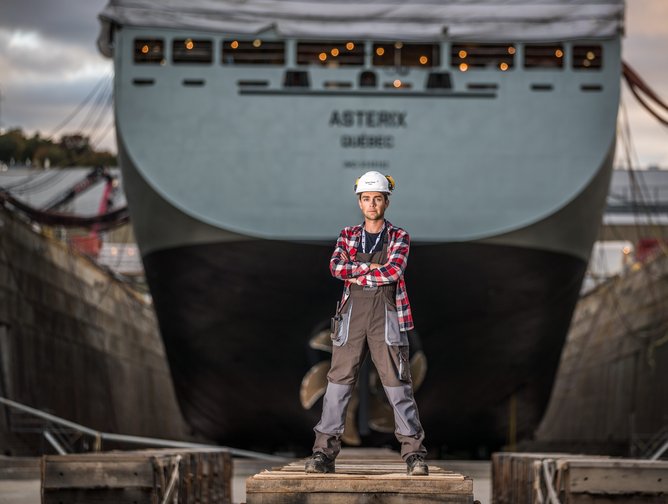 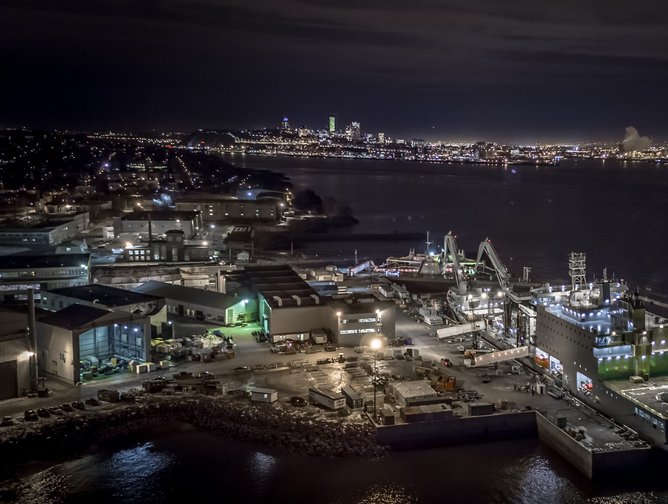