The City, the CIO, Covid and collaboration

View Full Report
The City of Memphis TN helped through and beyond Covid-19 by CIO Kimberly Bailey...

You might have thought that Kimberly Bailey had a lot to prove after Memphis' Mayor Jim Strickland appointed her as the City's first female African American CIO in January 2020. A native Memphian, after university she shifted to Atlanta, Georgia in 1996, gaining experience with General Motors and IBM before returning to her home town in 2003 to work with the Memphis Grizzlies NBA team, helping them move into their new home, the $250m FedExForum. In 2018 she came back into the City government as IT lead in the HR department, getting to know the directors of every department and gaining intimate knowledge of what they do.

When the search for a new CIO started late in 2019 she was asked to assume the role of Deputy CIO to help in the search, so she drew up an outline of the qualities and experience she thought would be needed. By December the search was concluded – and she was informed by the Mayor's department that as she was clearly the best person to execute those plan, would she please accept the job. “It has been a fantastic journey. My first internship after graduation in 1995 was at the City of Memphis in the then CIO's department so it's an amazing feeling to now occupy this seat!”

Between 1995 and now the perception of IT has changed, but she knew that much more change would be needed. “I wanted to change how the organization looked at the IT division - not just as a glorified emergency service but as a strategic partner. Just before the pandemic closed us down we did a roadshow, invited all the department directors and their deputies, and asked them what they needed, what challenges they'd faced in dealing with our division, and how they thought we should move forward.” This dialogue altered the relationship radically, and also made it easier for the CIO's department to implement its own programs. As an example, she identified a large corpus of shadow IT where departments had accrued their own solutions. They were very amenable to her suggestion that these be replaced by enterprise solutions wherever possible. “Now they see us as the people to help them make the right choice, confident that we want what works best for them.”

Bailey's intimate exposure to HR work over many years helped shape her leadership style. The human element became critically important as Covid-19 struck. “I don't just check on what my teams are doing, but how they are doing: they are more than a resource for us: we are a resource for them and all 8,000 city employees too.” Kimberly Bailey's approach is best shown by her actions: her first action on becoming deputy leader in 2019 was to schedule a 15-minute one-to-one meeting with each of the 80 staffers in the IT division. “I want to know what each person does, what they like about their work and what they would suggest to make it better. I know them and they know me. We have a portal where you can chat with the CIO any time. I schedule these meetings myself so they don't have to go through my EA” And since the lockdown she has continued to add members to her team – nobody lost their job, indeed there have been advantages as she is now able to onboard people who live in other cities.

Leading in an emergency

By March 2020 the IT Division found itself having to respond to unprecedented circumstances. “We immediately decided to send home our non-customer-facing people, like programmers and developers and project managers. They could work from home easily and we needed more space for the people who did have to come into the office so they needn't work in proximity.” These guys probably had the right hardware, but not all the city's employees had. What to do, when 500 laptops and docking stations had to be sourced in short order? Very fortuitously Bailey and her deputy had recently paid a visit to a local IT recycling contractor, ER2. “I have to admit that I was not enthusiastic about going there initially, but the place was only five minutes from our office so we went along anyway. We were blown away to find out that they not only recycled but also provided hardware and did imaging. We had found a very lean outfit, very well organized and a very good partner for us. So, two weeks later when we needed these laptops we went to them rather a local retailer. I reached out to them and they responded immediately and they were able to deliver.”

This was a great confidence builder for a division led by an untried CIO at a time when Memphis needed its IT team to deliver. It also illustrated the value in the focus she gives to relationship-building. “Everything came together as if we had practiced it beforehand.” she said. As it happened, the way was smoothed by the fact that Microsoft Teams software had already been purchased by the City of Memphis though it had never been turned on. “We turned it on and we put together some quick reference guides and training materials. We simply sent everybody home and that worked and it has been phenomenal all the way through and everybody has responded and it has been a very good experience for us to see how we have been able to come together with partnership-building and relationship-building.” In fact, so successful has been the move to remote working that this arrangement will be made permanent for many.

The tools may have been in place but that's only half the story. We've seen how Kimberly Bailey leads by consensus, not wanting to impose solutions as it were, from above. So right at the beginning of the process she surveyed her teams to see how they felt about working from home. “I wanted to be mindful of the fact that many of my team have young people studying and maybe elderly relatives who need attention from time to time. We have a hoteling arrangement: if someone needs to come in or a team needs to meet, they can schedule a space. We don't want anyone to feel excluded, we just want them to feel as safe as possible. I think the team appreciates the flexibility with the ability to work remotely and being able to come in and meet with colleagues and customers when they have to.”

During this time, the work of the IT Division has had to continue uninterrupted, with some 50 different projects currently ongoing. The data center has been upgraded and relocated, and a number of transformational projects started. Outstanding among these has been the implementation of DocuSign. “We are a government entity so we deal with a lot of documents – these get drafted then they move up the authorization chain until they get to the Mayor's office, usually many days later. With people working remotely this process, always cumbersome, is near impossible so DocuSign has been invaluable in cutting the time it takes to get contracts and official documents through. Everyone really appreciates being able to still continue business at home, using any device, without waiting for the paper to come across their desk.” Now the IT team is looking to extend this facility to residents when they interact with the City.

The other big transforming upgrade came in the nick of time, being installed just as remote working came in April 2020. “We were operating with a 20-year-old PBX system, and only one person in the organization knew how to keep it going! Our telecom technology team was influential in selecting the most effective new system for the City, and that's when we chose Mitel as our provider.” The MiVoice system custom designed for Memphis allows call center managers to listen in and coach their teams, a function they had asked for. “We are rolling the system out across the entire enterprise – it is helping us get into that digital space where we want to be, and above all the users are all appreciating the benefits of a communications structure that is fit for purpose

So, nothing had to stop because of Covid, though budgets were hit across all departments. “We had to save money,” Bailey admits, “but I think we have managed to find ways to scale back. I was glad not to let go of any of my staff as some departments may have had to: we just looked at how we were doing things and how we could do them differently. Remember that saving time always saves money.”

Her readiness to listen to her team’s suggestions was demonstrated when her security team suggested an upgrade of the security platform. They brought a convincing business case for introducing an endpoint security platform that would give better antiviral performance than the legacy Symantec software – they also wanted to start compliance training for the staff to minimize the vulnerability of the system with so many people working from home. “They found a great program in CrowdStrike: it is trackable and user-friendly, it's a lot better for our purpose and we get to push it out to more endpoints in different divisions.” At their instigation, they started a monthly security newsletter to keep employees aware of issues, and started compliance training with the help of Infotech.

Post-Covid, many efficiencies that have been introduced will continue to yield benefit. Nevertheless she looks forward to the day she can return to normal levels of spending allowing her to bring on more transformational ideas, “Innovation is always in my sights. We have a three-pronged approach, infrastructure, implementation, and innovation. We had to do so much infrastructure and implementation work in that first year, but now we can start to look at ways we can bring in automation, machine learning, chatbots and IoT.” With competent leaders in her team to oversee the infrastructure and implementation piece she will take personal charge of innovation once the foundations on which it rests are where they need to be.

For now, though assessment, then rationalization, of the IT environment takes priority. “I am proud of the foundation work we are doing, which will ensure that whatever innovation we put in place will be sustainable. So, we are carefully looking at what applications are aging and need replacing, or where we can save money by shrinking some of the complexity, or by phasing out some of the solutions that have accrued over time. We have more than 200 contracts in place with a host of different vendors, and we do need to cut that vendor base down to size.” 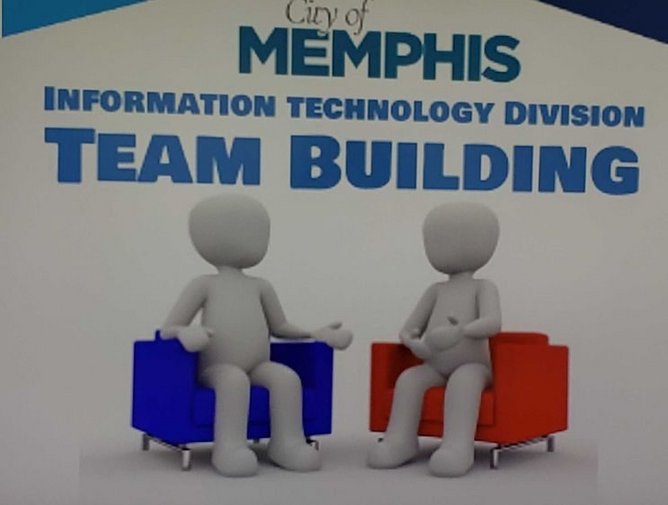 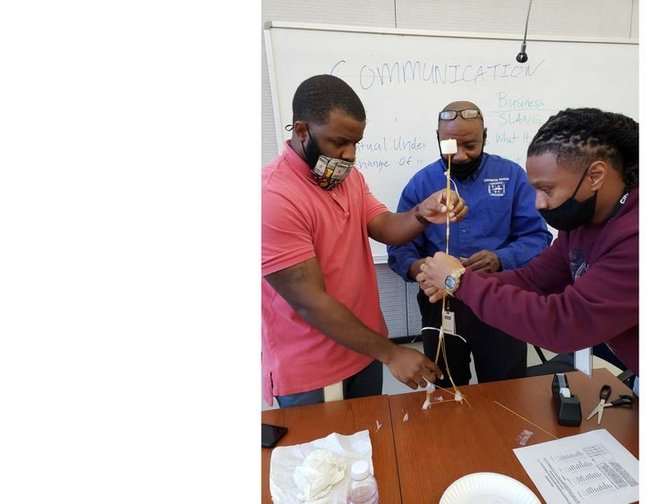 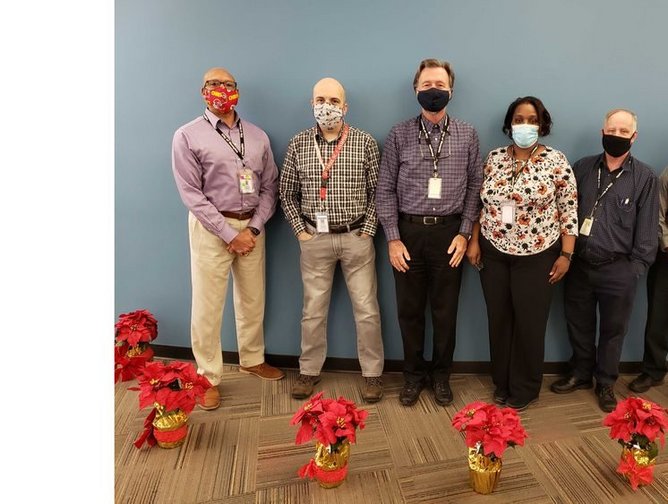