Most of us wouldn’t enjoy the idea of being accountable to 500,000 people but Matthew Richard, Chief Information Officer at Laborers’ International Union of America (LiUNA), looks relaxed as he reflects on its cloud transition changes, and prospects of driving digital benefits to its large membership base across the United States and Canada.

With US construction on the up and incoming President Biden’s Bipartisan Infrastructure deal in the offing, LiUNA finds itself in a sweet spot. The Union pushed hard to vote Biden in, and has a close ally in new Secretary of Labour, Marty Walsh, who happens to be a LiUNA member.

“If the deal makes its way through Congress, that’s a lot of work for us, and puts money into the benefit plans of our members,” said Richard. “We could be talking multiple decades’ worth of work.”

A strong believer in infrastructure – both parents worked in the natural gas industry – he has wanted to see construction investment prioritised for some time, and even though nothing is sure in politics, he senses the country is on the cusp of change.

“It’s fair to be sceptical but I think the Democrats have alternative options, and we’re confident something will get done.”

Another key reason for the optimism is the structural changes which have accelerated during the pandemic – notably the emphasis on energy, sustainability and digital transformation. “There is plenty of work in the renewables and green energy sector. From a technology standpoint, I support that, and try to put the tools in place where we can show why these policies are important to our members,” he said.

For all its membership size and geographic spread across nine regional offices, LiUNA’s remit is refreshingly steadfast: to advocate good paid jobs for members, in safe working environments, that help support families.

“My job is to look at all the technology initiatives, set the strategy, and set standards for our affiliates to use. We don’t mandate, they have autonomy, but we set some standards on data collection,” he says. “So when the pandemic started, we were able to get our employees pick up their laptops and work from home. We had training kits which didn’t need too much provision. Google Meet was a big part of keeping the ‘face to face’ and Zoom for some of the more advanced features. I don’t feel as an organisation we really missed a beat.”

In terms of its overall digital transformation, Richard says he is happy where we’re at. “I have a strong team of world-class developers – we only have five developers, and that’s why we rely on partners heavily, and we have a support team which manages all the day-to-day tasks – and that’s only four people.”

LiUNA was able to retire over 40 legacy applications and build everything into Appian, where it now processes all membership data which connects with 300-plus local affiliates and 40-plus district council affiliates. “That’s empowered our team to build these powerful applications quickly.”

Converting the infrastructure to cloud-based AWS was crucial in helping us prepare for the pandemic. There were two stubborn legacy servers – one was moved to a SaaS provider and the other went to hosted infrastructure.

“We’ve been moving to a cloud-based modern infrastructure and software platform over the last nine years and finished migrating our last application this year,” he said. “For us, the biggest benefits of the cloud are the adaptability – the ability to modify ‘on the fly’ quickly when information comes available, and that enables us constantly to lower our costs and take advantages of new offerings, and we’re using Snowflake for most of our back end. We’re working remotely all the time, and made secure access easier everywhere.”

His focus is primarily international. “We put platforms in place that can handle ramp up of thousands of users if needs be, and easily and securely integrate with our international systems,” he adds. “It’s all about better data collection, easier processes for our affiliates and faster processing times. We’ve brought the timeframes down from months to weeks to hours, and I see it continuing to evolve.”

The transition is likely to be a multi-year effort, requiring ‘buy in’ from affiliates at grass roots. “They’re happy sharing information – it’s more a comfort level, demonstrating that we’re here to help and working through technology issues,” said.

He stresses the integral importance of its General President, General Secretary-Treasurer, & General Executive Board, who are huge champions for embracing this technology change and setting the tone that we’re going to collect better data and make processes easier.

“It’s that wind in our backs which gives me confidence over the next few years – that the standardisation and modernisation we’ve done internationally, we can do at affiliate level. None of this would be possible without the General President, General Secretary-Treasurer, and General Executive Board – they have been hugely supportive of technology. It’s their advocacy which makes what we do possible.”

In terms of next steps, he foresess further integration, oriented around mobile technology.

“People live and work on their phones, so if we’re not making it mobile accessible, we’re failing them,” he says. “I would like to see an app that can show your status, your pension, and other key personal information – that could be within five years. I hope we can find some pilot affiliates and see if we can enhance that connectivity between local and international – that could bear a lot of fruit.” 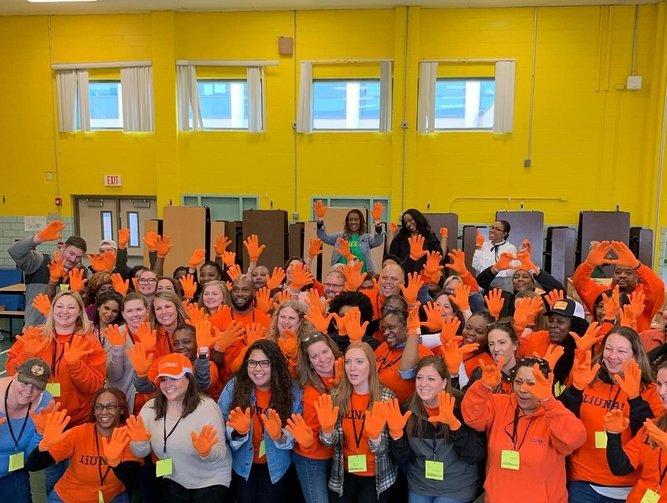 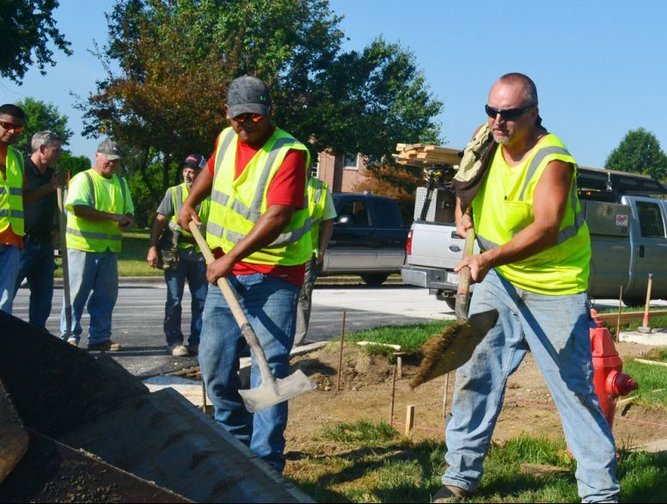