The Coca-Cola Company (TCCC) needs no introduction, seeing as it is one of the world’s most recognisable brands. Maintaining that privileged position requires the input of all of its different departments, and, in this regard, IT is no different. Damiano Marabelli is in charge of the company’s IT operations in one of its biggest business units (BUs), as he explains: “I joined TCCC as ‘Central & South European BU IT Client Engagement Director’ at the beginning of 2013. Then I was asked to structurally merge the IT operations of the above BU with the Russia, Ukraine and Belorussia BU; creating the second biggest BU outside North America: the Central & Eastern Europe Business Unit (CEE BU) with its headquarters in Athens”.

The CEE BU operates in one of the most diverse business contexts in the world: encompassing 411 million people in 26 countries (four - Italy, Russia, Poland and Romania - account for more than half of the CEE business); 23 official languages; 16 currencies; only seven markets above a population of 10 million and four main bottler partners (SIBEG in Sicily, CCBS in Albania, GSD in Malta and CCH in all other BU territories).

Damiano is guided in his role by the objectives previously set out by Barry Simpson, Senior VP and Chief Information Officer at TCCC, who two years ago articulated a digital transformation program known as ‘Digitizing for Growth’. The three main objectives of the program are: ‘digitizing for the Consumer’ by creating more personalised, predictive and emotive experiences by harnessing data and analytics; ‘digitizing for the Customer’ by building new routes to market and forging additional partnerships alongside strengthening existing ones; and ‘digitizing the Enterprise’ by investing in capabilities to create an agile, engaging and productive workplace. To achieve those aims, TCCC is focused on continued investment in digital marketing, ecommerce platforms, scalable sales and commercial technology.

TCCC’s unique relationship with its bottling partners is another important consideration for its digital transformation. Together referred to as “The Coca-Cola System”, in short the network involves TCCC supplying beverage products to the bottling partners which then add other ingredients, package the products and distribute them through four main market channels, known as: Supermarkets, Convenience, Discounters and HoReCa (including bars, pubs, restaurants and cafeterias). While gross profits for bottling partners are often healthy, operating margins are much thinner, which leads TCCC to pursue innovations. “TCCC invests heavily in category development, both creating innovative packaging solutions and fostering brand development,” says Marabelli. “Given its multi-segmented shopper and customer base, TCCC must spend heavily on market research - it’s necessary for TCCC to stay ahead of changing market trends, consumption behaviour and competitive tactics.”

The close relationship with bottlers extends to joint IT projects. One key innovation introduced in the last few years is Price-Profit-Volume Simulator and Assortment Optimisation. Powered by Microsoft solutions including Azure, PowerBI and the .NET framework, the software leverages an experience whereby CEE BU and Coca-Cola Hellenic Bottling Company worked with McKinsey to build scenarios and volume projections for profitability and margin improvements. “Revenue Growth Management (RGM) is the core business process in The Coca-Cola System,” Marabelli explains. “It maximises system revenue by systematically identifying pockets of value and by activating offerings that most profitably convert shoppers into buyers. The essence of RGM is in understanding consumers’ perception of product value and accurately aligning product prices, placement and availability with each customer segment. These simulation and optimisation capabilities support this process and have already been rolled-out across several other BUs and bottlers.” RGM will continue to be a focus, with a new generation of RGM analytics being designed to harness AI and machine learning to elaborate on insights and realise profits.

Consumer-facing technology has also been a focus, as with the company’s recently launched app aimed at teenagers. “During 2019 the brand new Coca-Cola app was active in 17 CEE markets, fully leveraging the business unit’s digital marketing ecosystem that also includes a GDPR-compliant consumer database, a consumer promo engine, a social media listening and engaging center and so on,” Marabelli elaborates. “The mobile experience covered by the app involves user-generated content, loyalty and promotions - users upload pictures and unlock words to build stories by participating in promotions and earning points to be exchanged for digital prizes.” Since its launch on 1 March 2019, more than 1.6 million consumers have installed the app, with more than 250,000 of them using it actively every month. “As a result of that, more than 1.3 million consumers have registered in our consumer database, 1.4 million stories have been uploaded to the app and more than 4.3 million pin codes have been redeemed - corresponding with the same amount of drinks being purchased.”

The delivery of such systems stems from a reimagined role for the IT function, which Marabelli traces back to previous CIO and Vice President Ed Steinike. Marabelli remembers the words of Steinike, who previously said: “It’s all about people. Just like Coca-Cola’s marketing organisation, which hired some really smart people in the field of digital and interactive marketing, we started to recruit talented IT people who were more entrepreneurial, a little more strategic in their thinking, and who connected better with what marketing was trying to achieve.” This reinvigorated culture has also been reiterated by Corporate CIO Barry Simpson, with Marabelli taking a number of lessons from him, including IT’s role in helping TCCC to implement its ‘Total Beverage’ strategy, which involves broadening its offering to become more consumer-centric. As part of that, Marabelli emphasises that IT must be capable of adapting to the new ecosystem and constantly reinventing the way the company does business.

It is with this strategy in mind that Marabelli conceptualises his department’s future path: “It no longer makes sense to think of IT as a separate entity from marketing, finance or supply chain. From product development, intelligent supply chains, advertising and mobile payments, technology has become an integral ingredient in all aspects of businesses. We are shifting from builders of technology to architects of possibility that will enable our business’ success as a ‘Total Beverage’ company. We do not solve technology problems; we use technology to solve business challenges.” 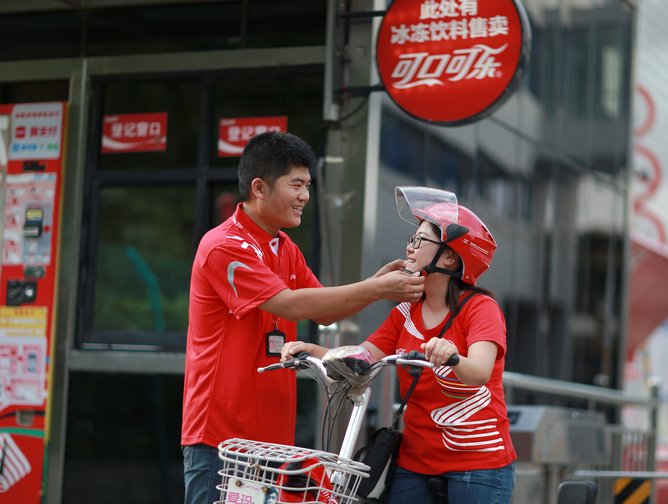 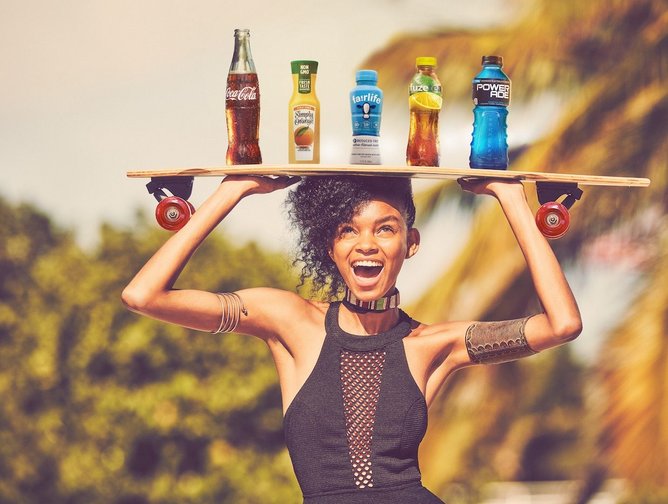 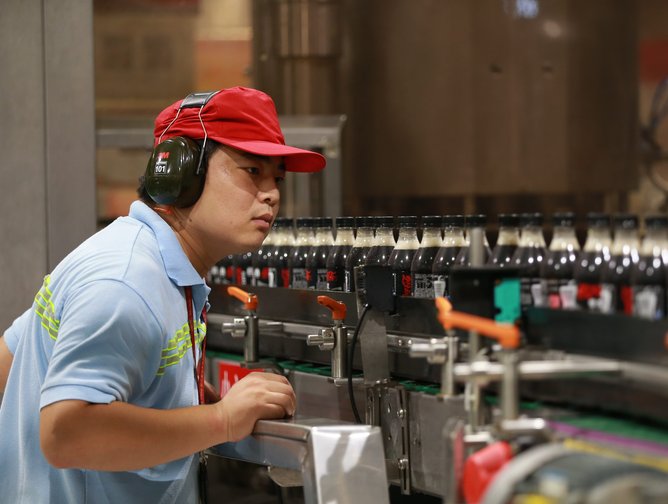 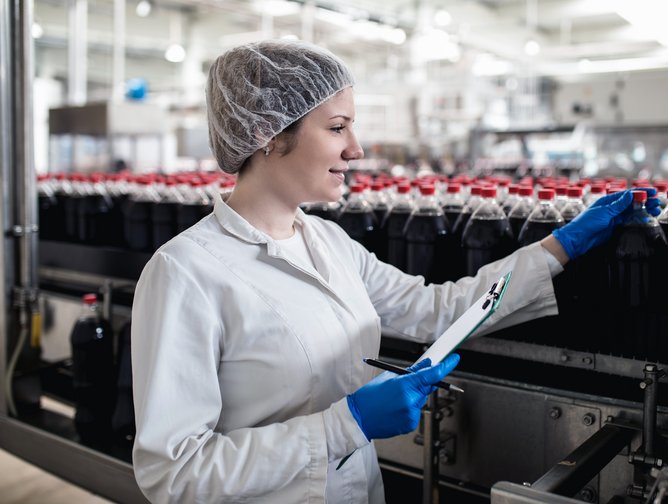 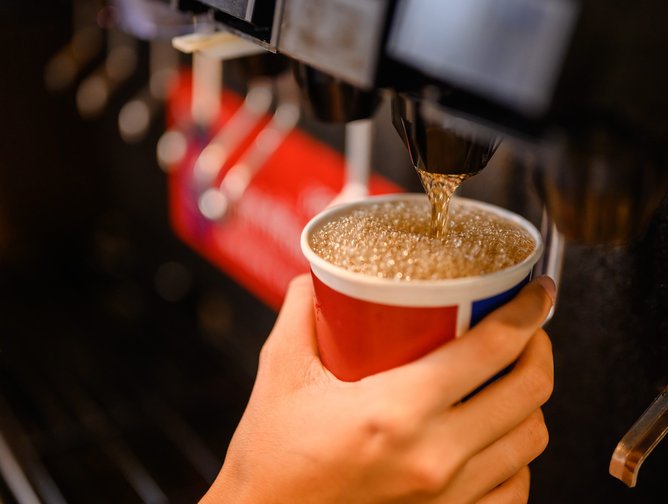