Department of the Air Force: a vision of the future

View Full Report
Innovating at the speed of relevance is easy to say, harder to do. The people getting it done at the US Department of the Air Force explain how

If there was a word to describe the mechanics of government work, it would be ‘complex’. And complex, in software terms, is never a good thing. No one likes to work with dirty code. Yet government’s the world over have spent decades implementing diverse solutions with scant regard for their interoperability or leanness. Now, in the age of data, the importance of having forward-thinking software strategies means a rethink is due.

For that, the US Department of the Air Force enlisted Preston Dunlap, its founding chief architect officer. Dunlap’s past – a blend of fast-paced startup world and public sector experience – makes him the ideal candidate to overhaul legacy technologies and cultural behaviour without making the same mistakes all over again.

“You’ve got to have the vision to try to move that system into a world where you think it ought to be able to operate more nimbly, accelerating change and being able to have new effects,” Dunlap explains. “Then be able to create those pipelines for fresh ideas and new technology and capabilities, and people who are able to make a difference.”

Dunlap couches everything in terms of the ‘end state’, a theoretical finishing line that government and commercial leaders want to cross. But the route to the destination is fraught with danger. “Like anything else, it takes that drive, expertise, know-how and relationships to make true difference happen and to happen at the speed that’s relevant because you can make change, but it can feel like molasses if you don’t navigate it effectively and appropriately.”

People are at the very heart of Dunlap's transformational aims. “You’re looking for the people who know where you need to go or get excited about moving quickly. They have the tenacity to be able to make a difference, the technical wherewithal and operational sense to work with customers.”

But the move-fast-and-break-things ethos doesn’t always sit well in the halls of government. Dunlap describes it as like working off an idea on the back of a napkin with a twist: “the napkin sits in the bar for two and a half years before you can do anything with it”. That creates a problem for small companies who would like to partner with government agencies but can’t afford to wait that long. It means the government misses opportunities to work with the best minds and technologies.

Vision of the future

So how does it all come together? “You’ve got to have a compelling and creative vision of the future,” Dunlap says. “That’s everyone’s job. It’s certainly the job of our secretary of defence and our senior leaders in each of the departments. But one of the things that makes it stick is whether people are excited about it. The next level down is creating the space and the opportunities and the protection to be able to try those new things the leaders talk about. Turning speech to reality is so difficult.”

That’s a mantra Dunlap saw in the startup world as well. “It doesn’t always work. You learn something from that and you try something different. You keep going. Every entrepreneur has got that same experience in their back pocket. You can’t fold and wither. You need to be able to explain to the stakeholders and the board of directors that it’s actually good to fail and learn from an experiment that costs a few dollars instead of waiting seven years and finding out something’s not working billions of dollars later.”

This DevOps approach is a holistic dream, and in many respects Dunlap – as chief architect officer – takes an overarching view of how both development and operations overlap. But his software is populated by data like the atoms making up the universe. Presiding over this strata of the technology is chief data officer Eileen Vidrine. Has data become more important to government work?

Vidrine is unequivocal. “The appreciation of, and value of, data has grown exponentially, especially over the past year or so. Part of the culture change is not about how we operationalise data, but think about how our customers need to operationalise the data. When we look at areas like mission enablement all of these data sets are really critical to inform key mission areas. I like to say that the mission is the nucleus of the atom and all the spheres of that atom are the mission enablers, and we need all of it to really optimise decision making and drive insights. The change we’ve really been driving over the last year has a holistic enterprise focus that is driving meaningful change, which is really exciting.”

Data, Vidrine says regarding the key to smart working. “Is there still, as the saying used to go, no such thing as too much data? “There are some datasets that have higher opportunities for return on investment,” she counters. “There are some datasets that we use in the majority of use cases. So getting those datasets into visible, accessible, actionable, and really high quality data is really the starting point. And one of the other big efforts we’re making is focused on visible data analytics.”

Indeed, visible and accessible data forms a central platform of the Department of Defence’s combined data strategy. Other strands of that strategy include data that is understandable, linked, trustworthy, interoperable and secure. The last word is close to Vidrine’s heart. “It’s all about zero trust, but it’s also about partnerships. Secure data is something we have to get right.”

Data management is changing, not least because machine learning can do so much of the heavy lifting when it comes to data mining and analysis. The Department of the Air Force has an AI accelerator based at MIT, where researchers work alongside airmen and guardians to refine and develop the AI required to process data at mission speed. “Having that data at the point of the decision making opportunity is critical,” Vidrine explains. “I don’t think that’s about one technology or the other – you have to have the right capability for the right purpose at the right time.”

None of this – the overarching software architecture, the data capture and analysis – is done in isolation. A web of partnerships must be coordinated to deliver the tools that will enable the digital transformation of the Department of the Air Force. As well as ‘defence prime’ (the top tier of defence contractors, including names such as Raytheon and Lockheed), there is a vast array of smaller, equally vital, partners. For Dunlap, this forms a triangle between the primes, the wider ecosystem and the open architecture that allows it all to “snap together like Lego blocks.”

“The list of commercial innovation partners is not endless, but it’s growing,” he says, alluding to AFWerx, the incubator for new partners and their work with DAF. Dunlap calls it “the front door to be able to make it easier for small businesses to integrate into the sphere.”

Those smaller companies hold the keys to a more nimble future in defence procurement. “They’ve got a passion not just to serve commercial companies but to really work for the national security community,” Dunlap says. “That’s from the perspective of a public and global good. Roughly 80 per cent of the companies working in this transformative digital technology space would be companies that have never done a contract with the government before, or if they did it was very minor. Two years ago that would have been 10 per cent.”

That’s an impressive motion, which begs the question: what does the future look like for the Department of the Air Force? Dunlap turns to an aeronautic phrase. “We’ve got a lot of runway left. There’s an opportunity to get mission, operational and business data in a way that has tremendous impact. We’ve got the right relationships to compress the timelines that even the commercial greats in these areas have done, because we can learn from them. There’s a wave of digital transformation that’s at our doorstep. If we walk into it, it is going to have ripple effects so that no individual capability – your tank, your bomb or your satellite – is going to be good enough in the future. If that hypothesis of the future is true then that digital structure and foundation is just so important.

“I think we’re going to see tremendous acceleration of technology and it’s on our shoulders to be able to actually ride that wave.”

Beyond that foundational piece is a wealth of technology waiting to reach maturity – in AI, virtual, augmented and mixed reality – that will bolster the snowballing technological revolution. “I think those are some of the most powerful capabilities in the digital sphere and they’re going to make a big difference,” Dunlap observes. “And it’s up to us to adopt and integrate or we’ll fall behind.”

For Vidrine, the future is about making data part of the human experience. “The Department of the Air Force is driving to build data acumen for every airman and guardian,” she explains. “We are driving to make data part of every airman and guardian’s core DNA. In the future, we won’t be talking about data because data will be part of who we are everyday. It will be part of our ecosystem and our DNA to optimise performance and drive decisional advantage.” 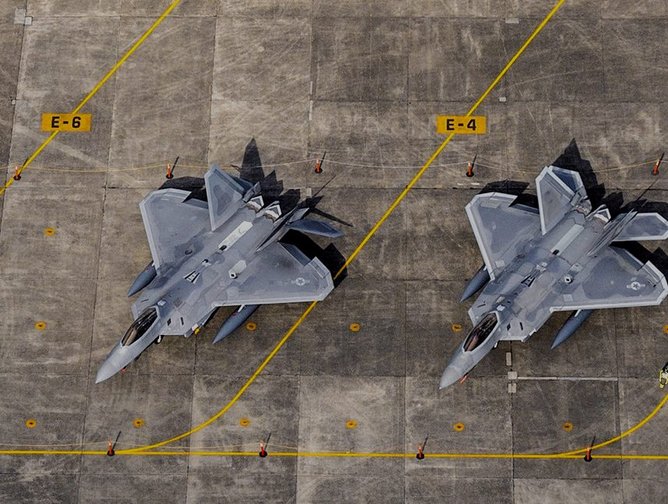 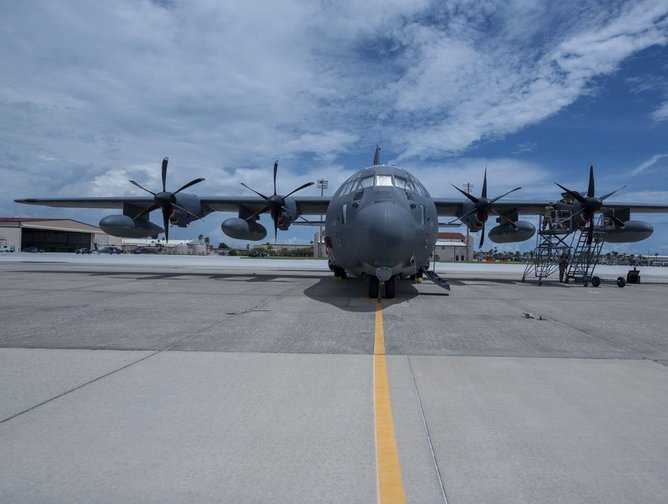