Driving transformation at the DVLA

Over the years the DVLA has embraced modern technology, moving many of its services online. For example, driving licences can be applied for or details amended online, rather than using a paper form. Such digital transformation continues to this day through the DVLA Strategic Plan 2017 to 2020, which lists both moving to more agile and cloud based services, alongside online processes for notifying a medical condition, in its priorities.

“DVLA spends over £300mn a year on goods and services. It spends a lot more on goods and services than it does on staff, which is unusual in the public sector,” advises Andrew Falvey, Commercial Director. “My team manages around 300 contracts – about 250 of which are IT contracts, along with 2,500 data sharing contracts and 250 agreements with other government bodies. The biggest category we have in terms of spend is IT.

“We've got 15 fully MCIPS qualified staff and another 20 staff being trained to this level at the moment. Overall we have about 68 staff in commercial roles in my Directorate.”

With 45mn driver records stored in its systems, IT is fundamental to the DVLA. “They are mission critical,” Falvey comments. “If our systems at DVLA go down then about 4,000 people stop work, so availability is huge, resilience is massive. Supporting that is very important. The challenge we've got is the age of our IT systems, they are dated legacy systems. We're six months into a transformation programme to move away from these legacy systems, and to totally re-engineer and re-architect our IT. Supporting that is a massive priority for our IT commercial team.”

As the largest category within the commercial directorate, around 25 employees are entirely dedicated to IT. The DVLA has moved away from big IT contracts. It has some enterprise agreements with companies like IBM and Oracle, but the vast majority of its IT contracts now are two years in length, which is following GDS (Government Digital Service) guidelines. “We're moving, as much as we can, into open source to get away from being locked into long-term supply contracts with IT suppliers. We've also got a very big cloud transformation programme going on as well,” explains Falvey.

The move away from big IT contracts has been a major change for the DVLA in recent years. “One of the major milestones for DVLA has been insourcing our IT function, which was back in 2015. We insourced over 300 people, which followed the end of a long-standing IT contract. That created a great deal of work for the commercial team, in terms of novating and insourcing all the contracts that were part of the outsourced contract,” Falvey advises.

“We ran a commercial project for 18 months to do that, and successfully managed to insource or novate around 180 contracts. I think the perception was that when we insourced we'd have fewer IT contracts, but of course when you insource you're suddenly in charge of all aspects of IT. Therefore, everything – from licences, support and maintenance, hardware, software, resourcing, contracting – comes in-house. So, that's been a big change for us in the last couple of years.”

For this project, the team won the award for the Best Public Procurement Project in 2016 at the CIPS (Chartered Institute of Procurement & Supply) Supply Management Awards, and the GO Award for Best Contract Management Initiative in 2015/16.

This is not the only area in which the DVLA has won an award recently. The agency won the Skills Award at the 2017 Civil Service Awards for its CLASS programme. “I'm very committed to learning and development, and we've been running for the last couple of years a programme for upskilling and developing our staff. We call it CLASS, which is an acronym for ‘commercial leadership and skills support’. The CLASS programme's been very successful,” states Falvey.

“We've got staff doing professional exams with CIPS, and we've developed our CLASS programme, which aims to complement formal CIPS training and includes practical learning modules and work-based projects. We've also got a mentoring programme, which is more informal, and staff take-up of this has been excellent.”

As with the IT contracts, CLASS is run entirely in-house by the DVLA. “We have done that all ourselves, that's why we're very proud of it, because it was devised, developed and designed by my staff, working with colleagues around DVLA,” Falvey explains.

For people living in southwest Wales, the home of the DVLA, employment opportunities are often challenging to come by. Indeed, according to StatsWales, Swansea has an employment rate of 67.9%, making it within the bottom three areas within Wales. As such, staff tend to stay with an employer for a number of years, making it even more important that the Agency invests in its employees and encourages continuous training and professional development.

“We've very much got a grow-your-own philosophy. We do advertise jobs externally and we have brought in some external people but it's relatively light. The great majority of our people have been developed and trained, and come through the ranks. I think that reflects the employment situation around here. There aren't a lot of qualified procurement professionals around, and the ones who are, are working for other bodies and not necessarily able or willing to move,” Falvey advises.

The DVLA employs over 5,000 people and is one of the largest employers in the region. “I've been here the last seven years, and we've lost very few staff. I think we've lost about three, maybe four professional, qualified staff in the last seven years, one of whom has come back to us, which is interesting. We're adopting very much a grow-your-own, develop our own philosophy,” Falvey adds.

A further significant project undertaken by DVLA Commercial has been around category management. “We completed a project over six months, called Optimise, and that realigned our category management and restructured our teams to make sure that we were geared up to support the business. That's been quite a big change,” Falvey comments.

“We've run category management for some time, but this was updating it and refreshing it, and making our resource planning sharper, so that we're better geared up for the inevitable peaks and troughs that go with the work. We’re also involving senior colleagues more, which is improving internal business relationships.”

Optimise, too, was a project where the staff at the DVLA took full control and ran it in-house. “I'm really proud that my staff have managed to do these things with little or no external support. I think that's part of what makes the improvements even more significant, that we haven't brought in armies of consultants, or teams of contractors to help us, we've done this ourselves,” Falvey says.

Whilst the registration and licensing of both drivers and vehicles is what the DVLA is best known for, DVLA Commercial is involved in a much wider array of activities. “We undertake selling of our services. DVLA offers services to other parts of government. We produce cards for the Home Office for example. We also produce cards used by the freight industry. We undertake printing for other parts of government – we're doing printing for GDS Notify, for example,” Falvey observes. “I've got a small team that handles where DVLA offers its services across government, or to other public bodies.”

Personalised registrations are another area in which DVLA Commercial is involved. “We sell registration marks, which is an unusual activity in government. We've got a commercial website and I've got a small team that manages that as well, and that brings in about £100mn a year, so it's a significant income generator,” states Falvey. That money goes to the Treasury, not to the DVLA.

“It's another interesting aspect of commercial activity at DVLA, which is one of the reasons I wanted to join, to be honest, because it's never less than interesting,” continues Falvey. “When you talk to people, they assume that we're the driving licence people, and we are, and you get your vehicle log book as people call it, the V5, from us as well. But as you can imagine, behind that there's a lot of contracting, and a lot of goods and services to be procured.”

Naturally, the ongoing transformation programme will be a key focus for the DVLA over the next few years, and the Agency has a strong sense of direction looking ahead. “It's going to take us a couple more years until we get to where we really want to be. But we’ve got a roadmap for where we want to go, and we want to become a multi-channel business, and I think we're well on the way. I think what DVLA's done in the last couple of years is start to build a reputation as one of the more solid delivery parts of government,” Falvey concludes. 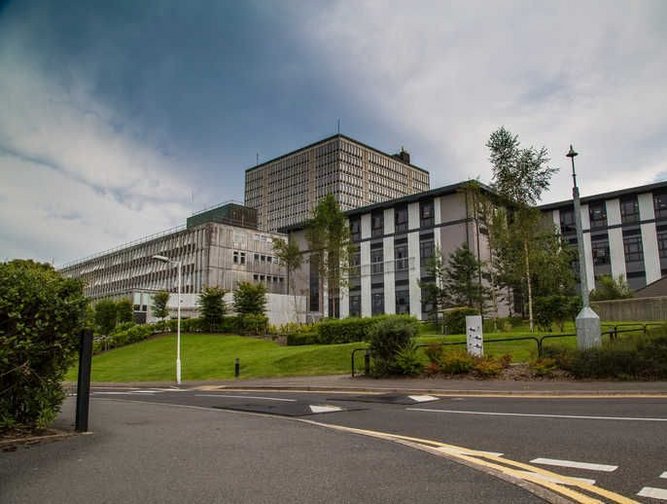 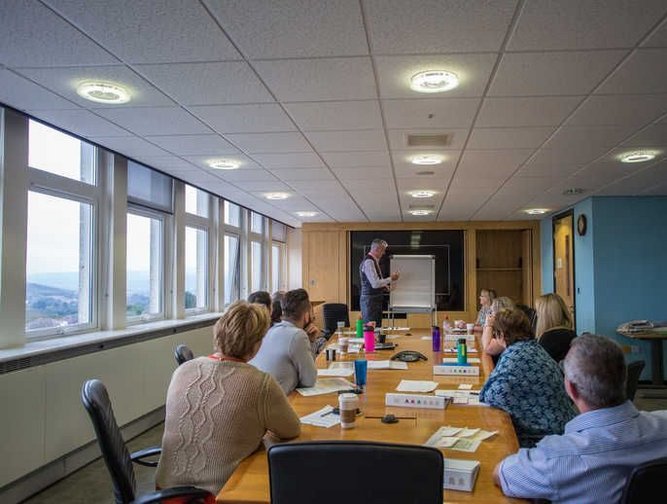 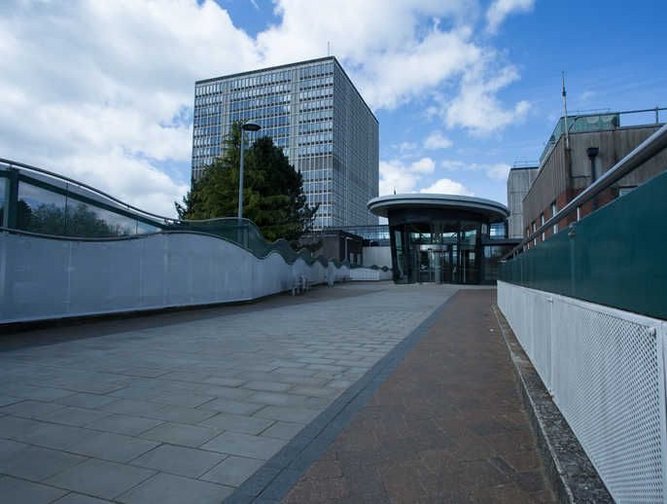 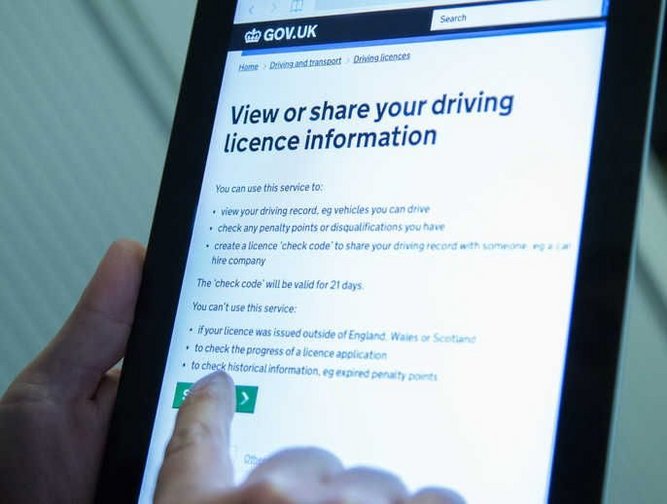