Flexential drives digital transformation through a robust and holistic data

View Full Report
CEO Chris Downie discusses the key differentiators putting Flexential ahead of the competition as a flexible and essential data center operator with a c...

Having combined in August 2017, Peak10 and ViaWest rebranded as Flexential in January 2018 to highlight the organization’s commitment to being both flexible and essential to its IT customers. Since then, the data center and hybrid IT operator has continued its forbears’ strong expansion methodology and commitment to the customer experience. “We spend a ton of time making sure that we’ve got a customer success culture – an organization-wide strategy that puts customers at the top of the pyramid,” says CEO Chris Downie.

A seasoned data center industry veteran, Downie is also a passionate rugby fan with both college and postgraduate playing experience. He carries the cooperative, strategic and spiritual ethos of the sport through his role as chief executive – with great success thus far. “Rugby is a sport where strategy and teamwork are key in terms of how you execute plays – you have to pass backwards to advance your team and there are no breaks between plays. At Flexential we also focus on strategy and teamwork. Our brand is anchored in the concept, ‘The power of people in a technical worldÒ‘, which for us is all about making our customers successful. Their success is infused in everything we do.”

Having been at the heart of the data center industry for more than ten years, Downie has seen firsthand how it has become a vital component of modern business. In light of today’s demands for capacity, security, redundancy, reliability and recovery, flexibility and network expansiveness, Flexential has invested heavily in establishing itself as the best option for companies undergoing digital transformation and expansion across the US. The sheer volume of data being created and being digitized is set to necessitate continuous upgrades to capacity as more data-heavy technologies take root.

“There are massive amounts of data being generated for technology, such as artificial intelligence (AI) and a whole host of other applications requiring a data center to function effectively,” says Downie. “Having the capacity for this accelerating growth, and the exponential amount of information that needs to be stored, contained and kept safe for the rest of time, is massive for our strategy going forward.” With 40 data centers across 21 US markets, Flexential has not only the capacity but also the geographical reach to set it apart from a significant chunk of the competition. “Having the ability to offer our products across a broad geographical reach allows us to get in front of demand across the country,” adds Downie.

The company recently announced expansions to its facilities in Portland, Nashville, Charlotte and Atlanta. Highlighting customer demand for solution providers with broad capabilities, Downie is enthusiastic about Flexential’s ability to go beyond the traditional expectations of a data center operator. Enterprises increasingly operate in a hybrid world where their infrastructure is located in many physical locations and in a variety of forms, making Flexential an ideal choice as the home base for a customer’s hybrid IT operations. “We can provide our customers a variety of cloud and colocation infrastructure choices, helping them manage and protect the data that fuels their business, and most importantly interconnect that infrastructure in a highly scalable, secure, and reliable fashion,” he says. “Our ability to offer professional services that can solve the challenges that our customers face serves to make their engagement with Flexential even more meaningful.”

Flexential’s broad utility set is further enhanced by its stellar network capabilities, and its aggressive investment strategy in this area is reaping dividends. As more and more enterprises are considering architecture for edge and distributed computing, as well as machine learning and artificial intelligence toolkits to analyze how data is being consumed and where, Flexential is working to help them “future proof” their infrastructures. “One of our critical differentiators is the network; the investments we’ve made in resources across our portfolio enables our customers to federate their data and resources anywhere and everywhere they need to.”

A significant facet of  Flexential’s network platform is its access to the Asia Pacific market via subsea cables. Hosting direct access to three trans-Pacific subsea cables, supplying connectivity between Asia and the West coast of the US offers a huge opportunity to Flexential’s customers and makes Flexential more competitive abroad. “The New Cross Pacific (NCP) cable has some of the largest cloud and communications providers in Asia as consortium members, and it extends to China, Taiwan, Korea and a whole host of other countries,” says Downie. “We also host the Hawaiki subsea cable which extends to Australia and New Zealand. In hosting those cables we have an entry point to massive data sets, and this puts us in a position to assist consortium members, and other customers that want to be near those cables, to complete the solutions they’re looking to build in the US.”

Flexential has also been actively investing in capitalizing on the opportunities afforded by its size and geographic reach, namely the ability to communicate with larger customers that make decisions across multiple geographies and themselves have demanding requirements. “You can call it wholesale, you can call it multi-megawatt transactions, but it’s really serving large enterprises, large technology companies with greater deployments than your average company.” Flexential has been investing in its internal capabilities to facilitate such deals with growing success. “We have a 3MW deal in one of our western markets, with a large SaaS provider that’s focused on data storage; a hyper-scaler in terms of their global growth. We have also secured a 1.5MW contract with a financial institution at one of our southeastern facilities, and that’s going to become one of the largest processing centers for financial trading transactions in the world.”

The attractiveness of Flexential’s offering is further compounded by its leading security and recovery capabilities, aiming to maximize peace of mind for customers. “Security starts with the physical security of the data center itself,” says Downie. “We’ve been very focused on meeting and maintaining compliance standards across a number of verticals in our domain. We also have a host of security functions built into our network to ensure data running through it is safeguarded, encrypted and so forth. The network is also a foundational element of our Disaster Recovery as a Service (DRaaS) and recovery cloud functions.”

In April 2019, Flexential was recognized by Forrester Research as one of eight leading contenders in the DRaaS space, receiving the highest possible rating for Forrester’s core DRaaS offerings criteria. In June, Flexential was honored by Gartner and included in the 2019 Gartner Magic Quadrant for DRaaS. At the time of writing, seven of Flexential’s facilities are equipped with its disaster recovery capabilities, with more on the horizon.

Looking forward, Flexential continues to seek innovation and opportunities to enhance its customer offering. Downie offers Edge computing as an example of a customer trend that Flexential is keen to accommodate. “Data is being generated everywhere,” he says, citing autonomous vehicles and connected vending machines as examples of data generators at the edge of the network. “Those data sets are coming from very far afield, so having the ability to capture, process and store them close to the given use case is becoming increasingly important. When it comes to the information generated by a self-driving car, the data needs to be processed by the car itself but it’s also sending huge amounts to local processing centers that need to be proximate to wherever the car is.”

Flexential consistently evaluates areas for improvement in its environments, particularly as the needs and expectations of the customer continuously evolve. “We actively monitor how our customers are consuming power, the scale at which they’re consuming network resources, and whether there is customer interest in different network technologies.”

Downie adds that Flexential is equipped with the expertise to make the right call when it comes to such investments and in the personalization of its service offering. “We’re firm believers that the cloud is not the right home for all workloads, and helping our customers appreciate where workloads should reside is really important. As IT environments become more complex, our customers need help making the right choices. The challenge for operators is being prepared to have that conversation with customers.” Flexential is certainly prepared, empowered by Downie’s team-oriented and strategic leadership, and it is clear that such preparation in each facet of its operations will continue to grow. 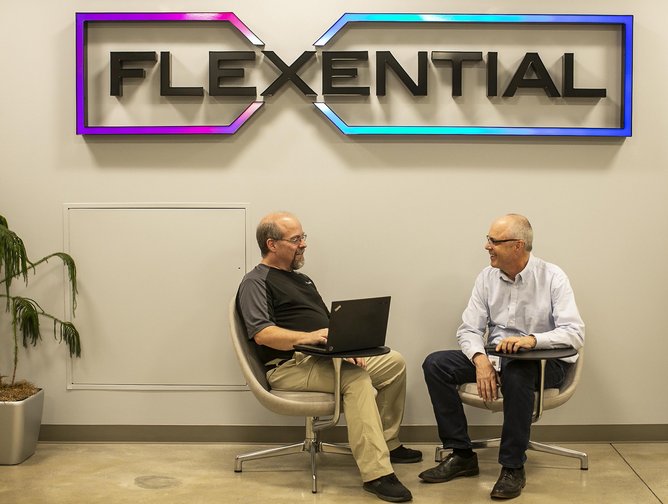 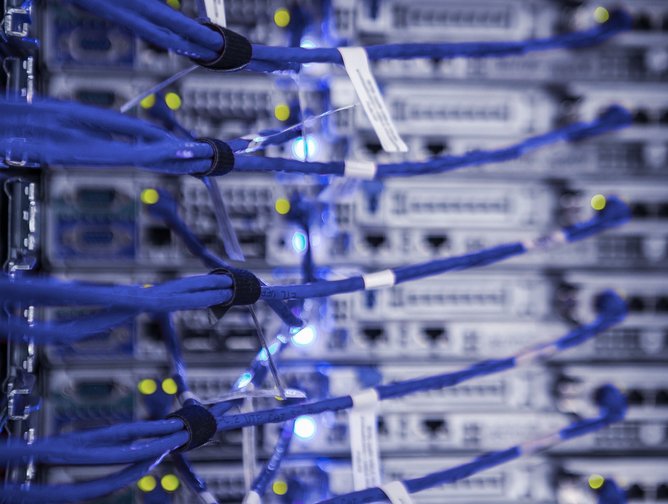 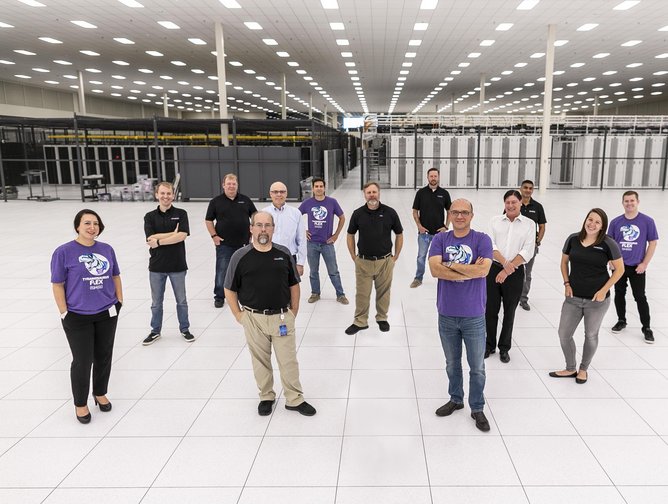 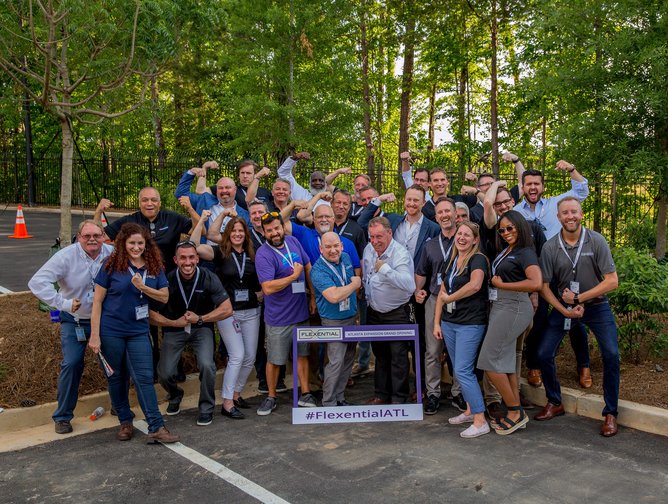