The importance of adapting to the latest digital trends is fundamental to the sustained success of companies worldwide. With technology having an increased influence on the way firms conduct their operations, it’s vital to continued growth that companies acclimatise and respond.

Alan Talbot, Chief Information Officer (CIO) of Air Malta, is responsible for overseeing a large-scale change in operation amid his company’s digital transformation. Since joining Air Malta in December 2014 originally as Head of ICT, Talbot transitioned to becoming Deputy Chief Information Officer in September 2015 before moving into the role as CIO just over a year later in 2016. “I've been in technology for the past 21 years. I come predominantly from the financial services, where I spent around 15 years occupying different posts,” says Talbot. “I can say that my career spans across a number of different sectors sitting on either side of the table, both as a customer and as a solution or service provider. That has helped me in my current position to have a diverse and more holistic view towards what is required in managing a department, technology and people.”

Air Malta operates a modern fleet of aircraft and operates to various destinations in Europe, North Africa and the Eastern Mediterranean. In order to thrive in a competitive industry, it’s vital that companies adapt to the latest trends to continue to achieve success. Talbot believes that the aviation industry is transforming on an ongoing basis. “The industry is fantastic, and somewhat unique – glamorous, dynamic and ever so demanding – it never offers respite and constantly demands the best out of you. It's not similar to the financial services where there is a bit more brand loyalty and legacy in terms of relationship; it makes things a bit more challenging when it isn’t the case. Due to the issues and challenges you face; it’s important to be on your toes. You have to look for any opportunities that might come along while, at the same time, keeping operations running as well.”

In order to thrive, companies must find unique ways to innovate or risk allowing competitors to take the initiative. Talbot believes innovation and technology are regarded as key areas at Air Malta and defines the way they operate. “If we don’t innovate then we're out of business. We have to constantly change in order to challenge the status quo. Innovation is the only way to survive. I believe we were very slow a few years ago and were lacking innovation,” says Talbot. “Only through change can we actually survive; we can’t afford to stand still and remain as we are. Technology has helped to become the ultimate enabler in which we can drive and create change. The results speak for themselves.”

With the firm undergoing a significant digital transformation, Talbot has overseen a complete overhaul of the company’s IT infrastructure, insourced services previously outsourced for increased agility and has embarked on an API led economy. Air Malta has implemented MuleSoft, an API and integration platform provided by a leading application network company, in a bid to create integration between all technical points and partners, ultimately to position itself at the center of the entire ecosystem. “MuleSoft had one of the most holistic and enabling platforms whereby even the most non-technical personnel could create connectivity and develop integration,” he explains. “We have partnered with Ricston, a local implementation partner for the successful design and deployment of our Hybrid Integration Platform, and we are still collaborating till this day in delivering high quality integration projects by utilising this technology. The fact that we could rely on a local partner to support us in this delicate part of our strategy was essential in gaining stability and building up the momentum. This was something that we were seriously looking at as we wanted to start capitalizing on the investment we did and maximize the opportunities that come around on a commercial basis.”

To help achieve its success, Air Malta has partnered with Lufthansa Systems to help with the implementation of the company’s leading solutions. “We have significant synergies with Lufthansa Systems when it comes to defining certain operational and commercial related technology,” says Talbot. “They provide one of the best flight planning solutions on the market and this was something that we couldn't possibly achieve in the past because we lacked sever integration abilities, so our partnerships have been very important to us.”

The company has also formed a close relationship with Salesforce; a leader in CRM solutions for customer profiling and customer data retention. “It has become extremely essential for our processing and handling anything that is related to customer-oriented services. We use it for social media listening, marketing and managing our sales pipeline as well. It has become part of Air Malta and we consider it as part of our core.”

With a population of approximately 460,000 people (2017), running a successful business in Malta is challenging due to the small size of the country. However, Talbot believes Air Malta is well-placed in its position in the field. “We consider ourselves to be a hybrid airline because we aren’t legacy or low cost. But we do offer services at either end of the spectrum as well as being a company that is publicly owned, having a social and corporate responsibility,” explains Talbot. “Being an island, having our own national airline is not only a measure of pride, but also of survivability. For us Maltese it is the only publicly owned means of transport or connectivity to the rest of the world. However, at the same time, you need to be sustainable because you can’t rely on public funds in order to survive and operate.”

In order to remain sustainable, it’s important that companies aren’t content to stand still. Talbot believes that by harbouring aspirations of achieving sustainability, Air Malta must continue to push the boundaries of its capabilities to enhance its position as a leading airline in Malta, and beyond. “Sustainability is extremely difficult to achieve, especially in an organisation of our size. During the last year financial year we've managed to achieve profitability after a number of years, during which we grew in capacity and capability. We need to ensure that this isn’t a one-off situation and that we have actually found the right formula for achieving continued financial sustainability,” explains Talbot. “In order to achieve sustainability, we must never underestimate our position and size within the market. We need to be realistic of our capabilities and never be afraid to dream and try. These are values that this airline needs to endorse and embrace because if we have a vision and are capable of sustaining change as we have done in recent years, then we can all work together for something that has the potential to be much bigger.” 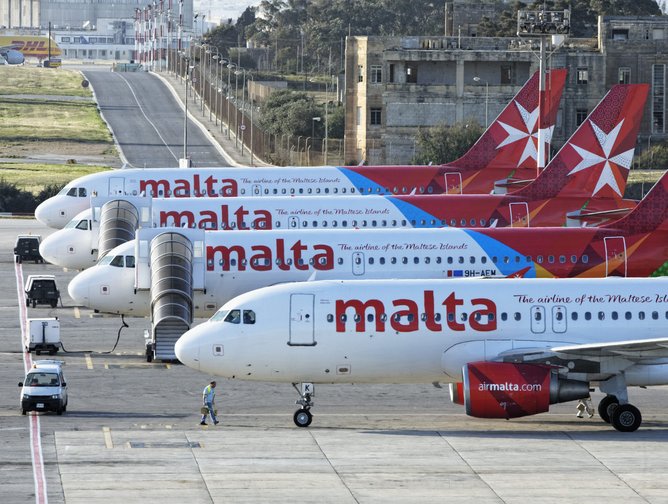 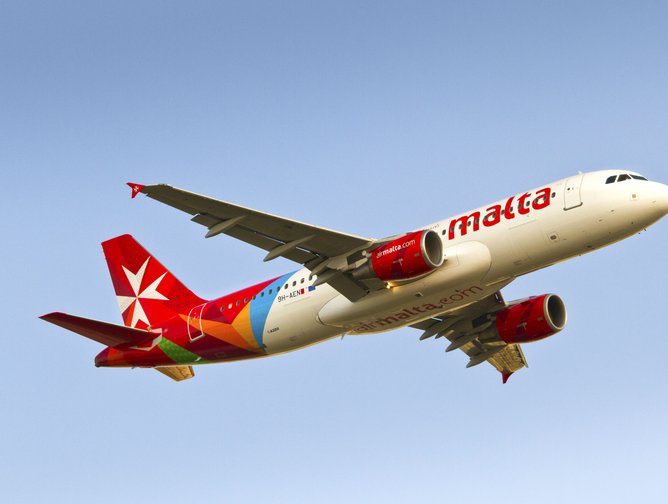 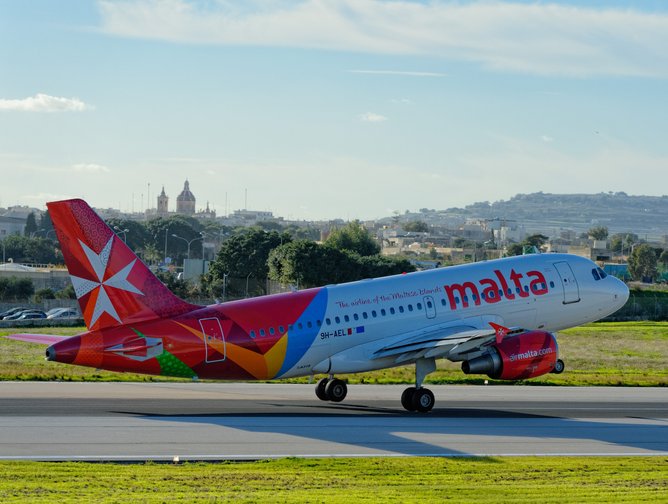 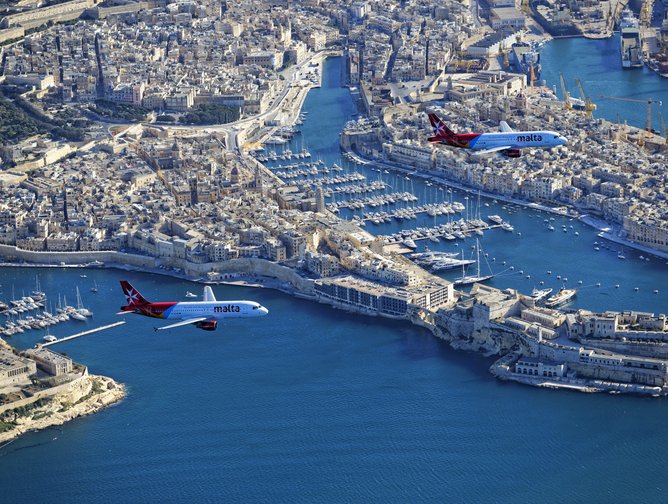 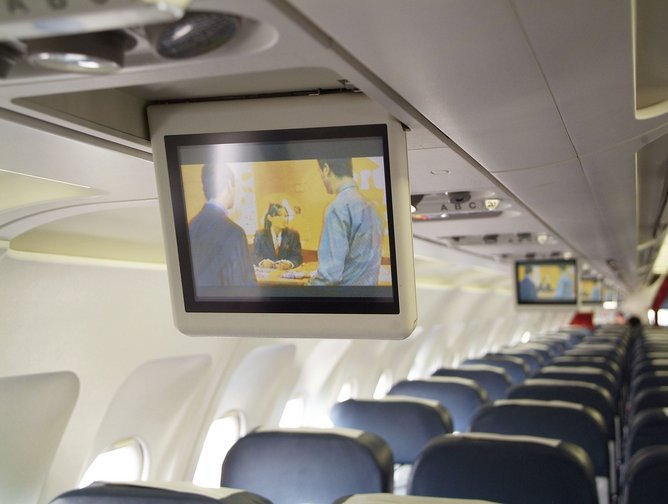 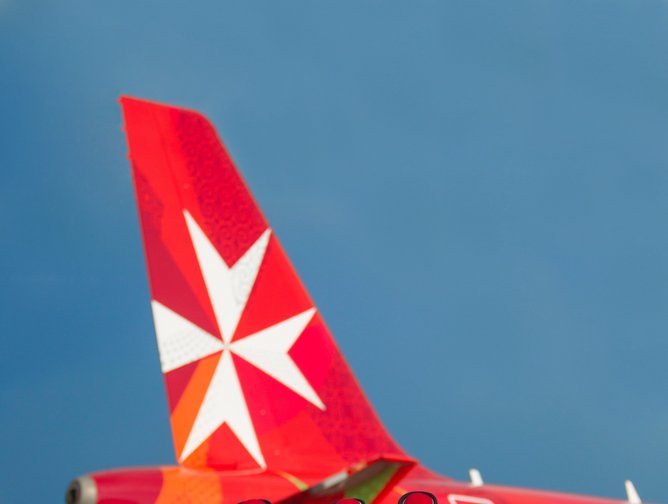