How Huawei Technologies is helping connect Canada to high-speed internet

View Full Report
Famous as a trailblazer in the consumer electronics and 5G market, Huawei Technologies is now turning its attention to Canada’s Far North in a bid to...

Whether you want to reconnect with a long lost friend, learn a new language or even order a taxi, the internet has made it possible with just a click of a button. It’s arguably one of the most disruptive technological innovations of the last century. In fact, in Canada’s Internet Factbook 2018, a whopping 96% of Canadians highlighted how high-quality internet access was important at home, with 59% going as far as to call it ‘critically important’. Yet, whilst the internet may seem like a ubiquitous tool, ready and waiting at our fingertips, for many of Canada’s rural communities, poor or no internet access is a common reality.

One firm hoping to remedy this is Huawei Technologies Inc. The Chinese powerhouse has made it big in the consumer electronics market, standing as the second largest phone maker in the world, and it’s also leading the race towards 5G. Chris Pereira, Director of Public Affairs at Huawei Technologies, outlines how Canada has played a vital role in Huawei’s success, standing as a central hub for research and development. “Last year, we invested $180mn in research and development in Canada to build our research centre in Ottawa and to accelerate 5G research,” he notes – and now the company wants to give back. Pereira explains that, by committing to the United Nations' sustainable development goals, Huawei is embarking on an ambitious endeavor: to connect all Canadians with high-speed internet by 2030. In addition, the Canadian Radio-television and Telecommunications Commission’s (CTRC) universal service objective for fixed Internet access service is that all Canadians have access to at least 50 Mbps download and 10 Mbps upload, with an option of unlimited data. Likewise, the universal service objective for mobile wireless services is that all Canadians have access to the latest generally deployed mobile wireless technology (currently LTE). According to regulators, mobile services should be accessible in homes, businesses and along major transportation roads.

To make its commitments a reality, Huawei has turned its attention to the remote towns and villages across Northern Canada. “That's the place where the connectivity is the weakest, so we're trying to connect people in more remote and smaller communities,” Pereira says, noting how he and his team recently visited the north-western Canadian town of Inuvik, located 200km inside the Arctic circle. In this region, you can witness a midnight sun or the mesmerising lights of Aurora Borealis – but until recently the internet connection was exceedingly sluggish. Now, by partnering with Ice Wireless, Huawei has been able to deliver high-speed 4G LTE services to the remote town.

“Having access to high-speed internet can be life changing in a few ways,” observes Pereira. “With high-speed internet, you can open an online store or help your business grow beyond your own community, so it’s helping to connect the north to the economy. Another aspect that’s often overlooked is how it can help communities reconnect.” Pereira points out that many Inuit populations were extremely isolated before they had high-speed internet, whereas now with the rollout of 4G, Inuit communities are using the internet to sell and trade goods or connect with each other via Facebook in their own language. “Aboriginal culture can be maintained and flourish because of the connectivity that the internet brings,” he says.

In trying to provide Northern Canada – where temperatures can plunge to -40°C – with high speed internet access, Huawei has a mammoth challenge on its hands. “The biggest challenge is the environment,” admits Pereira. “When you build a network tower, it can get covered in thick ice in the winter so the equipment needs to be very tough and durable. You also need to power the station; sometimes these stations are in such remote places that you don’t have a power supply nearby so you need to find an alternative solution, like solar.” To take on this challenge, Pereira points out how Huawei relies on the expertise of its team (today the firm has around 1,100 employees in Canada, with around 91% being Canadian citizens) as well as its renowned R&D capabilities. “We have around 193,000 employees around the globe and more than 80,000 of them are involved in R&D. In many ways you could say we’re an R&D company,” Pereira adds.

In many ways, the challenges faced in Canada’s north mirror those faced in Africa. Both places are remote, short on funds, and often not very populated. Fortunately, Huawei already has extensive first-hand experience in such environments. In 2017, it launched RuralStar, an affordable base station to help bring internet connection to villages in Africa. “Similar to Northern Canada, we faced a lot of environmental challenges, though it was the complete opposite in terms of conditions,” explains Pereira. “It was very hot and dry; the equipment needed to be able to operate in 40-50°C weather and deal with dust storms and power issues.” On top of this, Huawei also has equipment at some of the highest points in the world, like the base camp of Mount Everest, so it’s well equipped to tackle rough terrain.

Huawei’s equipment is sturdy, reliable and well made; it’s no wonder that the firm has dominated the market with its phone offerings like the new P30 smartphone. “We grow by reflection – that’s part of the culture of Huawei,” explains Pereira. “We look at what we're doing now and we see what we can make better in the next iteration. We're not afraid to make mistakes, but we are afraid of repeating those mistakes. Huawei is very tireless in its pursuit of innovation.”

With over 50 contracts already signed around the world, the company is also streaking ahead of its peers when it comes to 5G. “Huawei is about 12 months ahead of any other company in terms of end-to-end 5G solutions,” adds Pereira, highlighting that 5G will be at least 10 times faster than its predecessor so you can download a movie in seconds. It will also support driverless cars and other IoT networked devices. The rollout of 5G will undoubtedly be momentous for Canada but, with its latest project, Huawei is taking care not to leave the rural areas of the country behind. “In five years’ time, I hope we’ll be doing this interview over Skype from the Arctic,” says Pereira. “I hope we will have high-speed internet across this great country.” 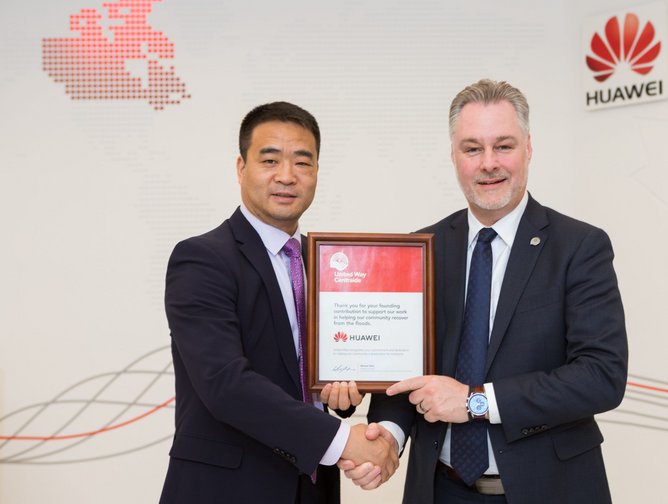 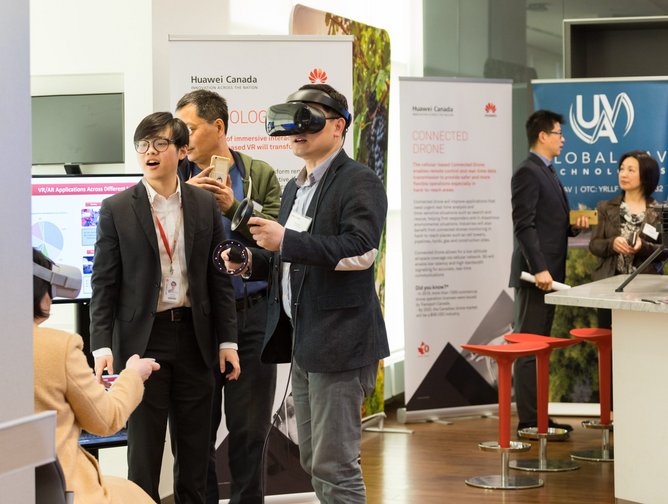 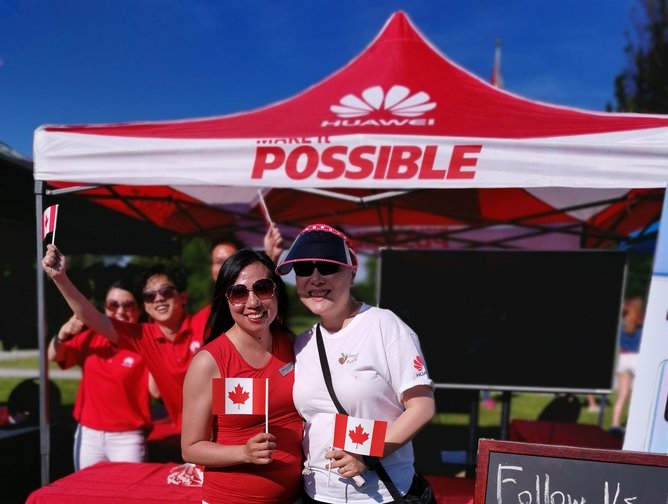 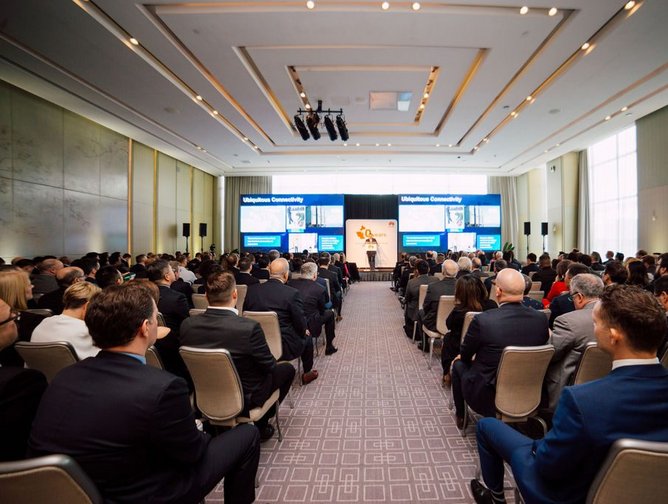