View Full Report
Most companies are moving their IT to the cloud, but very few completely depart from on-premise systems. That’s why Sydney Motorway Corporation is dif...

Like most large and growing cities, Sydney faces problems of congestion, but it seems that for a variety of reasons it is worse off than similar-sized cities globally. A report just out from the Property Council of Australia says Sydney's brand is "better than the product”, a major reason being that it has worse congestion than San Francisco, Montreal, and Phoenix, for example.

However, Sydney is also leading the field when it comes to devising ways of keeping the city moving. In August 2014 the New South Wales government created the Sydney Motorway Corporation (SMC), a private company with the brief of investing and financing major road projects – in particular the new company was commissioned by the NSW Roads and Maritime Services to deliver and finance WestConnex.

As Australia’s largest transport infrastructure project, the A$16.8bn WestConnex project will play a crucial role in supporting the city’s expected population growth and will get Sydney moving again.

WestConnex will be the central spine of Sydney’s motorway network, providing a long overdue underground link between the M4 and M5, creating a seamless motorway without traffic lights.

At around 30km in length, WestConnex comprises six projects: the M4 Widening (completed 2017); the M4 East (opening 2019); the upgrade of the King Georges Road Interchange (opened December 2017); the New M5 (open to traffic in early 2020) and the M4-M5 Link which will be delivered in two stages, the mainline tunnels and the Rozelle Interchange and Iron Cove Link, with the entire scheme completed in 2023.

WestConnex is a critical part of Sydney’s integrated transport solutions to tackle congestion and increase productivity and will go a long way to catch the Sydney product up with the brand.

So, SMC has been, and is, one very busy company. Spinning it out as a separate entity signalled a desire to deliver these projects in a different, non-traditional, agile way. Clearly the key to this would be how ready it was to use the best available IT systems, and adopt them as and when they were developed. To deliver this vision SMC recruited a suitably young and enthusiastic CIO. Shaune Rosser has more than 20 years of achievement behind him but this was his first CIO appointment, so it says much that he was named in the 2017 CIO50 Awards as one of Australia’s top 50 technology and digital chiefs who are influencing rapid technology-driven change and innovation across their organisations.

Unencumbered by the usual burden of legacy systems, he was not about to acquire any. SMC has no IT assets of its own, and has invested zero dollars making it, which Rosser thinks, is unique globally. It was a green field (how many CIOs must envy him) and he was able to establish a 100% as-a-service model for the company. “That gives us the flexibility to ramp up and ramp down as the business demands, and that is the beauty of system where we simply consume all of our services, bar none.”

The model means that the business is flexible both in systems and in people. He doesn’t need a big team to manage the projects, but can bring creative specialists and highly skilled data analysts as they are required. “It’s the workforce of the future; a contingent workforce. We have embedded skilled people in the functional teams too.” This results in a collaborative relationship between IT and business units like finance, operations and HR: it also fits more easily than might be expected with a business whose core skills are engineering, planning and construction. In this business they’re well used to being part of a ‘contingent workforce’, Rosser says. They like people to come in, get their feet on the ground quickly, deliver the goods.

It’s also easier for the people in SMC and its contractors to access data and documents in a cloud or ‘Technology One’ environment. Microsoft tools play a big part in delivering this through Enterprise Mobility Security and Office 365 in a solution developed in partnership with local IT systems experts. This, along with other tools from the Azure suite and SharePoint, manages mobile apps and devices while safeguarding corporate data, allowing secure collaboration. It also enables virtualisation programs.

Centrally managing access and security has also ensured the IT department is freed from tackling end user device issues. Through the as-a-service model, Rosser has achieved spectacular optimisation of the IT service desk, responding to and resolving 100% of requests within the stringent parameters set down in the agreed service level agreements (SLAs). “This was our first goal – to create a commercial construct built on business outcomes as opposed to the traditional SLA model. If I have an outage at 3.00am on a Sunday there’s probably time to resolve it but at 9.00 on a Monday it’s a different matter. We may have sound contracts but if everybody is not collaborating we have real problems. It’s this commercial construct that allows all our partners to work very well together and it has maintained that operational excellence. We have made great strides in cost effectiveness but it's also about mobilising the business and making sure it's always available.”

However, before the basic architecture could be constructed, business critical data and records had to be captured. When SMC was set up, all the data it was going to need, the financial information and the HR records were embedded within the SAP environment used by government departments. “We had to transfer those data assets and migrate our email systems in a very short space of time,” he explains. “Initially we had to separate our data and information within the existing government departments, then extract them and move them to the new business.”

The as-a-service system has enabled SMC to create an evergreen environment in which all of its services are constantly updated and patched (Rosser offers the analogy of one’s smartphone) to make sure the business is always using the latest and greatest and most mature version of the software.

Welcome to the smart new world

A recent independent assessment confirmed that SMC’s operating model gives the optimum balance between cost control and efficiency. “One advantage is that we can quickly shrink our head count and with it our costs,” Rosser says. “Again, if we want to implement new capabilities we are quickly able to deploy them. And we can be strategically focused rather than operationally. That is where we start talking about AI and machine learning and predictive analytics and building a digital engineering capability.”

The standard methodology for making a business case by PowerPoint is giving way to AI and predictive analytics, and Rosser wants SMC to be the leader in technology and innovation to create new opportunities and business optimisation. He understands that people can be wary of adopting new methods, but finds that once the value of those outcomes is explained, and how they enable a knowledge-based workforce to focus on the tasks that they need to be doing, they soon become as enthusiastic as he is.

Building the world’s longest four-lane tunnel for the New M5 provides a good illustration. It’s unusual in tunnelling but developing an intelligent 3D model in this case will lead to more efficient planning, design and construction. “It shows how it will look and how it will perform,” Rosser adds. “It gives a foundation for our future capabilities too, and things like design reviews, safety training; and also provision for training to ensure emergency readiness. With this 3D model people can start preparing, visualising and understanding the asset from an operational perspective. Then there’s maintenance training and planning so when they come to do it for real a lot of time will be saved.”

A ‘digital twin’ of the motorway can encompass trillions of potential scenarios. SMC is creating a 3D replica model of the entire asset that will be invaluable for managing the motorway and predicting how it will perform in any permutation of situations. Apart from its obvious asset management advantage, its very existence attracts the workforce of the future, the best young talent who would love to work in this digital environment.

At this point Rosser introduces another passion of his – leveraging the power of technology entrepreneurs. “I think we need to look outside the organisation and complement our classical partners by teaming with high calibre startups that are leading technology innovation. In my experience the key to success is to step back and let them do what they are really good at. They are hungry, ambitious and bring a contagious sense of energy and excitement to the business.”

This is one reason he is keen to partner, at the earliest opportunity, with technology startups. One example is Sydney-based AI specialist Elula, which was chosen to scope and develop a number of AI concepts, a business made up of some very bright people. “Startups like Elula are nimble, they can meet our business needs and they are very different from our traditional partners. We get these people in because they think very differently and bring a real sense of excitement into the business as a whole. They spot opportunities and possibilities but, more importantly, are quickly able to prototype these faster than you could normally expect to create a business case.”

It is significant that Rosser has no wish to hold all the reins himself but would rather share control with specialists, whether in engineering, or finance, or indeed any aspect of IT. One of the most valued compliments he has been paid was from a colleague who told him how much his approach was appreciated in the business: a less prescriptive approach where people are trusted and empowered through the change process and colleagues are encouraged to do what they do best.

SMC is going to change – a controlling interest will soon be sold by its government owners to investors. After one of the biggest global infrastructure acquisitions, the new owners will have the right to own and operate the motorway and then perhaps position it to take on further projects. Whatever happens after 2023 when WestConnex is a reality, the capabilities of this uniquely capable organisation will surely attract the attention of infrastructure developers around the world. 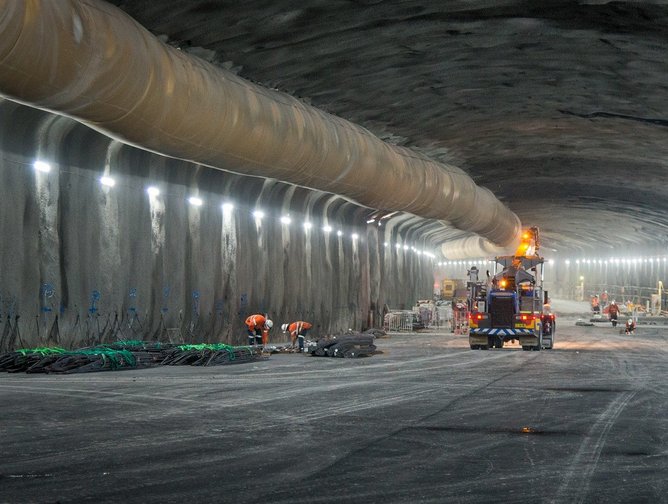 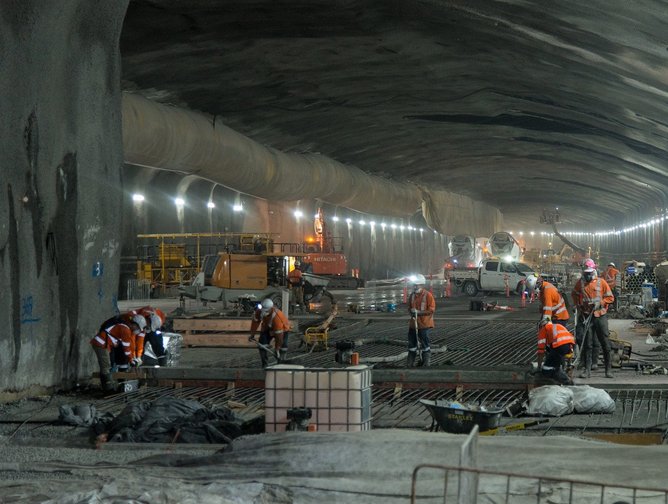 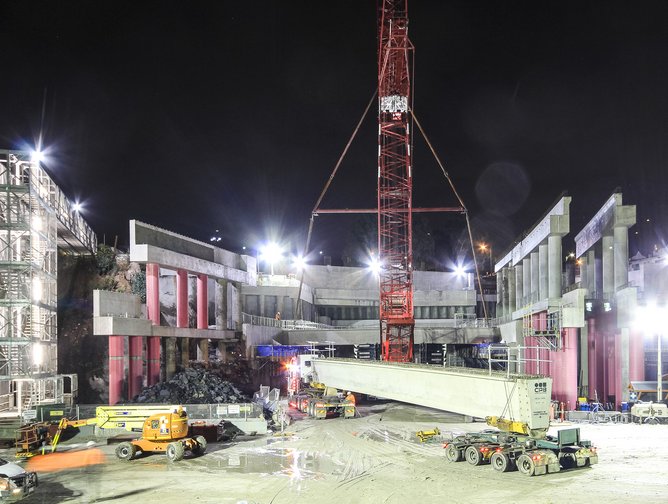 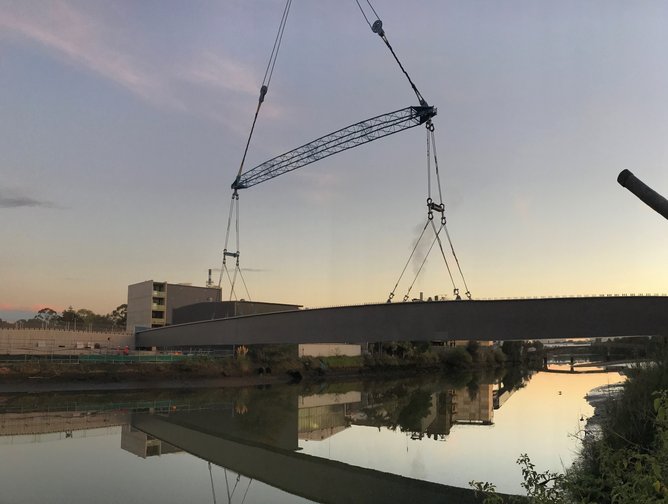 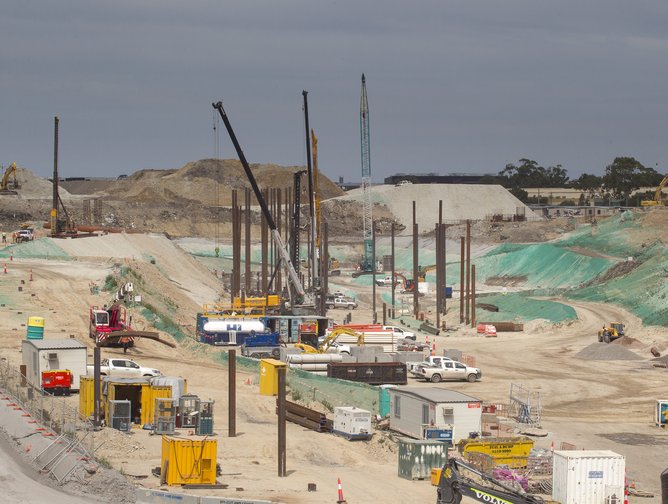 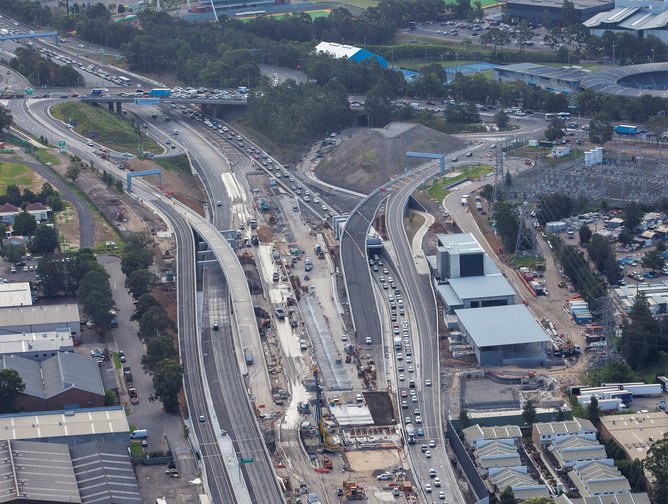