How Viacom’s technology transformation is driving a unique entertainment experience

With universally renowned brands from MTV and Comedy Central to Nickelodeon and Paramount Pictures under its umbrella, for almost 50 years global entertainment company Viacom has been delighting viewers the world over. With a commitment to delivering quality content through a wide range of digital media, the company operates across a range of markets and places technology at the forefront of maintaining a quality, tailored experience.

Behind the significant digital transformation Viacom has undergone in order to achieve such lofty aims is David Kline, Executive Vice President and Chief Information and Technology Officer. With eight years at the media behemoth under his belt, Kline has enjoyed a 35-year career focusing on technology and has been fascinated by the development of digital. “I got to see technology from yesteryear – punch cards and reel-to-reel tape,” he recalls. “And the world was changing because there were connectivity opportunities across longer distances… through to today, where you can connect via the cloud.

“I’m really thrilled to have seen those journeys. They’re happening faster, almost at lightning speed, today.” All this experience lit up a fascination with the “art of the possible” for Kline, which he has brought to his team at Viacom. “We aim to identify what’s possible for the divisions we guide and influence – whether it’s advertising, production, research, distribution… it is important to understand what they’re doing and deliver the technology that works for them.”

At the time of its fruition in the 1970s, Viacom was something of a “walled garden”. “It was very segregated from the rest of the world,” says Kline. “As the world grew, digital connectivity became more of an opportunity, like we see today with apps and connected devices – now, everywhere you go, there is some kind of digital footprint.”

As technology has developed, so too have customer expectations across the various demographics Viacom caters for. “The millennial audience really took a whole new swing at what connectivity meant – they want what they want when they want it.  We have to be able to deliver that,” he explains, adding that nowadays on-demand programming is an expectation rather than an added extra. “How do we make that more dynamic?” Kline asks. “How do we update that content so that you have a larger library? How do we add advertising that’s not stale and changes with the times?”

In an increasingly connected world, Viacom works to ensure a consistent, quality and above all exciting service for consumers regardless of location, device, platform or demographic. “We have 84 apps on 11 different platforms – whether it’s Roku, Apple TV, iOS, Android, PlayStation… We’re in 180 different countries, so when you see MTV in the US, UK, Poland or Singapore… each brand has opportunities to be more effective in certain spaces. For example, Latin America is more Android-driven, and so while Roku is a great platform in the US, we have growing platforms in Europe like Amazon and Netflix.”

In addition, short form content, like the video footage shared across Snapchat, Facebook or Twitter to promote a new TV series, is an increasingly lucrative focus, paying growing dividends. “We need to make sure we’re aligned with the generations in terms of what they want to consume – creating original short form, not just taking pieces of a show. You have to know your audience, how the demographic is shifting, and what’s relevant. It’s vital to stay tuned in and deliver on what the consumer is expecting.”

With a mission to entertain and excite firmly at its heart, Viacom has used technology as a driver of growth – but has done so thoughtfully, ensuring that new technologies are implemented to make positive change for various stakeholders, rather than chasing what Kline calls the “bright, shiny object”. “Cloud computing is a great example,” he says. “We started looking at cloud when it first came out, and at the time we weren’t ready to make a jump.” While cloud technology offers storage solutions, Viacom already had extensive – and expensive – infrastructure in place for this.

However, the business did implement cloud technology for its live events, posting interactive social media content and creating live video footage at the likes of the VMAs and Kids’ Choice Awards. Since then, Kline’s team has felt enabled and empowered by the cloud, and after abating cybersecurity concerns by rolling out the new tech slowly and sensitively, Viacom now has its full Office productivity in the Cloud with Office365. “It’s about overcoming fears, being smart enough and strong enough to say, ‘we need to focus because change is coming’. That’s something you have to grapple with in any leadership role – especially technology.”

As such, Kline is no stranger to the culture shift involved in a technology transformation – and he says both listening and educating are key to change management. “It’s important to listen to what’s going on in the world and within the company, and understand different needs. Rather than just putting in technology for technology’s sake, have a rationale and a really responsible understanding of why you’re doing it. As technology shifts, with Internet of Things (IoT) and 5G for example, it’s important to make sure everyone has an understanding of what it is and not to be fearful, but inquisitive. What does this mean to me? To the people I serve? To our industry? And how do we approach it?”

As well as improving the way content is enjoyed, technology has been vital in improving process within Viacom’s operations. “The product teams work very centrally with my technical teams, and we’re all focused on making sure anything across our platforms, from video to data, is functional, scalable and is being delivered,” says Kline.

Over the past few years, a key achievement has been centralizing code to develop single code base – with WebPlex used for websites and PlayPlex used for apps. “We’re now down to a single web base so I can deliver the same backend for MTV in Poland as I do for Nickelodeon in the US. It’s the same with apps. This is a pleasing and lucrative opportunity for the business to be able to go out and sign deals, knowing they can get something up and running in a matter of hours.”

Yet more technologies are set to improve Viacom’s operations, with automation affording staff time for more value-adding tasks. “We’re looking at innovative ideas around machine learning and AI, as well as RPA (robotic process automation). It’s given our team back some time to really focus on the next generation and what’s to come, while still delivering on what’s necessary today.”

“We’re big believers in consumer likes and dislikes – how do I make sure it’s not disruptive for them while it’s disruptive for us? Obviously, changes – like introducing AR and VR – are disruptions. They could be good disruptions or dramatic disruptions, but the goal is to make it perfectly seamless, regardless of whether it’s on television or another device – perhaps eventually a HoloLens.”

Centralization enables staff to really concentrate on this frictionless development – for example, a single service desk within Viacom is available for any problem, from lost keys to a serious tech malfunction. “With that, we continue to automate a lot of the tools we have – we’re using chat and automated tickets,” Kline explains. Further, the company has created application stacks for staff to download all the software they need onto a device at once and has automated solutions from HR and payroll to ERP utilizing SAP’s best-in-class platform.

No technology transformation can take place in isolation, especially one which takes place internally and externally across 180 markets. As such, Viacom works closely with its vendors and partners – including Adobe, Redspace, Canoe Ventures, Insight and Freewheel, to name but a few – to ensure technology can be a true enabler for the business.

“Vendor management’s hugely important,” says Kline. “I have a vendor management office – a small group of people who work closely with my internal group, third party parents and vendors, and our sourcing team. It’s a three-way connection. In many cases, Viacom has a rich history of enabling vendors to build products we inspired, or else we have built them ourselves and pushed the intellectual property off to a vendor if that makes sense for the rest of the globe. Authentication with Adobe Pass is a great example which Viacom helped craft. It shows the company has the ingenuity and creativity to really help push other products forward – not just content but technology.”

While Kline is a keen negotiator – “I believe everything is free until you tell me otherwise” – he also stresses that relationships must be collaborative to thrive. “The worst thing you can do is bleed a vendor to a point where they’re ready to go out of business, or can’t support something you’ve taught them to support… the best thing you can do is work together for the best cost and best possible product that shines for both them and you.”

Together with its partners and vendors, the organization that brings us entertainment in all its forms from award ceremonies to movies will continue to utilize technology to ensure its diverse content is enjoyed. “At Viacom, we’re big on long range plans,” says Kline. The organization is already pushing its 2022 strategy, and though there is no telling what technology will look like in three years’ time, Kline is dedicated to keep to an overall vision of satisfying customers. “That really drives the type of technologies we’re looking to focus on,” he explains. “It’s important to really bond with what the company’s strategies are and make sure we’re thinking that through both the immediate lens as well as the long-range plans.” 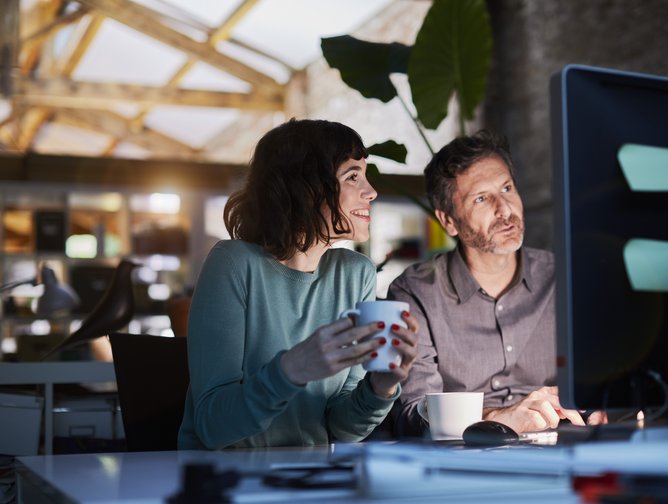 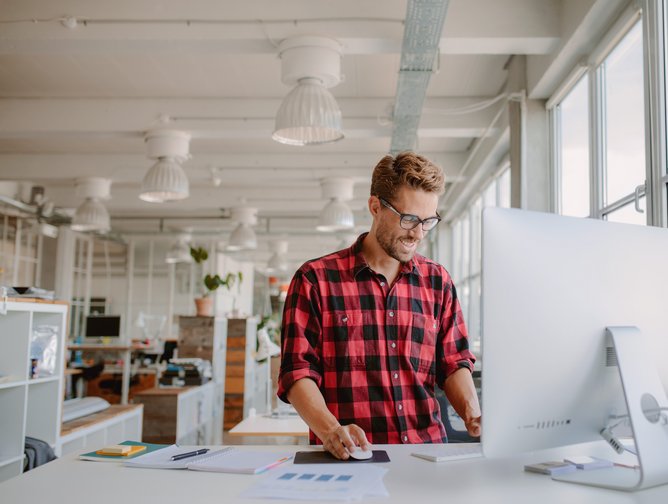