As the fastest broadband and Wi-Fi provider in Poland in 2018, INEA has achieved significant success during the last year. Michał Bartkowiak, Management Board Member and Chief Operating Officer of INEA, believes innovation and the company’s willingness to embrace technology has been key reasons to INEA’s achievements. “We are definitely an innovative company. As a provider of retail services, we deliver the fastest broadband in the world with our flagship offering of the symmetric internet with Fibre-To-The-Home (FTTH) technology at a speed of 10Gb/s,” affirms Bartkowiak. “As an infrastructure operator, we are one of the only operators in Europe that actively opens the network we use as a services provider to other telecommunications operators.”

Through providing broadband, internet, television, mobile and fixed-line telephony services, as well as professional services for business and public sector, Bartkowiak believes that INEA has become successful due the company’s ability to diversify. “One of the great features of the world that surrounds us is diversity. Attitudes and business models of companies from the TMT sector differ from one another and a result, a specific market space has been created for each of us, where we can operate and experiment,” he explains. “If we look at the telecommunications market in Europe, it becomes evident that we differ from many companies because of our way of thinking. We are a technological leader in the region with a state-of-the-art infrastructure that we aren’t afraid to use.”

With more than 250,000 customers, INEA value their investments in rural areas having introduced the last mile network which covers over 70,000 households in rural areas within the Greater Poland region. The implementation of the network has allowed INEA to collect data in order to better understand the needs of residents in the region. “The last mile network in rural areas enabled us to collect valuable experience, both in terms of the construction of a network in such area and the service sales potential. Now, we have a better understanding of the needs of the residents and we’re ready to expand such networks in Poland.”

During the past two years, INEA took part in a competition under the Operating Programme Digital Poland, conducted by the Ministry of Digitalisation in Poland and won in more than 20 regions. In order to remain a leader in the industry, INEA has made strategic decisions in order to adapt to changes in the industry. Bartkowiak affirms how vital it is to embrace the latest technology or risk being overtaken by its rivals. “It’s of key importance to observe the changes happening by using technology in different aspects of our lives. We have to examine how our expectations to the products or services that we are using is changing. It’s important to observe the entire spectrum of innovations taking place in the world,” he explains. “We can’t afford to wait for another market challenger in the industry who will force us into action. We need to make decisions on our own and try to be the leaders by assuming the risk of wrong decisions. Technology becomes devalued very quickly, so we need to fully maximise its potential. I believe that passive waiting is the worst thing one can do.”

During the last two years, INEA and Orange Poland signed agreements on the wholesale access to its infrastructure in the LLU and BSA model. And this is just the beginning of INEA’s open network strategy. Bartkowiak believes the contract with Orange has been one of the company’s biggest achievements. “From the perspective of the open network model development, the contract with Orange Poland was a significant achievement. We provided the company with our infrastructure for the sale of retail services. From the perspective of the Polish market, it was the first contract of its type and has become an inspiration for others to follow. From our point of view, this collaboration confirmed the validity of the previously selected direction for the development of our company.”

In order to stand a greater chance of success, the majority of companies opt to form partnerships to drive profit, however, Bartkowiak points out what INEA requires from its business relationships. “You meet good partners, just like friends, in difficult situations. Similar to everyone in our industry, we are working with numerous partners in the market. Starting from suppliers of equipment and materials, through developers of business solutions or software, to our closest partners, technical and commercial partners, who work in the field. Without their knowledge, experience, dynamic operations, development or innovation, it would be impossible,” he says. “These types of relations are very precious and they require mutual trust, understanding and good communication. It’s difficult to sustain such relations; however, we don’t surrender and we endeavor to work on the continuous improvement of this co-operation.”

In February 2018, Macquarie European Infrastructure Fund 5 acquired a majority stake in INEA which will support continued development and growth. “Growth in telecommunication requires significant capital expenditure. You can have most wonderful ideas but without relevant financial back-up, their implementation will be impossible,” affirms Bartkowiak. “We are glad that it is Macquarie that we have the opportunity to work with. Due to the fact that we share the same vision of INEA development, I am convinced that the combination of these two elements guarantees development and growth.”

With INEA demonstrating an ambition to continue to grow despite a changing market, Bartkowiak affirms how key it is that the company expands on an ongoing basis. “We are continuously searching for new areas to grow. Sometimes, we joke that on the day when we announce the launch of a new product, we are already working on another one. That was precisely the case with 10 Gb/s service started this year. It’s vital we act quickly because of the way the market is changing.”

Looking to the future, Bartkowiak believes that INEA remains determined to build on its success through the implementation of new projects to enhance the firm’s existing telecommunication infrastructure. “We remain focused on the construction of an open optic-fibre infrastructure. Having won over 20 competitions under the Operating Programme Digital Poland, we are also implementing projects consisting of the expansion of the existing telecommunication infrastructure and reconstruction of the existing one to FTTH standard,” he says. “As a result of those projects, we will reach about 700,000 more households located in rural areas with our network. All the schools located on the territory of planned investments will be connected to the network and these are areas that are digitally excluded, where broadband services are unavailable today. The residents of those areas will have access to modern digital services. The method of teaching, handling affairs with authorities or benefiting from entertainment will change and this will completely transform the image of those towns.” 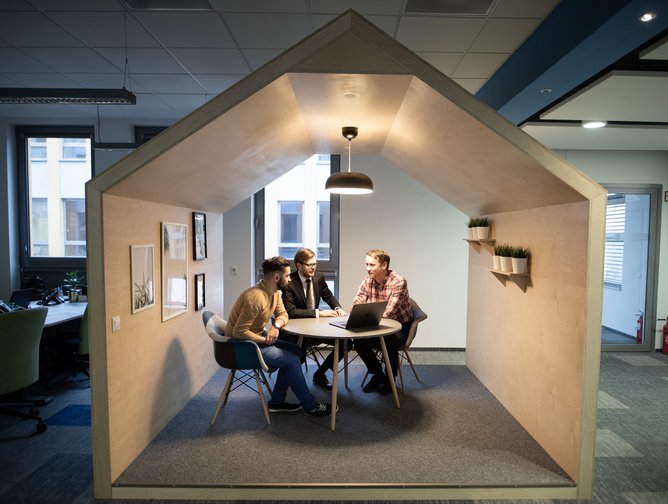 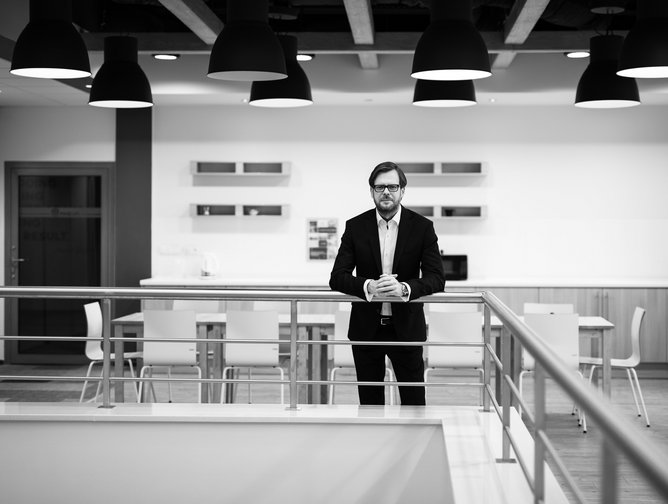 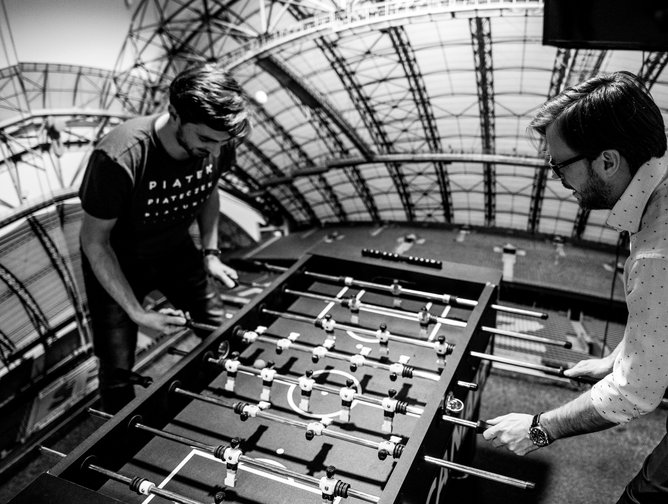 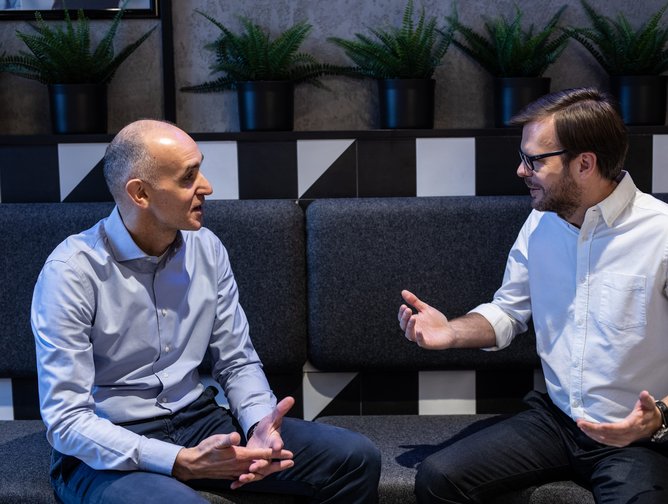 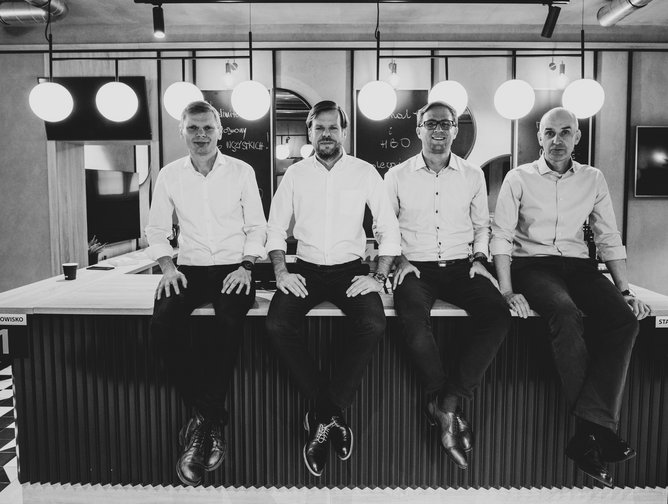 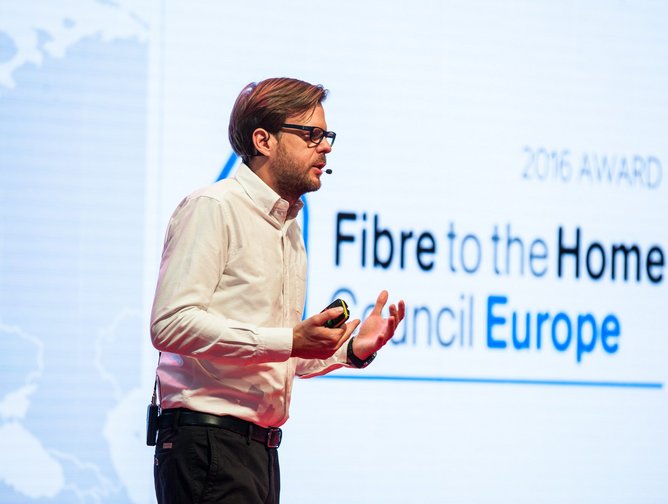