Interview: Freshfields and the new age of technology in legal services

A lot has happened in 275 years. From mass industrialisation of the late 1700s to the invention of electricity, modernisation of warfare and the building of the first ever computer, the way in which lives are lived and jobs are worked has transformed.

Global law firm Freshfields has been a first-hand witness to all of this since its founding in 1743, a claim few businesses still in operation today can make.

Indeed, the company lived through the very creation of the term Luddite – a protest group of textile workers opposed to the introduction of automation and machinery during the Industrial Revolution. The term still carries tremendous relevance, for organisations spanning all industries are continually seeking ways to implement new technologies to optimise their outputs.

CIO Jon Grainger is charged with ensuring that Freshfields leverages maximum benefit from current and future technologies, creating a frictionless end user experience for clients, legal partners and other employees.

Grainger is a relative newcomer to the industry having joined in February 2017, and it is the coming together of legal practice and technology that enticed him to Freshfields.

“This convergence still has a long way to run,” he says, speaking from the seventh floor of the firm’s brand-new offices in Manchester, UK. “I wouldn't say we're at a ubiquitous state with technology and law, nowhere near it, but certainly the relationship between law and technology has changed quite markedly. That's something that I saw as a very attractive attribute, as a technologist, to follow.”

Grainger is the first to admire the immense legacy of Freshfields, citing Charles Babbage, the brain behind the Difference Engine brass computer, a machine so complicated that it couldn’t be built in the pioneer’s lifetime.

“Freshfields was already 50 years old when he was born, just to give you an idea of the span that the company has covered,” Grainger adds. “That's something to be celebrated and, speaking from personal experience, the culture here is a culture of pursuit. We don't accept the status quo, and we strive for excellence.”

So, what must the industry and Freshfields do to ensure they thrive for another 275 years?

For Grainger, creating a frictionless user experience for clients, fee earners and business service personnel forms the essence of his mission as CIO, fostering an environment where technology can be developed to ensure a sustainable, competitive advantage.

“I think the key point, when you look at the industry we're in, is there are a lot of technologies that get mentioned again and again,” Grainger continues. “Machine learning and data analytics, for example. I think in themselves those are very important problems to solve, and we have some amazing capability within our teams who are working on those very problems.

“However, I think the other element is for the industry to work out how it delivers these technologies. You can be first to market with a piece of technology – the trick is staying in that position. From a technology perspective, we should borrow approaches taken from the software sector, where we can keep our software fresh and up to date.”

All aboard the tool chain

As technology continues to refresh and update, so too has the way in Freshfields approaches innovation.

Grainger identified the need to unite the imperatives of fast delivery and the ability to keep such technology up to date and relevant once it has been deployed.

Further, Freshfields’ innovation team, comprising lawyers and industry experts with a wealth of experience, should not have to worry about fixed costs associated with running their own innovation platforms. Rather than concentrate on such costs (like scalability and security), the focus should be on the core value proposition and what software development can achieve.

Enter Freshfields’ own software development tool chain, the company’s answer to the ‘buy versus build’ conundrum.

This is made up of several component parts, one of which being Puppet, an automated testing tool deployed with key partner WM Promus.

“It's one of those really difficult problems to solve, and Puppet and the automation that we're putting in has helped tremendously,” Grainger explains. “If you look at the way we're doing testing, before we had our platform, certain test cycles could take two weeks. We've boiled those down through automation and tooling to take an hour. This means we can test five times more often, so we're getting an assurance on quality that was just unachievable before.”

Another vital element of the Freshfields tool chain is Jira and Confluence, part of the Atlassian solution suite which the company is leveraging with the support of another important partner, Business Data Quality.

Grainger adds: “We use those to great effect, and they enable the ability to report on tasks, to have really rich, co-located group discussions in a very meaningful and accessible way.”

The tool chain is a system that brings together lawyers, technologists and, ultimately, clients. Underpinning this is what Grainger terms agile scrum, a new way of working whereby these stakeholders collaborate in small groups, called scrum teams, able to respond quickly to client feedback and demands.

“What's very interesting about the technology tool chain that we've created in Freshfields is the high rate of adoption,” the CIO says. “It is something that our software engineers enjoy, which is actually very important when you're in a really competitive market for talent as we are here in Manchester. Give a software developer a great tool chain, and give a lawyer a great user experience, and they can make the difference.”

Again, this comes back to the question of how technology is delivered: “It's not as difficult to work out what we need to do, but actually nailing how we do it. I think has been a real source of benefit for everyone,” Grainger adds.

Another important focal point linking up Freshfields technologists and fee earners is the Legal Services Centre (LSC), a hub of legal experts offering services for the more process-driven elements of client work.

Around 100 staff are spread across three locations – Manchester, where most reside, Germany and Hong Kong – enabling provision of near 24/7 support for partners and their clients.

Common tasks carried out include document reviews, due diligence and non-disclosure agreements, and the centralised provision of such services allows clients greater flexibility, at the same time offering certainty on pricing.

“What's also very interesting about the LSC is we have our legal services team, and obviously they're the most important element of the centre, but a lot of the services that they deliver rely on technology,” Grainger adds.

Artificial intelligence is perhaps the most striking example. LSC’s legal support assistants (LSAs) leverage the AI capabilities of Kira, a machine learning software that automates contract reviews as part of the due diligence process. LSAs can configure certain search algorithms with Kira able to handle large amounts of documents in multiple languages – a system which is significantly faster than ‘eyes-on’ review.

“What we also do at the LSC is use it as just one of the places we bring clients to when they want to understand how Freshfields is responding to new requirements,” Grainger says. “Very recently we brought together a group of very important clients from global institutions to showcase some technology that we'd created.”

Though Freshfields’ client roster comprises some of the world’s largest and most well-known organisations, the firm also supports the legal sector’s up and coming tech startups.

For the third consecutive year it will be sponsoring Legal Geek, the largest law tech community in the world, made up of 2,500 members.

“Our involvement in that space, with really exciting technology startups and lots of moving parts, shows that within Freshfields we have this hunger, this thirst to be involved,” says Grainger. “We want to make sure we're relevant and at the centre of the pacesetters.”

Closer to home, Grainger sees tremendous promise in Manchester’s technology talent pool, with graduates and post-graduates from the University of Manchester already making their mark.

“If you think about Manchester, it lays claim to starting the industrial revolution. If you point out that the university invented graphene, and all the implications that we're only just working out for that, you can see Manchester has this repeated ability to start big ideas off globally. Not to mention, Alan Turing (considered to be the founder of modern computing and artificial intelligence) teaching at the University during his time.”

“Do we have technology talent in Salford and Manchester? Absolutely we do. Have I been able to access all of it? Not yet. We moved from London, wholesale, only a year ago, and I'm very pleased to say we are beginning to attract lots of talent. We're getting a name for ourselves locally.”

What technology does Grainger believe this next wave of Freshfields technologists will be leveraging in the future? When asked to name a technology that will transform the legal industry, his answer is unanimous.

“Blockchain is, without a doubt, a transformative technology that people are only just getting their heads around,” he says. “There's a lot of similarities between blockchain and the early discussions around the internet, and what the internet would and wouldn't be used for. But blockchain has the ability not just to disrupt business – it's clearly going to create new business models.”

In terms of Freshfields, Grainger points towards a shift in approach to technology more widely. Although the CIO admits the journey is still in its nascent stage, the move towards approaching technology as a set of products rather than a series of projects, is very much in motion.

He concludes: “Going back to a year or so ago, we were running things in quite a sequential fashion, sometimes referred to as waterfall, and we were looking at individual projects in a narrow context.

“So, if you wanted to have a peek into the future: we think using a product lens, rather than a project lens, will give us a whole new perspective. Watch this space…” 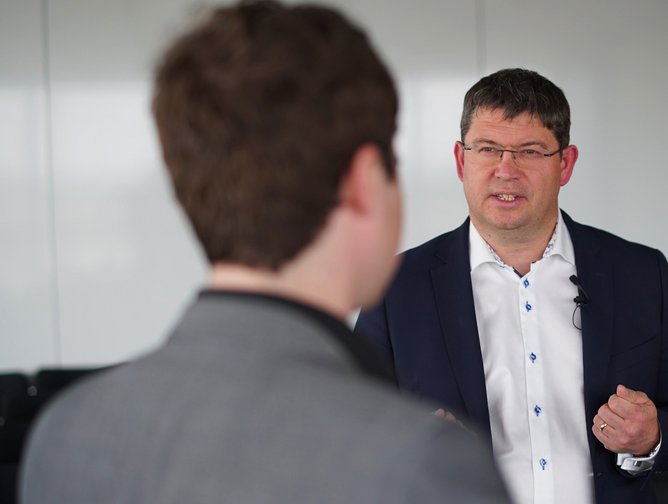 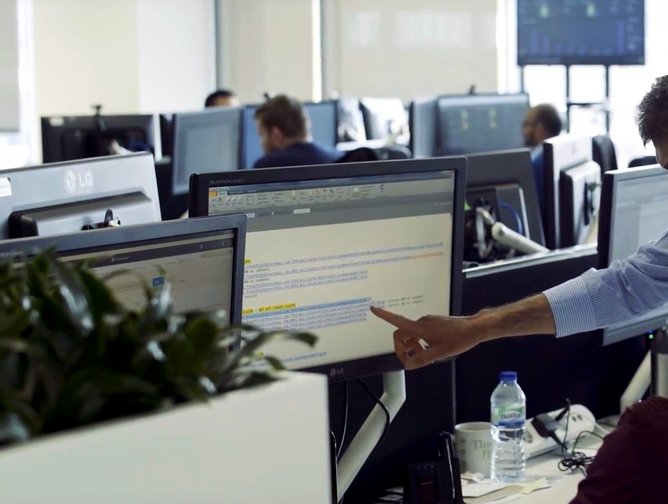 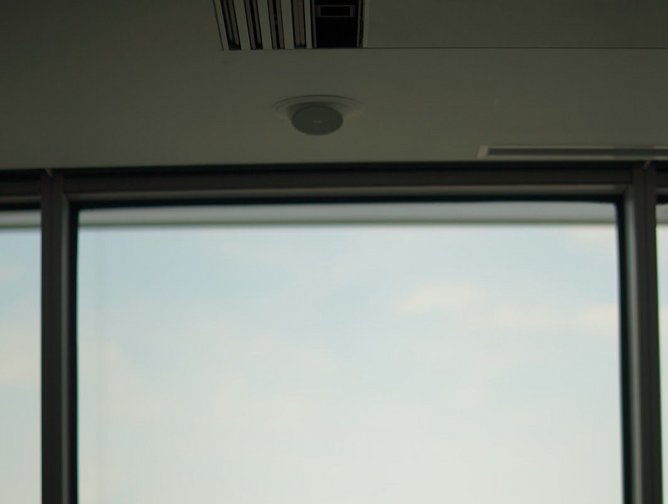