View Full Report
A flexible IT strategy is helping Kinross Gold plan for the future of its diversified operations...

Kinross Gold’s (Kinross) diverse portfolio of mines stretches from Africa to Russia. The senior gold mining company has embraced the challenge of developing its operations at remote locations across the globe where it has a strong track record of either meeting or exceeding production guidance targets for the past seven years, while regularly meeting or coming in under annual cost and capital expenditures guidance.

A key component to delivering on its goals is a flexible IT strategy capable of planning for the future of Kinross’ operations. Regional IT Projects Manger - Africa, Néstor Alemán Esteban has been working for the company for almost seven years. Alemán is based in the Canary Islands at the company’s Las Palmas program management office (PMO) for IT Projects in Africa where he oversees all projects; also taking responsibility for the financial control of the capital budgets of the IT department. “Much of my work has been focused on the expansion of the Tasiast mine in Mauritania,” explains Alemán. “We also run projects in the main office of Kinross in Mauritania’s capital city Nouakchott where we’re working on connectivity for employee accommodation.”

What challenges does the company face to develop and support communications infrastructure when establishing mining projects in such remote areas? “When you’re examining the status of the mining industry everybody is talking about innovation and automation but nobody speaks about IT,” laments Alemán. “It’s the communication behind the technology initiatives that makes them work. In developed countries IT is taken for granted but what if you are in the middle of a remote area with zero coverage from any telecom provider? In most cases that’s the story with a new mining operation and the company has to find a way of working around this. It’s important that IT and cybersecurity are not left behind, because without them you can’t support innovation safely. It’s a big risk.”

Kinross were fortunate that when they acquired Tasiast from Red Back, a telco provider had infrastructure in the area. However, it was necessary to start from scratch and negotiate with the provider to boost bandwidth at the site. “We started with a 25mb microwave connection with around 1,000 people on site,” recalls Alemán. “When activity at the site ramped up we were hosting around 2,500 employees with a 45mb connection and then managed to get that increased to 90mb when the workforce reached 4,000. We now have a fiber optic connection of 155mb+. It was challenging to achieve the installation of a 60 km aerial fiber optic, plus a 1km buried fiber optic, to get the site connected to the underground main fiber connection of Mauritania, connecting the south with the north.” Alemán believes satellite communication offers a viable reachback approach, but it’s typically more costly than microwave or fiber. While satellite can solve the connectivity problem from day one, communications infrastructure offered by local providers over time may provide more cost-effective alternatives.

Meanwhile, the corporate office headquarters of Kinross in Toronto handle the perimeter security of the company’s network bubble. “We are responsible for the security of the mine site. We have Las Palmas, Ghana, and Mauritania connected together via Toronto, so when somebody enters our network through the perimeter security of Toronto it’s our responsibility to ensure they don't behave maliciously in our network,” adds Alemán. The challenge for his team is maintaining those levels of security when contractors are arriving from Morocco, Mali, Senegal and from across Mauritania, carrying with them old and unsecured devices being connected to the network.

Alemán believes innovation should be about much more than modernisation with equipment. “There needs to be an IT strategy behind advances in mining,” he urges. “To make the most of the features available from the latest software and automated hardware the technology can’t exist in silos.” Alemán champions the concept of interoperability to ensure value reaches across the operation. “Mine management need to ask themselves where they see operation two years from now in terms of innovation and modernisation. Long-term strategies are important. For example, to implement autonomous vehicles you need to set your goals by changing mindsets and processes way before you start purchasing new systems and machinery that might not be compatible with each other.” He argues IT should have a seat at the decision-making table, they’re not just the guys providing WiFi but the team who ensure systems can communicate with each other.

Kinross has made big steps forward to alert IT of new business cases that require its supervision with a telematics process. Alemán sees further room for improvement with communication protocols. “The mine operation should be understood as a unique entity,” he says. “This is why a holistic approach is so important. If you upgrade one part of a system then it needs to be connected to the rest. It’s an issue that needs to be addressed in the industry.” He believes, when it comes to innovation, while mining is keen to catch up with other industries like aerospace there has been a pressure to adapt quickly which heightens the need for workarounds. “The problem with mining is that it’s a mission critical operation so the pressure to make things work regardless is greater,” he says. “The extreme costs associated with exploration, production and operation mean that network downtime can destroy profitability.”

Tasiast is undergoing major expansion in two phases to increase the size of the operation. IT plays a vital role in the execution of all projects and one that Alemán notes could be enhanced in the mining industry by making it a part of the early stages of the decision-making process. “Vendors need to collaborate more in our industry, because in others like aerospace or the military they have solved the interoperability puzzle,” he says. “They have standardisation with protocols so any vendor that wants to sell any equipment or hardware systems to these industries has to work to those requirements which enhances collaboration.”

Kinross has a longstanding partnership with Modular Mining. The global leader in the delivery of real-time computer-based mine management solutions for surface and underground mining operations supplies the gold miner with its DISPATCH Fleet Management System (FMS). “It has optimised operations at Tasiast, saving time and reducing costs,” confirms Alemán. The system gives mines automated, real-time monitoring, management and visibility of their operations whether above or below ground. “We connect the data received to our mobile maintenance workshop,” explains Alemán, highlighting the use of predictive analytics to drive efficiencies across the fleet. Kinross also deploys Caterpillar’s Terrain applications for precision drilling, while guidance and tracking tools are used to control the stability of the slopes. “All of this is running wireless so we have to ensure all the machinery is connected across our IT network,” he says. While innovative applications are helping deliver huge operational improvements, Alemán points out that mines are traditionally run on controlled, isolated networks which, though the technology was old, made them safe. “Now with the Internet of Things (IoT) and cloud applications the temptation is to connect the mine all the way to the internet,” he says. “It’s a big security risk for mining operations opening up the control network to the world via the vendors.”

Kinross is partnered with Cisco, described by Alemán as “among the best in the market” when it comes to networking. “All our main station network, our business network, is on Cisco. At Tasiast we are completing the migration for everything involving our WiFi infrastructure to Cisco’s industrial networks and we’re very happy with the process.” He stresses the choices made with innovations should be site specific, based on studying the weaknesses of your operations and weighing those against the opportunities to add value and should be made before committing to any hardware/software purchases. “Mining is a complicated industry,” he concedes. “At the end of the day, the objective with things like automation and driverless trucks is to remove people from dangerous areas.” The result at Tasiast is a challenge for Alemán’s team in managing the workarounds required for a mix of technologies that may lack standardisation when it comes to communication protocols, but will offer significant advances for Kinross in its most remote operations. 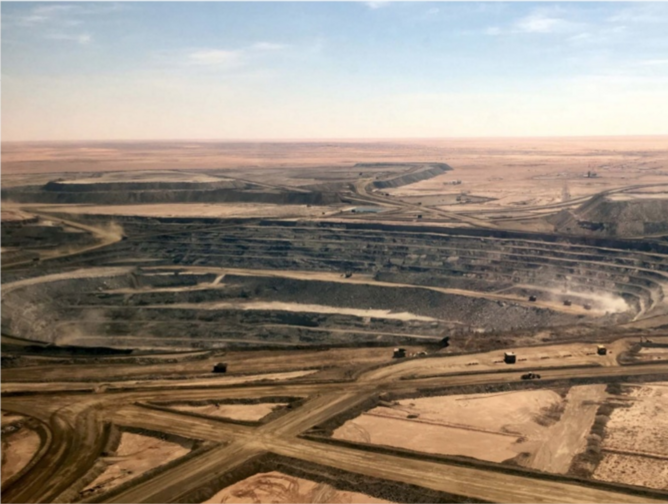 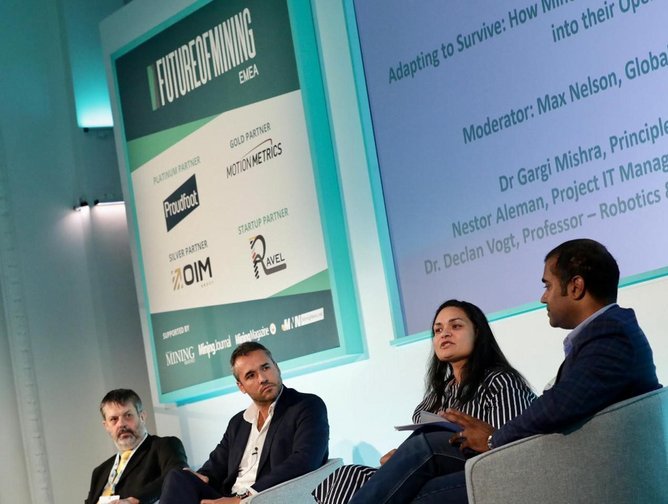 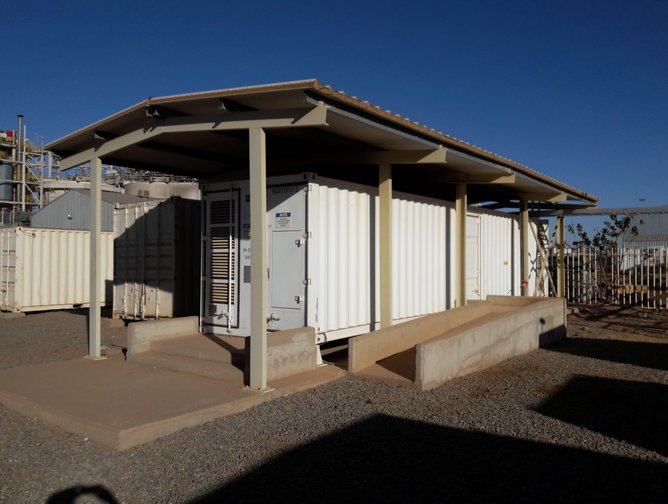 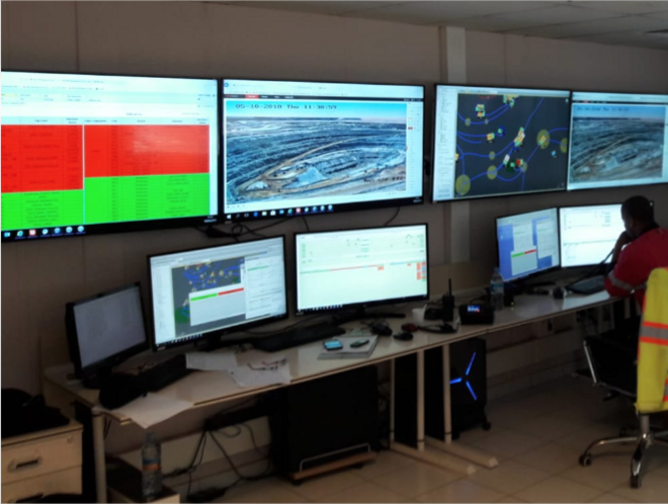 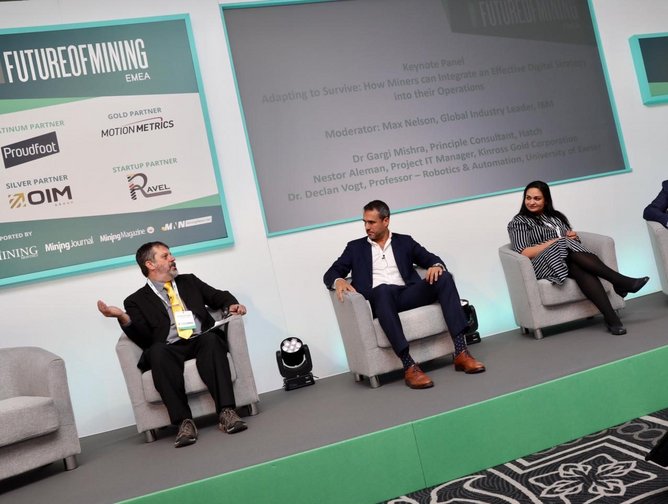 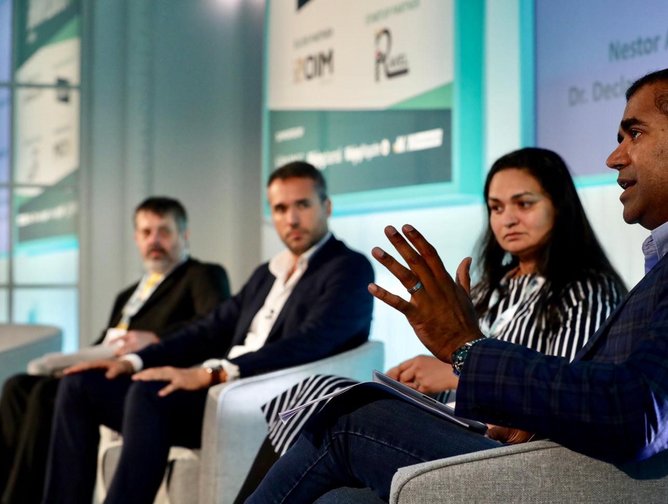