Simplicity, transparency and flexibility: this is a well-versed mantra at Liberty Group and it was also the shrewd thinking behind its latest business venture. The South African business used to solely focus on life insurance but, more recently, the company has made its first foray into the short-term insurance market, offering a quick and easy way to get car insurance through its brand-new unit, Liberty Short Term Centre of Excellence. Championing cutting-edge technologies, this business group is not only driving benefits for Liberty Group and its majority stakeholder Standard Bank, it’s also helping to deliver a customer experience quite like no other.

Deepesh Thomas helped to build the short-term insurance business from scratch. Now Chief Executive Officer at the unit, he says that the Centre of Excellence was initially conceived as a “technology firm which would build the insurance and technology capabilities that didn’t already exist in the group”. It would also provide greater portfolio differentiation, allowing both Liberty Group and Standard Bank to offer a wide range of solutions to its existing customers. Owning 54% of the firm, Standard Bank is not just a majority owner of the unit, it has also entered into a bancassurance agreement with the Centre of Excellence, allowing both entities to deliver complete financial services solutions to their respective clients. It’s been a vital relationship according to Leon Vermaak, Standard Bank Group Head of Insurance, who points out that, because the business is “unencumbered by legacy strategies and infrastructure” it is able to develop “future proof technologies”. He adds: “Keeping the innovation unit separate from the mainstream business truly builds confidence in its ability to pursue innovation.”

One such technology which made the headlines was the Centre of Excellence’s chatbot. The culmination of over two years’ worth of research, the speedy bot allows customers to access short-term insurance services at their fingertips 24/7. There’s no endless paperwork or red tape. In fact, customers can secure insurance within minutes. “The product itself is significantly differentiated,” explains Thomas, claiming that it was actually “the first short-term insurance chatbot release in South Africa that allows for end-to-end performance”. Essentially this means that the customer can go and buy a short-term insurance product through the chatbot in a matter of minutes. “At that time, it was the only product on the market where you could buy short-term insurance within eight minutes from end-to-end without having to talk to a call centre agent,” he elaborates, highlighting how the usual call centre process could take over half an hour and is only available during office hours. With a personable demeanour and easy-to-understand language, the chatbot is also available 24/7. As such Vermaak argues that “it aligns itself with the needs of the online world” where clients “want insurers to be proactive, convenient and always available”.

Not only is the chatbot a click away, it’s also omnichannel, meaning that customers can interact with it whatever way they prefer, whether that’s through the mobile app or web interface. It’s a significant differentiator, Thomas argues, because it’s truly disrupting the customer experience and giving them greater control. “For example, if a customer is using the chatbot or a digital channel and they want to resume the enquiry at a later date on a different channel then they can do that on the digital channel or they can also switch and decide to talk to an agent whenever they want”. Another key advantage of the chatbot that Thomas details lies in the technology underpinning it: it’s fully built in the cloud, specifically Microsoft Azure. “Being a new business entity, we were afforded the luxury of building from scratch,” Thomas explains. “The biggest problem that most financial services companies in South Africa face is that they’ve built systems from the 1950s onwards and lots of inefficiencies have crept in. It also limits your flexibility if you want to roll out a new product. On the other hand, a cloud platform allows you to integrate new APIs easily, for instance.” Collaboration and the sharing of ideas is often touted as a key driver of success in the technology market and it’s one which Vermaak echoes. “The insurtech world is by necessity one based on partnerships. Success is determined by bringing together unique capabilities in a seamless manner, rather than trying to build and own the ecosystem,” he observes, citing Microsoft’s cloud platform as a critical asset. “We found Microsoft particularly supportive. We gained ‘early adopter’ status, which ensured deep technical support and knowledge transfer,” he says.

This chatbot is could be seen as indicative of a wider shift in the insurance and insurtech markets. Customer expectations are changing too; through Liberty’s research, one of the pervading messages that emerged was that customers disliked applying for insurance as they found the process cumbersome and difficult to understand. They were looking for more affordable and efficient insurance services with greater transparency. With its intuitive chatbot, it sounds like Liberty Short-Term Insurance is going the extra mile to make this a reality.

But the company’s chatbot is just the beginning: it has taken its innovative approach one step further by also introducing telematics to its mobile app. This will allow customers to complete a two-week driving test that will help the insurer calculate a fair premium quote. For good drivers, it could even result in savings. Named ‘Drivers Test’, it measures how aggressively customers drive or how distracted they tend to be whilst on the road. “We price you based on traditional insurance parameters but we also measure how you drive and adjust your premium downwards if you are a good driver,” describes Thomas.

Telematics may not be a new innovation for the South African market, but Liberty Short-Term Insurance is putting a new spin on the traditional model. First of all, unlike typical insurers which ask you to install a cumbersome physical device, Liberty’s solution is mobile-based. Additionally, the insurer has also scrapped the idea of daily monitoring in favour of shorter trips which build up an accurate profile of a customer. “From the research we’ve conducted, we found that a customer’s average driving behaviour doesn't deviate significantly throughout the year,” says Thomas. “Therefore, we can collect data from just 300km or 25 trips and understand who you are as a driver.” One other startling difference that Thomas underlines is the fact that many insurance companies offer loyalty or reward points following these tests which make it difficult for redemption. In contrast, Liberty offers a simple cash reduction on their premium. Once the Driving Test has been completed, the customer doesn’t have to have their driving habits tracked. However, on an opt-in basis, Thomas points out how they can choose to share more of their driving data with the firm in exchange for Uber credit for every 500km of driving information shared. In a world where ‘cash is king’, it’s proven to be a successful model. Safety is increasingly becoming a top talking point in the insurtech sector and it’s one which hasn’t gone amiss at the Liberty Short-Term Centre of Excellence. “In South Africa, safety's a big concern to a lot of our customers, so we've built in a button on our mobile app, that when clicked can dispatch medical emergency assistance to you. It can also dispatch roadside assistance, based on your live location that's on your phone or it will dispatch home services, such as a plumber or electrician.”

With its digital transformation in full swing, innovation has become a key talking point at both Liberty Group and Standard Bank. This is not only visible through Liberty’s outward products and services but it can also be seen internally. For instance, the Liberty Short-Term Centre of Excellence has implemented a lean and agile methodology to drive efficiencies in software development. It also strives to work with only the best software developers, relying on what Thomas describes as a “fundamental relationship” with Retro Rabbit.

Looking forward, the firm has plenty of exciting innovations up its sleeve. “We are obsessed with ‘one-click- insurance’ and we are also seeking to derive unique customer insights, enabled by access to various data sources, machine learning, as well as image recognition, and the Internet of Things (IoT)” says Vermaak. Meanwhile, Thomas highlights key trends like computer vision as an enticing technology for the future. Yet, regardless of what innovation it will pursue next, Thomas feels that the business will remain laser-focused on three key values — simplicity, transparency and flexibility — which it believes is critical for insurtech success. 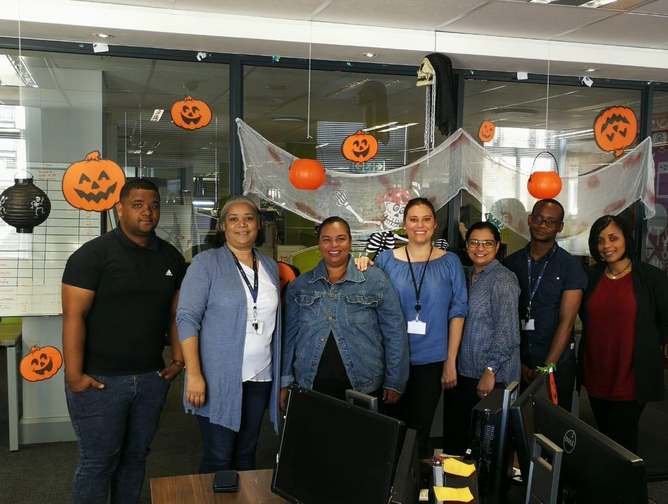 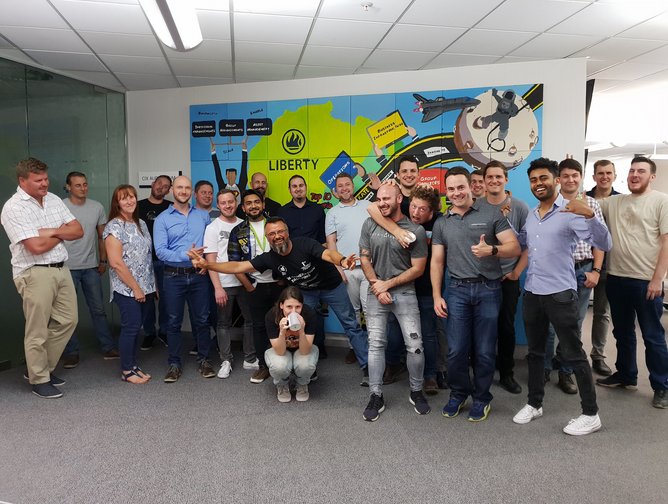 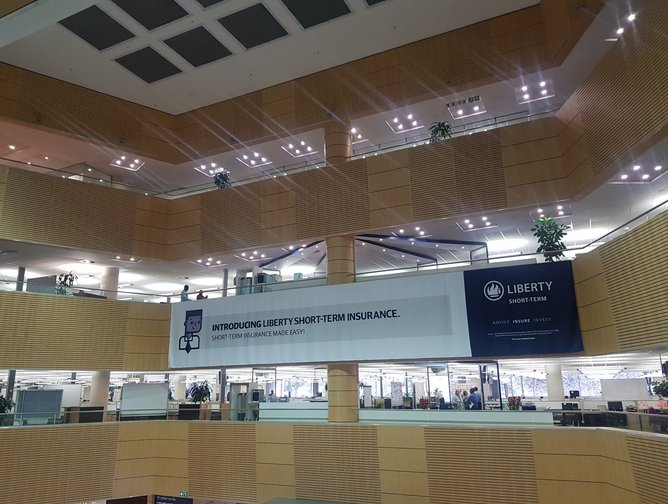 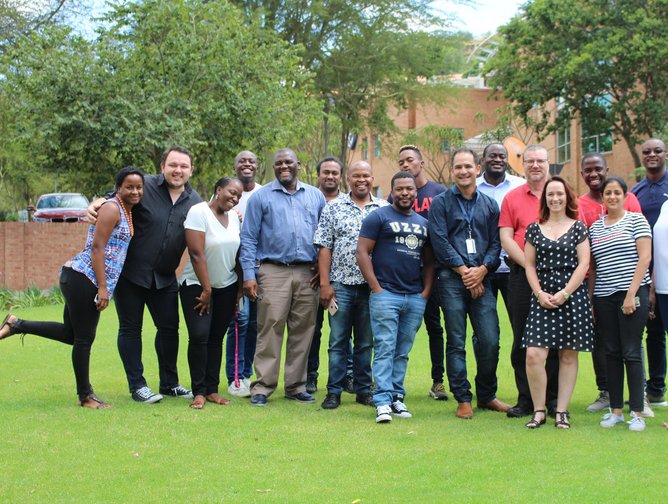