View Full Report
How Millennium Services Group is innovating with new solutions to manage cleaning and security services for commercial clients across Australia and New...

Originally established in 2003, Millennium Services Group was publicly listed in 2015 when three businesses, based in Melbourne, Sydney and Adelaide, came together as a national company to offer cleaning and security services, before expanding further the following year with the acquisition of Airlite, a Building Support Services provider from Perth.

Millennium’s Chief Information Officer David Benjamin has entered the second year of his tenure with the company focused on three key areas: cost, consolidation and stability. “We had to look at the total cost of ownership following the company’s listing in 2015,” he recalls. “The consolidation was about bringing systems together to give them that history of the organisation. There was some duplication of technology systems, so it was an opportunity to unify the three branches of the company. Lastly, we had to get to a point where our systems were stable and delivering where they needed to because, when I joined, the business had simply outgrown the technology solutions originally put in place.”

The two main services the company provides are cleaning and security. Millennium has commercial cleaning contracts with large shopping centre chains (such as Scentre Group, Vicinity and Stockland), Apple, Myer, office buildings, universities and government buildings like Brisbane’s Queensland Investment Corporation. The security services often fit hand in glove with the cleaning services provided, where the same clients and sites also need security for the assets they own. In addition to the above, security contracts are held with Melbourne Racing Club, Sydney Metro, and multi-national high security Data Centre clients. These services can include shopping mall patrols, concierge services, remote monitoring systems and anything where physical security is required, including large public events such as the Caulfield Cup race meeting during the city’s Spring Racing Carnival.

When Benjamin joined the company, it had three separate networks which have now been migrated to a business grade private cloud hosted by an external vendor. “CustomTec is hosting this for us,” he explains. “There were also duplications around the payroll and account systems, so we've migrated those onto a single platform, resulting in significant cost savings by reducing the number of vendors.” Millennium has also consolidated its phone systems to VOIP in all of its offices in Australia and New Zealand. “We've already seen huge savings around telephony costs but also our travel costs, because the solution has also delivered other tools for collaboration such as web conferencing,” says Benjamin.

Introducing new technologies is par for the course at Millennium, where the company has purchased 25 robot cleaners from Canadian firm Avidbots. Typically programmed to run after hours – for example, when a shopping centre is closed – the machines are monitored 24/7 from the vendor’s control centre. “It’s helping us in reducing our employee cost, while increasing reliability. Anything that can be automated offers a more consistent outcome, which our clients are demanding from us,” says Benjamin. “Robotics play a key part in removing that dependency and giving us greater traction where large floor areas need to be cleaned. This leaves our staff free to do the more specialised cleaning that the robots can't do, such as glass or window sills.”

Other innovations include a staff tracking system offering the ability to provide reporting and data back to the client on, for example, how often areas such as a shopping mall food court require attention from cleaners. “It's a key requirement for many of our clients to ensure a 'rotation' is being met,” adds Benjamin. “It could be that they want cleaners to pass by a certain area on site every 20 minutes.” He explains that cleaners aren’t just choosing where to go and that there is a methodology at play to ensure the best coverage of a given site and reduce the impact of public liability. “It’s a challenge for Millennium where accidents will always happen in large public spaces,” concedes Benjamin, who is keen to use technology to protect the company’s exposure and risk to public liability claims by ensuring it meets the ‘rotation’ terms of a works contract.

Millennium isn’t just flying solo says Benjamin, who notes the importance of alliances with the likes of CustomTec and Melbourne-based Elite-ID, which provides the tracking systems. “We also have a site auditing software solution where our staff, in conjunction with a client, will walk around a site to document issues that need to be addressed, while also scoring how clean an area is, ensuring that our service is up to expectations,” says Benjamin. “For this, we partner with SafetyCulture, which provides a software solution our staff can use via a tablet or smartphone.”

Millennium also partners with Adelaide-based Kineo, which runs the company’s learning and development platform. “Keeping our staff trained and up to date on how to use these new tools in the workplace is vital,” explains Benjamin. “Our staff are spread across two countries so we need a unified method to deliver training content for them.” A time and attendance system was also introduced with the help of Ento. “It’s a workforce management solution to allow staff to clock on and off from their rostered shifts and we've automated and digitised that process,” explains Benjamin. “Previously it was all paper based which created a lot of waste through follow up calls, duplication, and written time sheets which can be difficult to read, but Ento can be run on a tablet and is installed at all of our sites for team members to clock on and off.”

Meeting the challenge of the skills gap in terms of language barriers and technological experience is something Benjamin and his team, with the help of Kineo, are working hard to support. Allied to this, getting mobile internet services to employees across a diverse range of sites is important to ensure infrastructure support without impeding on the client’s side. “We can generally deliver this through mobile data, which can be a challenge given that our staff might be below ground level,” says Benjamin. “But that’s changing. We’re currently partnering with Optus, which is already rolling out 5G mobile services offering greater penetration for communication.” Reliable mobile communications are vital to ensure that Millennium’s plans to further utilise the Internet of Things (IoT) can be realised. “IoT is allowing us to track and measure areas like bathrooms, air quality control or waste disposal… Technology is helping us to become more efficient and identify areas that need attention and not just stick to rigid rotation,” adds Benjamin.

Rather than just working with clients from the perspective of its service offering, Benjamin is keen for Millennium to give technology a seat at the table. “Engaging technology earlier helps avoid missed opportunities; other potential solutions can be put forward, or a service can be delivered more efficiently,” he says. “I like to establish connections with my peers within our client organisations because for me to do my job well, and to do it better, I need to understand what they need from the services they contract with us. It’s our goal to focus more on this over the next 12 months. We’re a cleaning and security company, but we have the potential to become more than that by widening our core service offering to include technology.” In tune with Millennium’s vision to create value where others can’t see it, Benjamin’s team is primed to take up the company’s mission and deliver more innovative solutions. 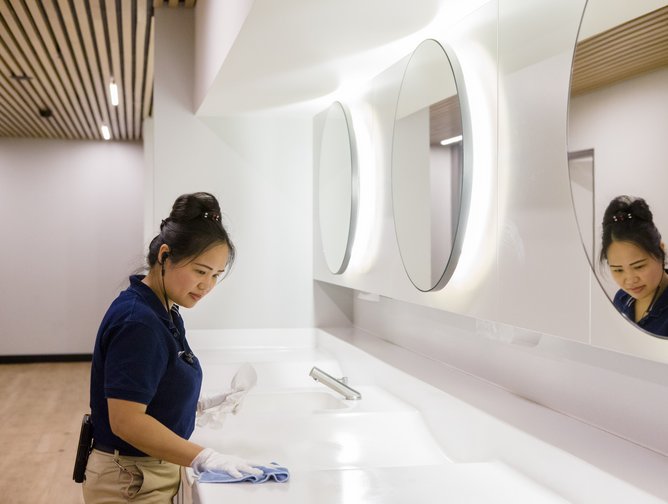 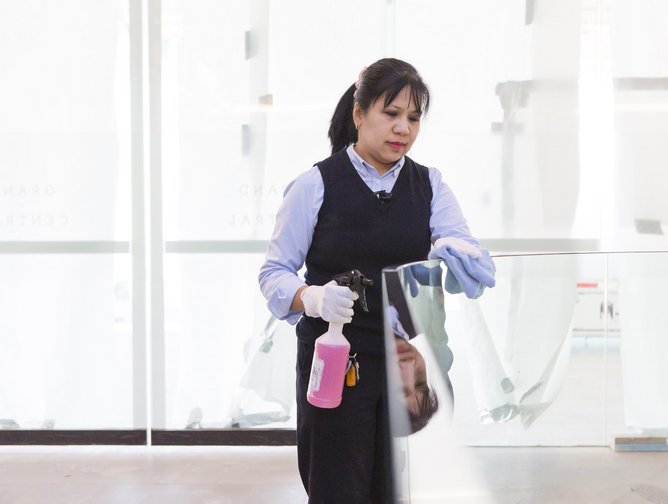 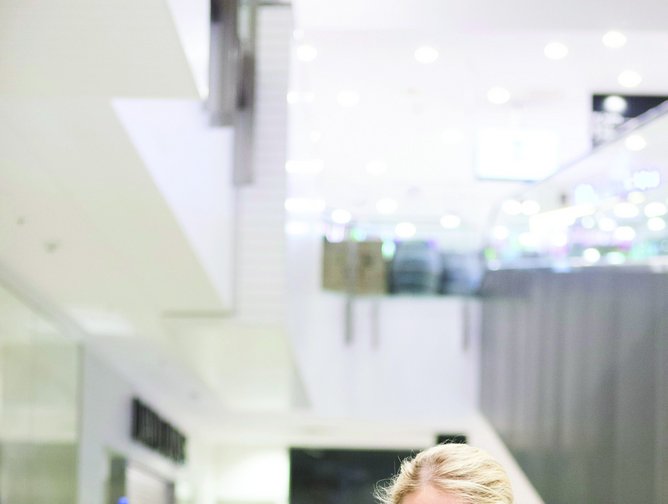 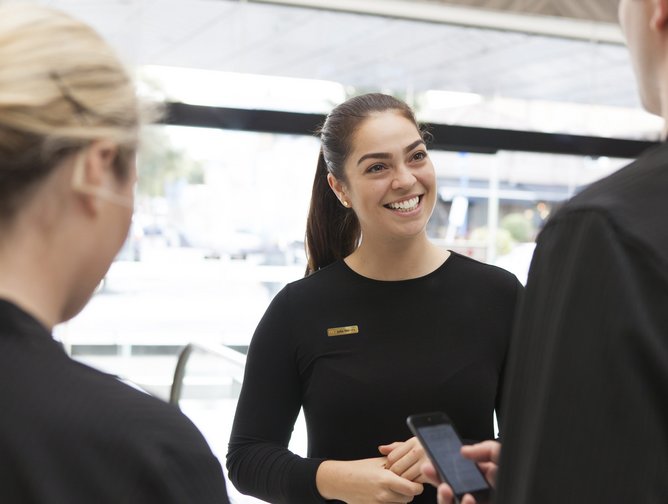 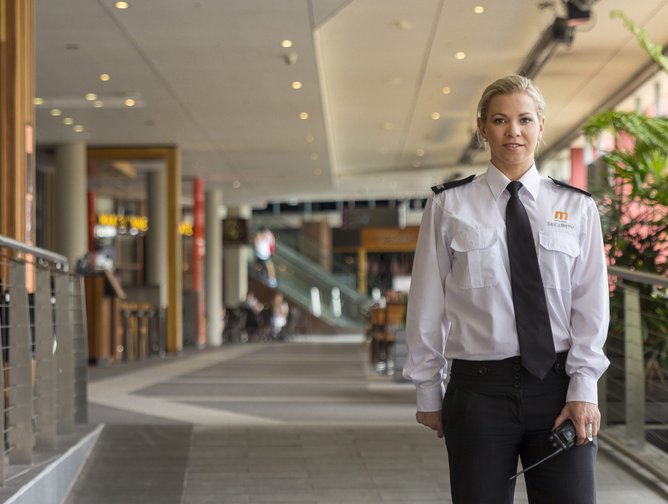 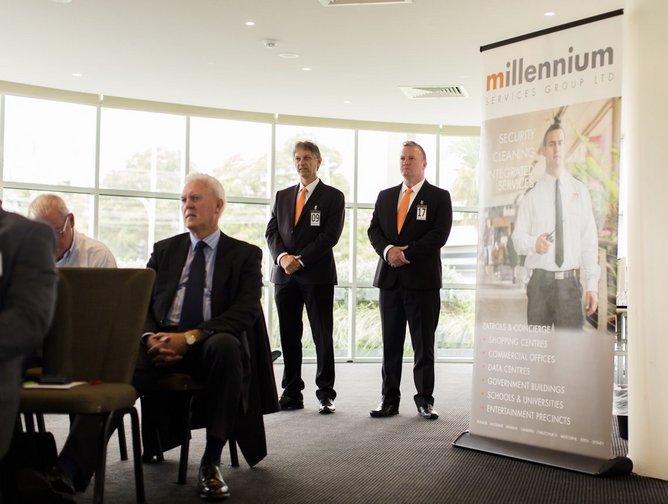