View Full Report
Using the power of AI and the Brightics AI Accelerator, the IT services giant is looking to alleviate pressure on physicians worldwide

Samsung SDS stands for Samsung data services, and it is one of approximately 20 companies that make up the Samsung Group; well-known for manufacturing mobile phones, TV sets, laptops, chips, hard-drives, home electronics like fridges and dishwashers and even operating in heavy industries building ships.

One of the core offerings of SDS is the operation of data centres, in which they also run the Brightics AI Accelerator auto-machine learning (AutoML) platform; enabling users to create AI models much more efficiently, accurately and quicker than ever before.

Dr. Patrick Bangert, Vice President of Artificial Intelligence at Samsung SDSA, directs the AI Engineering and AI Sciences teams. The AI engineering team develops the Brightics AI Accelerator, providing distributed training and automated machine learning to speed up the creation of an AI model. The AI sciences team makes models and provides expert consulting services. They supply the full spectrum of AI model development, backed by state-of-the-art technology and human expertise. A PnL (Profit and Loss) organisation, the AI team sources projects inside and outside of Samsung Group, maintaining their own computing infrastructure and covering a global footprint.

The human benefits of automating the imaging process

A big focus for Samsung SDS has been the healthcare sector, where AI has been automating the imaging process in areas such as radiology. As Bangert states in no uncertain terms: “The medical system worldwide is overloaded. There are not enough doctors around to fulfill the demand and they are heavily impacted by workflows, bureaucracies and billing processes.  The amount of time that any physician can spend with the real human patient is really a minority of their time.  A doctor’s opinion might be wrong about 30% of the time, and so complex diseases - from complex medical images - are often either missed or mis-diagnosed. Getting a second opinion is already a billion dollar market today.”

Second opinions typically come from other humans. Artificial Intelligence provides an objective third party and very neutral second or third opinion to any diagnostic procedure. Using AI removes the variability of any one physician having a certain amount of experience, because the AI model is able to process vastly more cases and doesn’t forget things.

As Bangert observes; “AI models typically achieve an accuracy of the high 90% ranges so in certain conditions, sometimes up to 99.9% accuracy in certain cases, depending on how much data is available and how good quality that data is. By automating these processes, we simply make everything faster. The benefit of this would significantly lower the costs from both the providers and the patient’s care costs, while increasing accuracy of diagnosis and speeding up the overall time from the initial pain point to the start of the treatment cycle.”

The jewel in the crown of Samsung’s AI efforts is the Brightics AI Accelerator. Bangert answers in three parts why this toolkit is so crucial: “Firstly, in the case of imaging, for example, an annotation is typically a manual drawing of an outline around something that's important. We were used to seeing this in the context of street scenes with images for autonomous vehicles, where we might draw an outline around people to say ‘okay, this is a person who denotes an obstacle that the car must not hit’. Or we would draw an outline around the traffic sign and then have to explain if the signal is green, amber or red, and then the appropriate interpretation again of what the car has to do” said Bengert.

These annotations, he explains, are made very quickly by an auto labeling facility in the products and the AI Accelerator, which effectively sorts the images in the correct order that provide the information.

The second part according to Bangert, is related to the Brightics AI Accelerator AutoML platform, which conducts feature engineering, which means pre-processing the data in such a way as to bring out those aspects of the data that are most informative, and also selecting the correct model for the situation.

In Bangert’s opinion, artificial intelligence is really an umbrella term for quite a large number of distinct methods and model types; including neural networks, support vector machines, random forest or decision trees. It’s a case of picking the right one.

Bangert explained that the third part that AI can play in healthcare imaging is hyper parameter tuning: “The algorithm that trains one of these models has parameters of its own. They are set typically by a human being, which then leads to a trial and error process of tuning these things correctly. AutoML tunes them for you automatically.”

When it comes down to the AI accelerator, distributed training is another tactic of Samsung’s: “We utilise more than one graphics processing unit (GPU). To help speed up the process, we may use many hundreds of these GPU processors, simultaneously distributed over many computers to execute a single training task.”

With the AI accelerator as the go-to toolkit for Samsung SDS, the aim is to work on all the areas of efficiency, labelling, tuning of the models and distributed training in parallel, so they can “execute the artificial intelligence workflow a lot more quickly and efficiently and actually arrive at a much more accurate model at the end.” said Bangert.

Bangert is quick to highlight that the first major challenge lies with “the annotation of the data. Once you've acquired the data, you need human experts and, in this case, doctors and medical professionals to look at each data sample and annotate - and if it's an image, they need to draw something.”

A doctor takes 20 to 30 minutes to draw their annotation on top of a single image. And in order to train an AI algorithm to recognise anything meaningful, thousands of such annotated images are needed. The process is the most time-consuming and expensive of the entire AI workflow.

It’s the primary obstacle that the auto-label facility of the Brightics AI Accelerator is there to overcome, using a technique called active learning to speed that process up by 90%, so it will reduce the amount of human labour from 100% down to 10% - a very significant gain, usually in the double digit millions per model.

The second big challenge for Bangert is related to his home in the United States, where The Food and Drug Administration (FDA) must approve any physical device used in the medical industry.  Bangert states that “because governmental agencies are not as advanced in their treatment of artificial intelligence, getting a physical device approved can take a long time. The established processes and personnel are simply not familiar with this new technology, as far as they're concerned, AI is brand new.”

“Climate change is the one great challenge of humanity” says Bangert.

“AI has a large role to play in trying to limit the rise of various greenhouse gases. That has a lot to do with how efficiently we can run things in factories, vehicles, airplanes and people's homes,” he continued.

Samsung devices with AI have simple features that notice when things aren't being used and turn them off; through to more sophisticated uses like guiding the cycle in a washing machine, depending on how many clothes are in the barrel, to running the home security system.

Perhaps equally as impactful could be weather forecasting or climate modeling, which is becoming more dependent on artificial intelligence, according to Bangert: “There is a lot of mathematics and science-related work that AI can help with. If it could run in real-time alongside an industrial facility, for instance, of course, it would use less electricity.”

According to Bangert, global data centres currently use around 2% of the world’s electricity supply, but it is forecast to rise to 10% over the next 10 years. Can AI be blamed for this rise?

“Other factors that happen in the physical world are circumvented due to AI. Take, for example, the primary use of the internet, which is shopping. If you go to a website and you buy something, and that is delivered to you by the postal service. That is a lot more efficient from a greenhouse gas perspective than if you go into your SUV by yourself and you drive 20 miles to the next mall.

One of the biggest cultural disconnects with AI is trust. Companies such as Samsung SDS take their ethical responsibilities very seriously: “We make sure that not only have we created the model in an ethical manner, but also that we are using it in an ethical manner,” says Bangert.

This leads to explainability, where the AI model should not just deliver the answer, but it should deliver an explanation of why that is the correct - and best - answer.

“It must present the information in a way that's understandable for the audience. In healthcare, this is of course the doctor and the patient. So if you're going to tell people that they have cancer - you better say why.” said Bangert.

It’s clear that trust is something that Samsung SDS has to generate alongside the global AI community. But beyond just the imaging domain, Samsung is exploring electronic medical records that go beyond the pure image to unify the analysis of natural language processing, which would be relevant to the text that the doctor writes.

“The ‘multimodal’ AI system can take care of image input, text input, numerical input, and unify it to a holistic picture of what might be the case, and what should be done about it.” said Bengert.

Bengert focuses on the good that AI can bring: “By automating certain tasks, physicians and patients can deal more with the planning of the treatment, discussing how treatment might impact the patient's life. Doctors can act as doctors rather than an expert data processor.”

Another criticism of AI-enabled automation is that it’s making a lot of people redundant,  but that is not true according to Bangert: “AI, in general, is creating new jobs and allowing people to work in very different areas - in medicine specifically. Because of the lack of personnel, this is extremely welcome. And of course, the patients expect doctors to be patient-facing rather than be internal facing.” 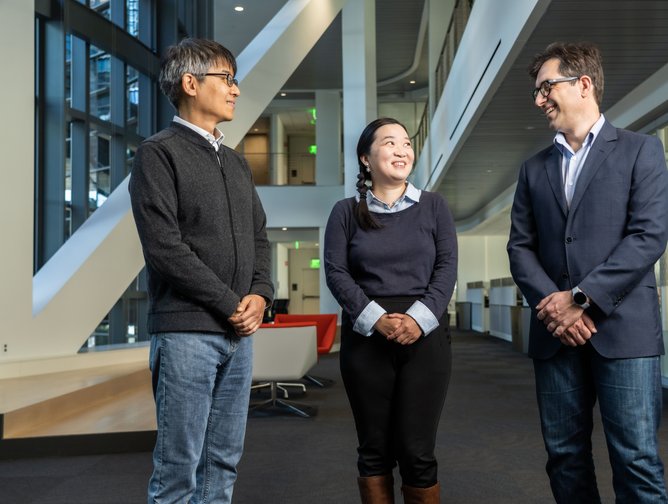 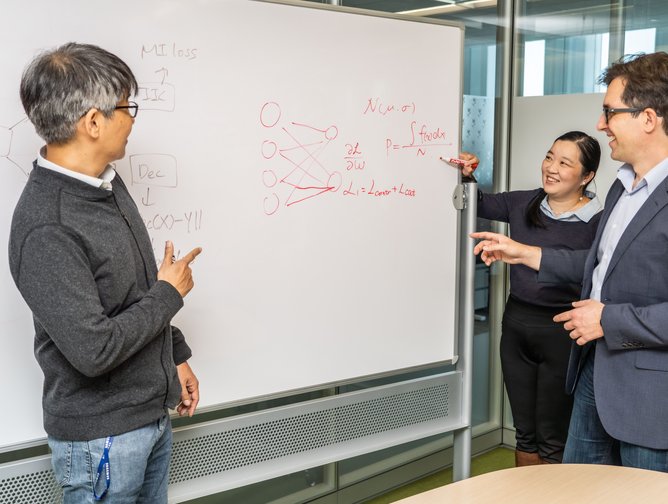 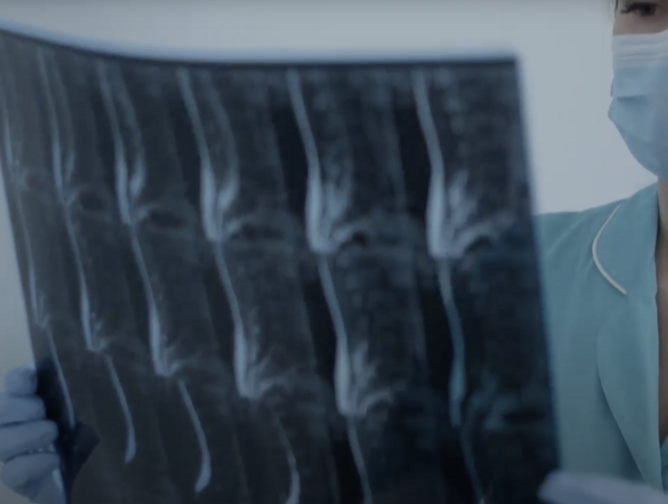 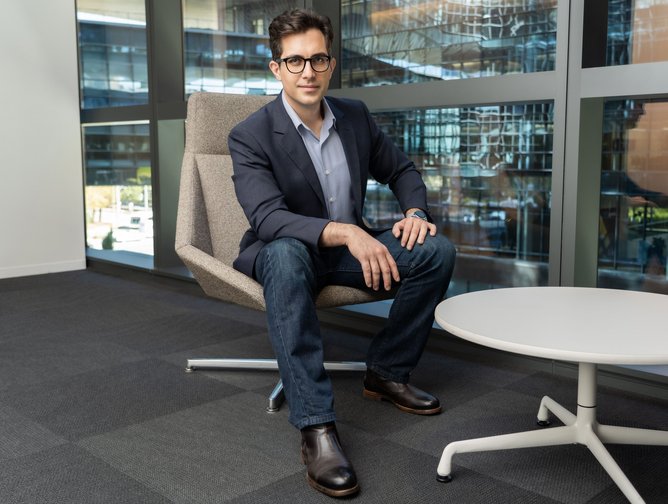