Prysmian Group is now a global force in the energy and telecom cable systems industry. Boasting nearly 140 years’ experience, the company’s wide service offering has driven sales exceeding €11bn via a 29,000-strong workforce operating in over 50 countries across 112 plants worldwide. Since the $3bn acquisition of General Cable in 2018, the group is embracing the complex transformation required to merge company cultures and meet the needs of a global footprint, while managing the synergies between procurement processes, supply chain and operations.

Prysmian’s CPO, NA Brian Schulties worked at General Cable, starting in 2006, so he has a unique perspective on the challenges ahead. “While the re-organization was challenging, it was timely,” he reveals. “We’re merging two cultures into one and it’s not something you do in 30 days…” Senior Supply Chain Director Gianmichele Alivia agrees: “Setting up the new organization was only a part of the work that had to be done. We're now starting the discussions about merging the ERP systems and the tools we need.”

Following its acquisition by Goldman Sachs in 2005, the former Pirelli Cables & Systems (where Schulties also worked prior to General Cable) was renamed Prysmian. “The company has grown tremendously in the past year,” explains Alivia. “We generate approximately $4.1bn in revenue in North America, which was more or less what the legacy Pirelli company was doing globally. All of the challenges are mastered here. Since the acquisition, we've been working to bring these two entities together. North America is where the bulk of the general cable business was and so this is where the majority of the effort has been placed.” That effort has included the integration of 5,000 staff while managing fixed costs, something that has been key to Prysmian’s success as a lean organization.

Schulties admits a $3bn acquisition invites a period of instability. “Expectations since the merger are high, and we only have two years from start-to-finish to work on the synergies - beyond that it becomes the normal course of business.” He cites the success of the integration of Draka into Prysmian Group in 2011 and notes that CEO Valerio Battista has stated the progress with synergies is ahead of schedule. Alivia adds that the same challenge is being tackled on the supply chain side “The first step was to look at inventory (since the merger inventory locations have dropped from 77 to 70) but now we’re analyzing more complex points including the rationalization of our network where inventory is kept, our flows, product location and distribution. We need to ensure we make the right product in the best facility,” he explains.

Prysmian is engaged in setting new contracts with carriers and working on their implementation with third-party logistics companies essential for managing the network. “It’s not only the logistics network,” adds Alivia. “We are reviewing every single facility and product to make sure we service the customer from where it makes the most sense; we’re looking at cost of production and factory efficiencies, but also the cost of delivery.”

Beyond the strategic change triggered by the merger, Alivia notes how Prysmian is always open to dynamic change in the quest for greater efficiencies through the implementation of new technologies. “We’ve run idea pilots with augmented reality in our factories and trialed smart devices, such as sensors, both in our production lines and out in the field.” The group is keen to implement machine learning to help with its logistics network, though Alivia concedes the cable industry is quite conservative and only implements technology when it can serve a proven purpose. “One of the most interesting things we’re doing is putting tracking devices on our cable drums to be able to monitor where they are at all times and ensure there is a faster turnaround of these assets once the cable on the drums has been used,” he reveals. Meanwhile, Schulties believes there’s potential to harness AI capabilities to reduce the need for remedial tasks.

Almost a year on from the acquisition, Prysmian Group is preparing the significant step of merging its ERP systems. “It will generate efficiencies with everyone operating the same way on a shared system; obstacles will be removed giving us a better foundation to build for the future,” confirms Alivia. “We are going state-of-the-art with the latest version of SAP, which is IoT (Internet of Things) ready. This will allow us to build onto it and look at the potential for predictive analytics, machine learning and AI.”
Beyond the challenges of the merger, innovation remains a high priority for Prysmian with 25 R&D centers across the globe and a commitment to patenting new cable designs. Schulties is keen to act on the voice of the customer and see the company leveraging its supply base, as far as its technology and ability to provide innovation with delivery to market. On that quest, Prysmian works with 3PL, transportation and supplier partners. “We’re in discussion with companies like UPS,” says Alivia. “How do we create more than just a supplier/customer relationship? How do we form a strategic partnership with the extended supply chain team to come up with solutions? We’re having whiteboard discussions to find ways of solving shared problems across the entire infrastructure of our organization.”

Focusing on shared sustainability goals is also key for a company ranked third in its sector by the 2018 Dow Jones Sustainability Index (DJSI). Prysmian is working with procurement to identify ways it can increase the percentage of return of recycled plastic and wood from pallets. Meanwhile, it is engaging with freight providers who invest in new trucks to improve mileage efficiency and reduce emissions. “We’ve also joined the SmartWay,” adds Alivia. “It’s an EPA (Environmental Protection Agency) program whereby companies work collectively to reduce emissions and improve efficiency.” SmartWay offers an integrated set of no-cost, peer-reviewed sustainability accounting and tracking tools to help companies make informed freight transportation choices across their supply chain.

Looking ahead, Prysmian’s strategy is to be “consolidators of the market,” says Alivia. “We want to squeeze efficiencies out of the companies we acquire, generate cash, pay the debt and get ready for the future acquisition. The fact that we've just made a big purchase doesn't mean we’re not analyzing the next potential acquisition two or three years from now.” The strategy is set: making links in the chain is building a bright future for Prysmian and its customers. 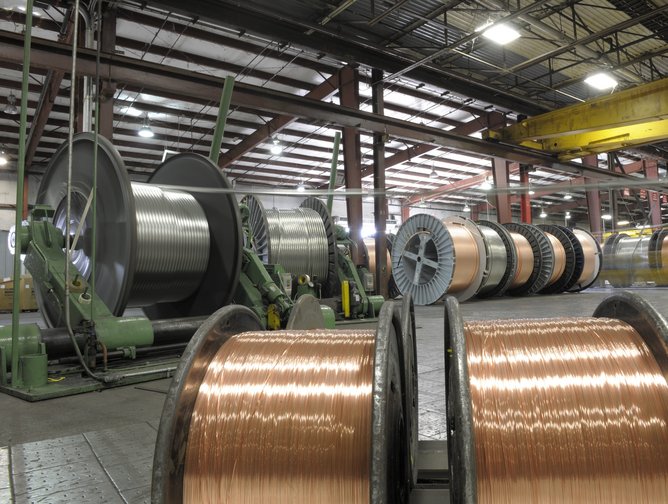 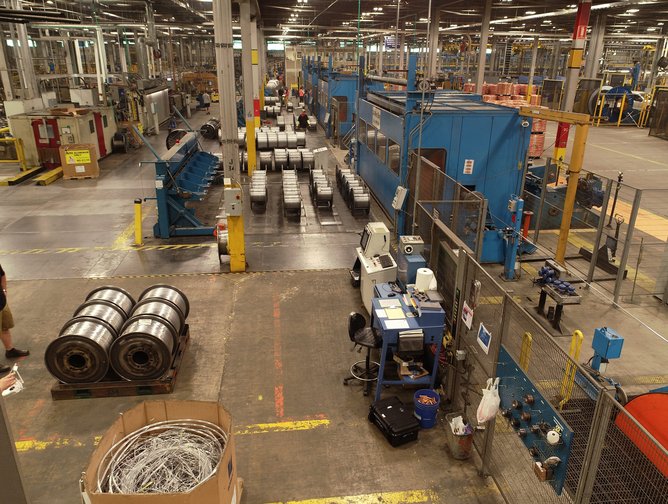 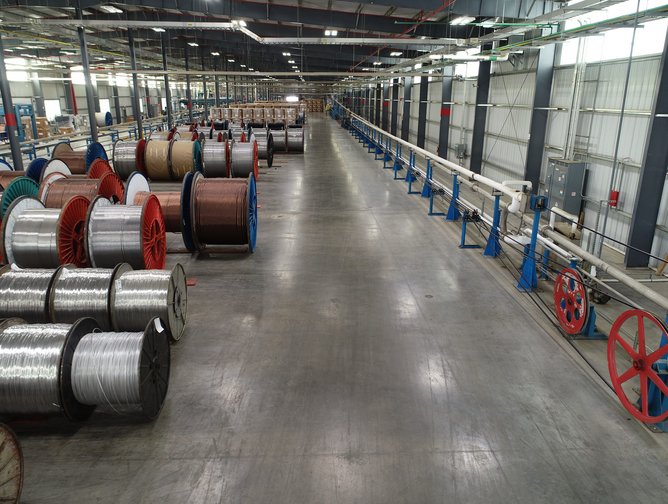 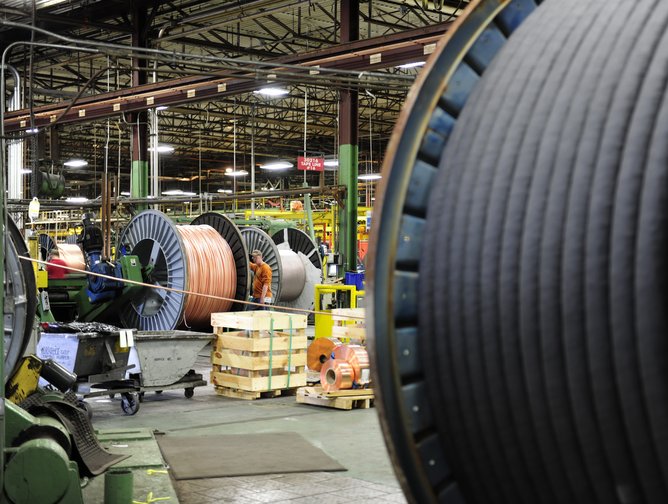