View Full Report
Dr Moudhi Aljamea, General Manager of the Digital School at STC Academy, talks innovation in education, and how she is helping to reinvent the culture o...

The technology landscape is always changing. New technologies like quantum computing and 5G surge into the marketplace, while trends like cloud and IoT adoption barely transition into the mainstream. As it was theorised by Charles Darwin, “it is not the strongest of the species that survives, nor the most intelligent that survives. It is the one that is most adaptable to change.” In the Kingdom of Saudi Arabia, it is a time of upheaval and rapid advancement, as the nation continues its supercharged adoption of digital technologies and strategies in preparation for Vision 2030 - the central goal of which is to reduce the Kingdom’s dependence on oil and petrochemicals, diversify its economy and develop sectors like health, education, infrastructure, recreation and tourism. “This is an exciting time for us in Saudi Arabia. I think that, with the support of our company and our government, we will reach the goals we are aiming for,” enthuses Dr Moudhi Aljamea, General Manager of the Digital School at the STC Academy.

As General Manager of the Digital School in the STC Academy, Aljamea is at the centre of a digital operation that will have a perceptible effect on the Saudi telecommunications space for decades to come. We sat down with her to find out more about her role in reinventing the culture of the Kingdom’s largest telco.

“My father was an electrical engineer, and my uncle was the person who introduced the Arabic language to computing, so I come from a very technologically-oriented family,” she recalls. After obtaining a bachelor’s in Computer and Information Systems from King Faisal University, and following a stint running her own software business, Aljamea accepted a government scholarship to travel to London where, after completing a Masters and obtained her PhD in Computer Security from King’s College in 2016. Specialising in algorithm design for cyber security, she is a certified Ethical Hacker, a veteran of working in academia, and became the first woman to join STC’s executive team in February 2019. “Because I have this mixture of technical and academic backgrounds, I found the idea of working in a corporate academy very interesting,” she remembers. “I think it’s a known problem that there’s this gap between academia and industry. Working at the Academy presents the opportunity to do both at the same time and help fill this gap, which is exciting.”

The role of the STC Academy as an education provider to the company’s executive staff presents Aljamea and her team with an interesting set of challenges. “They are almost all experts in their own field,” she explains. “It’s not like working with a student, or in a university, or running a training course. They’re executives that are taking time out of their busy days, so in order to engage them, they need to see something worth leaving work for.”

In order to create educational courses that engage STC executives, the STC Academy’s curriculum is focused around introducing them to new technologies through highly customised and immersive training courses developed in conjunction with STC’s partner companies. “We don’t use off the shelf programs from third party vendors; we always customise our programs. The customer experience of our clients within the program is paramount, so the STC Academy makes sure that what we are delivering is custom tailored to our executives,” Aljamea explains. “We try to avoid traditional methods of delivering courses, instead focusing on interactivity. We’re designing cybersecurity labs, for example, in order to run simulations that allow our executives to live through the experience of a cyber attack.” Increasing cyber threat awareness and readiness in its executives is a top priority of STC and the Academy. “The more connected we become, the more we are exposed to cyber risk. The weakest link in every system is the human aspect, so, as an executive, increasing awareness of this type of threat is critical,” Aljamea says.

In addition to cyber security, Aljamea explains that the Academy’s program also delivers education in the fields of data analytics and artificial intelligence (AI). “I have a vision that every employee at STC should have at least a basis of knowledge regarding cyber security and data analytics. It doesn’t require a technical background; it’s something that they should know about. So, one of the things we’re doing is developing our executives knowledge of data analytics,” she says. “We also focus on AI. We just launched an AI competition for our employees to encourage them to come up with, develop and prototype an idea relating to AI.” Across multiple digital disciplines, Aljamea and the STC Academy is constantly pushing to increase engagement in digital sectors and new technologies.

Aljamea notes, however, that the rapidly changing pace of technology means that, more important to the Academy and STC as a whole than educating executives on technology applications, is helping cultivate an agile perspective and approach. “You never know what the future will bring. Maybe tomorrow we’ll be dealing with new technology that we don’t know anything about today.” As a result, while introducing its executives to new use cases for technologies such as 5G, quantum computing and AI, the deeper goal is to develop an executive team to whom adaptability is a second nature survival trait.

Looking to the future, Aljamea is confident that although “what our executives are learning today might not be important tomorrow, with this agile mindset, they can easily adapt to whatever tomorrow may bring.” 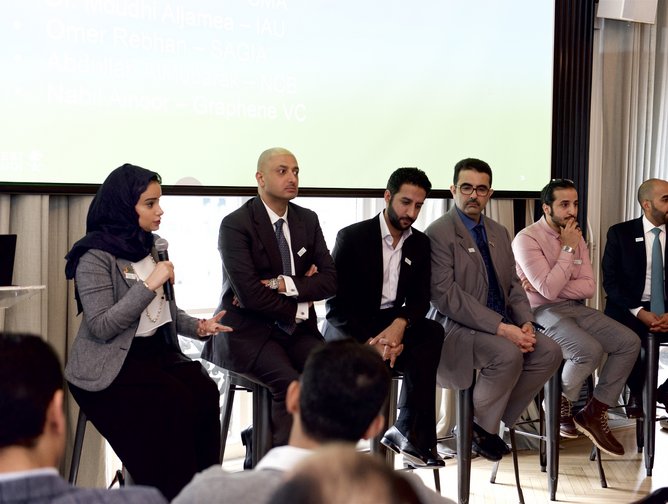 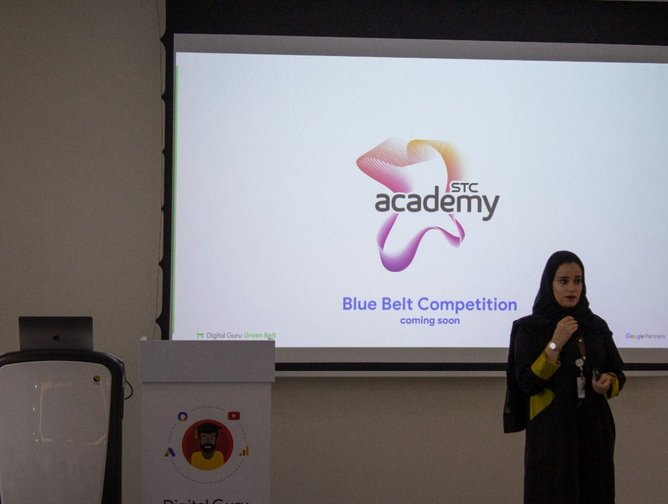 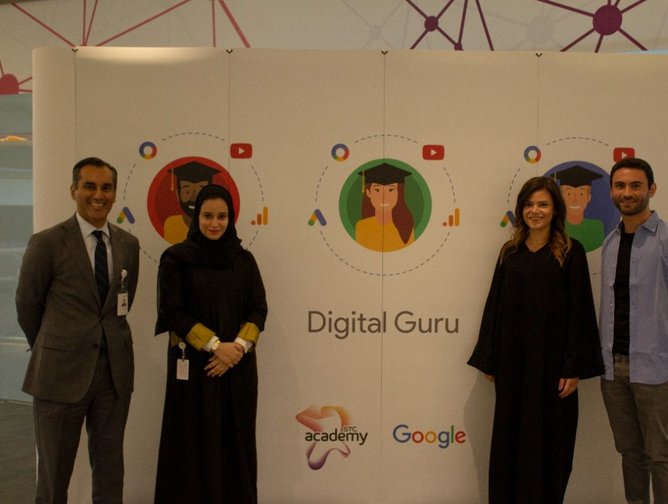 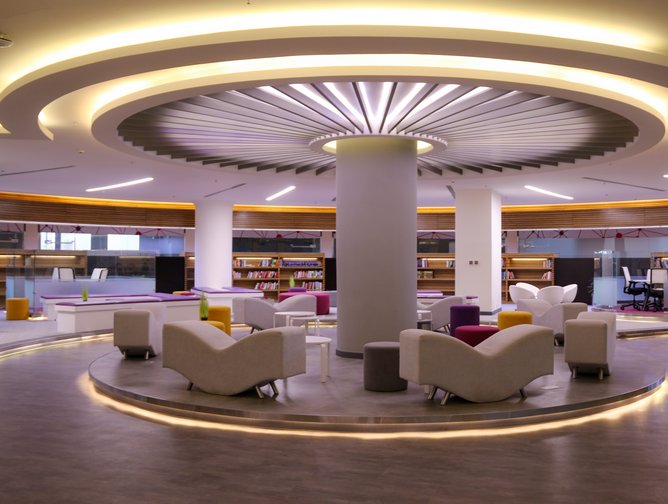 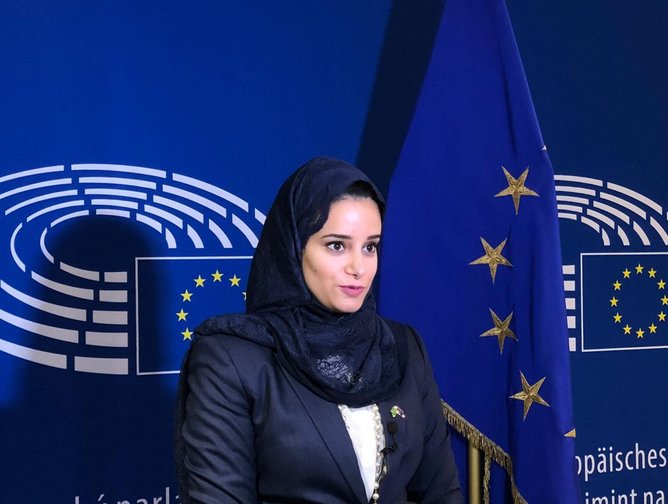 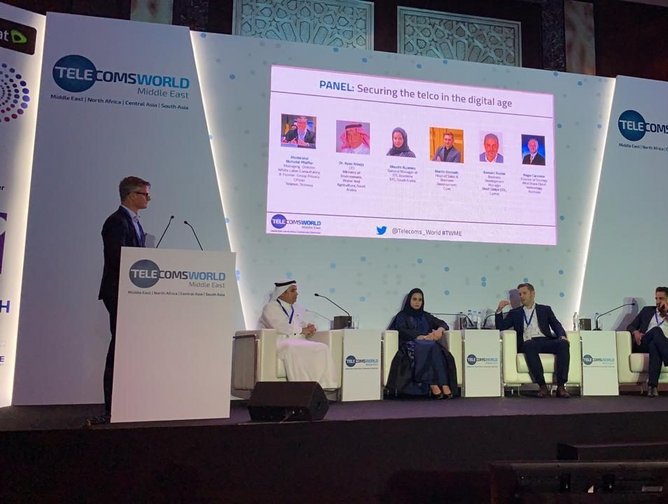