It was in July 2018 that the first National Institutes of Health (NIH) Science and Technology Research Infrastructure for Discovery, Experimentation and Sustainability (STRIDES) Initiative was established. Partnering with Google Cloud and then, two months later, with Amazon Web Services (AWS), STRIDES was conceived as a method for the NIH to fully engage with cloud computing and explore its potential for collaborative data sharing. Part of the NIH’s wider strategy for digital transformation (the Strategic Plan for Data Science), STRIDES has and will continue to play an integral role in making the organisation’s biomedical data easier to access, use and integrate, as well as deliver a more cost-effective form of data management.

Joining as a Senior Project Manager in October 2018, only one month after the AWS partnership, Thomas Shaw came from a highly experienced technical background: graduating in 1986 with a BSc in Computer Science from the University of North Dakota, Shaw gained experience with the American Red Cross, the National Center for Biotechnology Information and even NASA. His career has been an intermingling of technology and healthcare, but this is no coincidence: Shaw claims that the challenges of the former and the inherent significance of the latter made it an ideal combination. “What’s most important to me is ‘what am I doing? What's the project in mind?’” he explains. “When it comes to healthcare in the US, I'm always curious about how we can advance.”

Recognising the NIH as an organisation devoted to positive change and making a difference in people’s lives, Shaw became the first project manager brought onboard for the STRIDES Initiative and appreciated the team’s open workplace culture: “You can go to anybody and ask for help and people will, regardless of what the issue is,” he says. “At the same time, all of the cloud service providers we are working with display an identical attitude and commitment: It's not ‘we can't do this’, rather ‘how can we do this?’ and that’s a wonderful environment to be in.” This aspect has proven particularly crucial because of STRIDES’ sheer scope: integrating data from across 2,700 NIH-funded Institutes and organisations comprising research on topics ranging from tooth decay to vaccines), the amount of information necessary to carry out the project is truly immense.

Offering support services to assist in the utilisation of cloud resources, the STRIDES Initiative covers consultation, structured coordination between the STRIDES team and the recipient’s project or programme, a flexible project billing setup regardless of how the research is NIH-funded, cloud training (both in-person and online resources) and a variety of reports. Regarding the latter, these can take the form of monthly spend reports, supplementary information and account monitoring which will send timely alerts to possible over-spending.

The fundamentals of the Initiative rest on three pillars: access, collaboration and innovation. However, large volumes of data require a simplified, integrated, easy-to-access platform in order to be readily accessible and cloud computing was the vital ingredient which pulled STRIDES together. According to Shaw, the move to cloud was “a big step forward” in the sense that it liberated the sharing of information whilst simultaneously maintaining granular control over it. Making the information accessible to research staff without the need to download it mitigated the need for substantial investment in servers to house the NIH’s collective data, thus saving costs significantly. Indeed, Shaw states that, without cloud, such a monumental task might have been too expensive to execute. “There have been prior attempts to do what we’re achieving with STRIDES, but, at that time, some of the technology just wasn't there for it.” Now that communicating between teams is easier than ever before, a digital, cloud-powered NIH community can explore each others’ work in new and interesting ways. “We have an ecosystem where people with access are collaborating which will lead to innovation. I think it’s really going to excite people,” adds Shaw.

STRIDES’ ability to remove or lower barriers to seamless collaboration and data sharing is what Shaw calls “the golden ticket” for working in cloud space. “At this time, incurring egress is the only way to move data from one CSP (cloud service provider) to another. Resolving the barriers of CSP data-sharing will take research to the next level,” he says. Shaw even postulates that a future pandemic on the scale of COVID-19 could be dealt with more effectively within a mature STRIDES ecosystem. The ability to get quick access to cloud resources, NIH-funded datasets and the ability to work closely with fellow researchers would be highly advantageous in the fight against a new virus. “No longer will that vital research remain only in the domain of major universities or organisations,” he continues. “Instead the playing field will shift to a more level place for research: large funded institutes, researchers at underserved organisations, post-docs, doctoral candidates and even retired researchers with inspired insights could contribute towards a solution.” Although there is no way to predict when a similar pandemic might occur again, one thing appears certain: the power of cloud as a binding agent for coordinating a response will form the basis of any effective plan.

The liberating potential of digital transformation is exemplified by NIH’s decision to pursue the STRIDES Initiative, something Shaw claims was the result of upper management’s realisation that its legacy systems would no longer be functional in the modern digital era. Whilst 10 years ago the Initiative’s aims would have been difficult to execute, modern technology has accelerated capacity beyond imagining. “You would not have been able to move 20 petabytes of data up into the cloud in less than a year previously; it would have probably taken a couple of years at best,” he explains. Such dynamic leaps make the team’s open style of workplace culture even more valuable, as their expertise and receptiveness make them ideal for guiding others through the change. Taking the time and effort to organise training for NIH staff is something Shaw takes pride in, particularly for those who do not properly understand the cloud. As such, he considers STRIDES to be merely the latest iteration of a project which will continue to improve over the years: “The goal is to maintain STRIDES and allow it to continue in one form or another.”

Navigating the future successfully will depend on partners as forward-thinking as NIH itself. Key areas of focus include data protection and monitoring software for multi-cloud data centres and providing STRIDES with an effective and simplified method for eliminating IT issues before they become problematic. From infrastructure assessments, security reviews, access management, training and many other services, STRIDES needs collaborators who are as intrepid and inspired to expand the frontiers of biomedical research as it is. Successful partners will be those companies that are agile, free flowing and committed to the STRIDES Initiative’s mission, whilst also bringing cutting edge biomedical information solutions to the cloud space for NIH-funded research.

Looking ahead to the end of 2020 and the short-term future of STRIDES, Shaw is optimistic that over 100 NIH-funded institutions will have signed up and enrolled in the Initiative, citing a substantial uptick in the usage of cloud resources since the beginning of spring. The reason, he presumes, is the exponential growth of data being generated by facilities within the NIH ecosystem: “The amount of data has quadrupled in the past year as interest has increased. I don't see much changing as far as our cloud is concerned, apart from an increase in usage as more and more people use it.” Shaw intimates that the ‘new normal’, or the revised attitudes to work in the wake of the COVID-19 pandemic, could mean that STRIDES has come along at the perfect time. With remote working and a focus on the practical convenience of digital, organisations have awoken to the benefits of operating in a cloud-based system. Now that the collaborative ecosystem, of which STRIDES anticipated, is starting to become essential to the future of research, Shaw adds that his team’s mission will be to optimise and make it as affordable as possible. “I think, if we develop a superior model, other universities will pick up on the idea and buy into the STRIDES programme. Then, down the road at some point, maybe even corporations will do the same.” 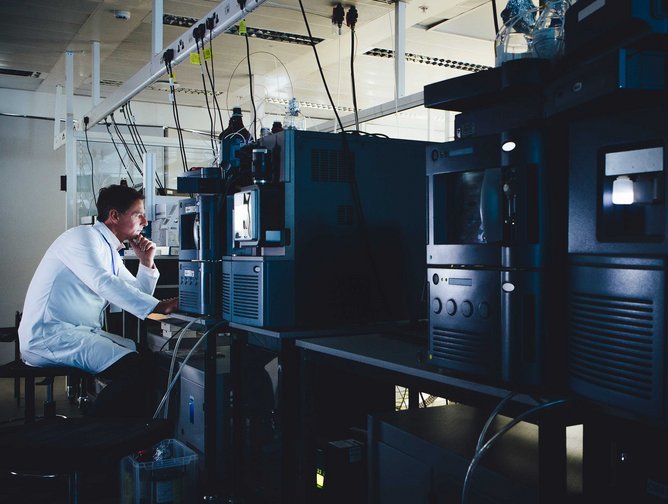 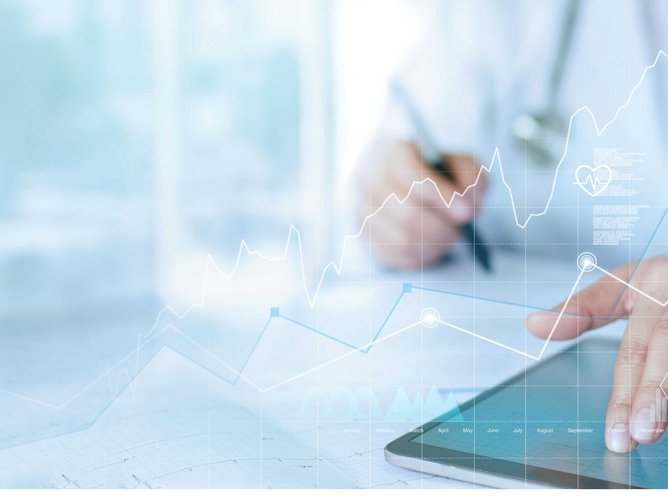