Based in Bellevue, Washington, T-Mobile US has undergone a significant digital transformation process over the past five years, in tandem with a drastic overhaul of its business model. CEO John Legere, who took office in 2012, has reenvisoned the company’s operations by focusing on customer centricity. Now known as the ‘Uncarrier’ network, T-Mobile has become wholly concentrated on maximising customer freedom, rewarding customers for choosing T-Mobile and showing appreciation for their continued loyalty through ongoing offers. The move has seen a series of departures from standard industry practice, with a level of success that has gradually molded the sector around T-Mobile’s vision. Mandatory fixed-term contracts, limited early upgrade options, international usage fees, contract termination fees and more have been upended at T-Mobile, both to the benefit of its customers and the growth of its subscriber base.

Nielsen Mobile Insights reported in early 2017 that T-Mobile had ranked first in customer service satisfaction through the entirety of 2016. In the company’s press release at the time, Legere said: “We have the best care team in the business – at this point, that’s not even up for debate. But, like everyone else at this company, our care team takes ‘we won’t stop’ pretty literally. They’ve got their sights on being the #1 care team in any industry, anywhere – not just wireless.” T-Mobile has made good on this promise as its subscriber base continues to boom. In January 2019, T-Mobile’s Q4 2018 report highlighted the net addition of 2.4mn subscribers to its network, making the quarter its best ever for acquiring new customers. Since 2013, at the advent of the Uncarrier marketing strategy, T-Mobile’s customer base has rocketed upwards by 46mn, bringing the total to 79.7mn at the end of 2018. In the same report, T-Mobile noted: “Not only are customers coming to T-Mobile, but they are also staying longer. T-Mobile posted its best-ever fourth quarter branded postpaid phone churn result this quarter showing the power of the company’s value proposition.”

The digital transformation that has accompanied and facilitated this drastic change of operations, and subsequent success, has seen the incorporation of a host of exciting, disruptive technologies that focus on maximising the quality of T-Mobile’s service offering. Salesforce has been a key partner for T-Mobile over the past five years, with its Lightning and Pardot platforms aiding significantly in the automation and personalisation of the online customer experience. In a Dreamforce 2017 interview with John Carney, SVP of Communications and Media at Salesforce, T-Mobile’s EVP of Marketing and Experience, Nick Drake, described the firm’s use of the Salesforce platforms in driving the innovative operations from an internal base. “We are now incredibly excited about the implementation of Lightning that’s just occurred, as we’re seeing radical efficiency appearing in our business,” Drake said. “From a lead generation perspective, we’re using Pardot to prioritise who we should be contacting, Einstein is going in in the near future to help us become more intuitive and predictive about who we should be calling and what our most qualified leads are,” he continued. “It’s enabling our teams to put the next natural customer experience step into place.” Lightning has enabled T-Mobile to personalise the Salesforce CRM platform to its brand, as well as significantly increasing the efficiency with which its representatives can manage pipelines through a deeply intuitive user interface. Pardot, Salesforce’s CRM-integrated B2B marketing automation solution, enables T-Mobile’s marketers to create, launch, and manage campaigns and initiatives with ease, ramping up their lead generation rates.

This technological focus on the customer, coupled with T-Mobile’s pioneering subscription strategies and offers, is further strengthened by its asynchronous messaging capabilities launched in 2016. Provided by LivePerson, a market leader in conversational commerce solutions, T-Mobile’s Team of Experts service enables its customers to continue through each stage of their digital journey with the same representative, providing a continuity of service that is often sorely lacking across other live chat services. In a September 2018 press release from LivePerson, Drake said: “The frustration of endless robotic phone menus and transfers from rep to rep can ruin a customer’s experience – so we ended it. Now with T-Mobile’s Team of Experts, our customers can get assistance when and how they want to – including via messaging.”

In Drake’s interview with John Carney, he noted that the decision to introduce this service was driven by an understanding of modern smartphone usage, particularly the focus on messaging and video streaming. Today, the commitment to T-Mobile customers’ love for watching video on their smartphones has seen the firm launch a free Netflix subscription with its T-Mobile ONE family package. This attention to detail can be traced back to John Legere’s influence as CEO, who has reportedly instructed each of the company’s executives to speak to customers every day, thereby instilling the laudable culture of customer-centricity through consulting with those customers about what they want from their network provider.

T-Mobile’s next major step in its digital journey is no secret: the much-anticipated leap to 5G. Not only has the firm tripled its 4G LTE coverage since 2015, it has been working hard to ensure it is one of the first to market with its own 5G network. The firm has laid out its 5G Vision, promising the gigabit-speed network standard for everyone, everywhere. Industry experts anticipate that 5G will be one of the most transformative leaps in wireless technology’s history, and T-Mobile says it is the only carrier in the US capable of establishing a strong and well-distributed 5G network in the early years of its release. With T-Mobile set to launch its 5G coverage this year, it says that the network will not only offer significantly faster download and upload speeds but that it will also enable it to offer lower prices per gigabyte for its customers. Highlighting this promise of bringing down its prices is emblematic of T-Mobile’s bold strategy since Legere took the reins, knowing and proving that investing in customers will continue to draw subscribers like never before. 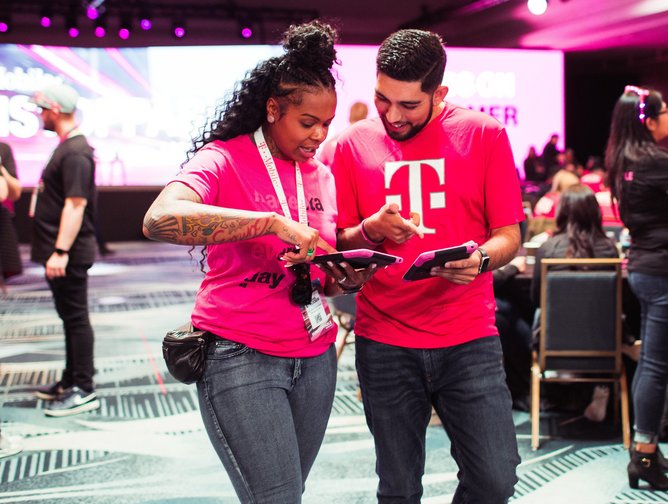 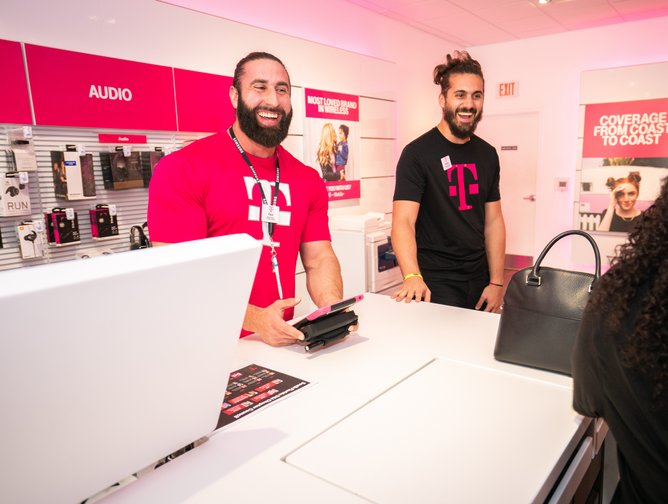 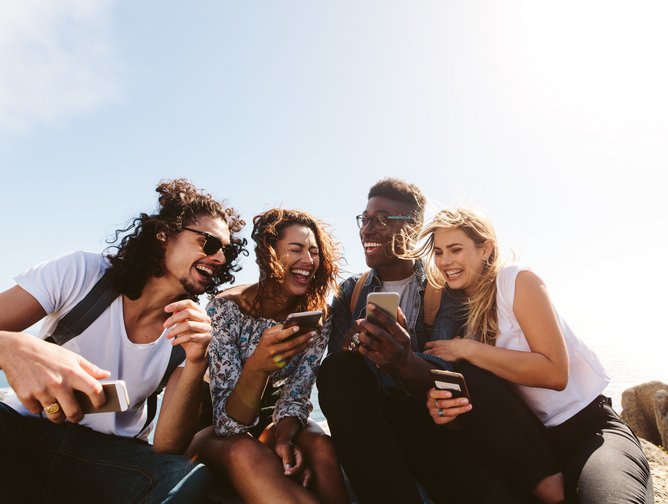