View Full Report
Supporting Edge and Hyperscale customers with a full stack offering for a modular approach to design, customization, manufacture and installation

“I was inspired to join TAS energy because I could see a huge opportunity,” recalls Ron Mann, Vice President of Engineering at TAS Energy. “The data center space was one of the last vestiges for innovation that's ripe for disruption. If you look at traditional approaches to data center construction, they are becoming a lot harder to design and support based on where the IT's going.

“Modular is a big part of that going forward, whether it be at the Edge in support of IoT or the rise of 5G. Because of this changing technology landscape, it’s not a matter of if the data center industry is going to change, but a matter of when and who's going to lead it. TAS is in a great position to help inspire efforts at innovation.”

“During my time working for HP it became apparent that advances in IT cannot always be supported by traditional construction techniques; things like smaller U compute form factors leading to higher density components and rack systems,” notes Mann. “In the modular space, there’s often been the need to engage with two different suppliers, one who was an expert in fabrication and design of the module, because we learned early on that you can't simply take a storage or shipping container and make it into a data center module, it just doesn't work. And then we'd have to find a module integrator who can unite the electrical and cooling together with all the other elements in the module for a complete modular data center solution. TAS has the ability and capability to perform all of these tasks.”

TAS Energy is well placed to meet those needs with best-in-class modular data center solutions that can bring connectivity to the Edge. “Ultimately, this has led to the development of our new TAS Edge Data Center module – the base design is a five-rack solution that can be expanded up to 17 racks by adding additional modules leveraging the same basic power and cooling building blocks with an initial maximum capacity of 20kw/rack..”

The TAS Edge Data Center was developed to deliver the future for Edge computing. Mann’s team focused on three major elements: power, cooling, and IT rack capacity. “We looked at power input and distribution, different approaches to cooling and the possibility for capacity options in the module,” he explains. “We’ve aimed for a design that allows these three elements to be individually modified off the shelf to match customer requirements without having to redesign the entire product to meet specific customer requirements. At the same time, we’re avoiding under or over-provisioning of the power or cooling.”

“We're also utilizing different types of clean technology for that cooling,” adds Mann. “At launch we have a chilled water and DX version, and we will be following up with adiabatic. We're also working with cold plate technology for higher density applications. What's great about this approach is that you can take the same infrastructure we’ve developed, put in say the cold plate technology for CPUs and GPUs, taking away ~70% of the heat generated, then cooling the rest of the IT components with the airflow that is already available. It’s designed to be an adaptable product.”

“The TAS Edge Data Center’s monitoring capabilities encompass a lot of features including calculating things like PUE or pPUE via a configurable dashboard as well as monitoring and alerting for critical functions. “We can support modular IT on any scale, so the alerts can be modified to meet specific customer requirements and densities,” assures Mann. “We understand that flexibility in software is a big part of the management of any solution.”

From stick-built construction to modularity

The move to the Edge is being driven by the need for improved latency. With the adoption of AI, the growing impact of IoT devices, and the rise of 5G, what are some of the challenges that TAS is facing to meet this demand?

“We’re dealing with the transition from traditional architectures and stick-built construction to modularity,” he reasons. “Customers want to take advantage of modularity, but they still want some of the features of a traditional stick-build approach, so there is some mixing and matching going on as the industry adjusts to these new dynamics. Even Hyperscale customers want certain elements of their data centers to be modularized. However, when you are considering a modular approach at any level, not all of the applications or processes from traditional construction apply. Ultimately, we’re having to educate the customer, and also help any third parties involved, to understand modularity with respect to design considerations, operations and even how you ship the modules to site.”

Being at the Edge, presents further challenges with modular DCs being placed inside of buildings, on rooftops, in parking lots, or in a field in the middle of nowhere. “The traditional, large data centers aren't going away, they're just being supplemented to remove the latency and other issues you must overcome for quick data at the Edge,” says Mann. “Localized nodes are coming into play here. It might be hospitals needing diagnostic support closer to patients or IoT that needs supporting across industrial or manufacturing settings.”

“We've had customers trying to build factories that require specific IT elements that need to be repeatable to deploy at sites around the world. That's where it gets interesting. How do you make a standard when you have different standards in how things are applied across the globe? We’re approaching modular structures now as IT devices rather than buildings - it requires a different approach to upfront planning.”

Mann’s team have experience on both sides of the fence and appreciate the complexities of marrying physical infrastructure with IT. “The first thing we do with each new customer is to determine how modular they are. Is this their first deployment? Do they understand the dynamics? Can we scope it right? How can we be cost efficient to make sure that it meets their requirements? Site preparation is key. In my career I’ve seen deployments of IT modules arrive where the site costs spiraled because of a lack of communication or coordination.

“You have to understand the two elements: What's the site going to look like and what are you trying to do? Are you going to put that module on pilons or a pad? How is it going to be deployed? Is it permanent or is it temporary? You don't want to try to save money on the module side and then spend it all on the site because you didn't plan it the same way. Understanding all of these dynamics is vital to create balance and promote efficiency.”

TAS Energy’s full stack offering helps customers develop a greener approach to power by avoiding over-provisioning. “We make sure we’re supporting the customer with exactly what they need for their IT load. For example, if you’re running an average of 10kw/rack across five racks, but the application - maybe it's some type of algorithm for analysis or you’re running a business application – jumps up your compute load to 20kw/rack. How do you make sure your system is accounting for that? We can deploy a system capable of ramping up and back down again so that it matches the load and you're not wasting power, so for example, you're not always static at maximum of say 20kw/rack cooling when you only need 10kw.”

TAS is also at the forefront of the nascent market for immersion cooling technologies with two phase systems. Cooling happens by the natural process of heat evaporation and cooling without consuming  a lot of energy. “This technique optimizes the cooling of hardware and results in better cooling efficiency,” says Mann. “Compared to traditional air, liquid immersion cooling, is the best method to remove heat but as with any new or emerging technology, there are support trade-offs both as the technology matures and the market adopts it. This is why we take a step approach using best of breed designs and technologies today while continuing to innovate with future technologies that will be used as IT applications and hardware continue to evolve.

TAS is also developing hybrid solutions featuring technologies like cold plate combined with optimized air cooling, says Mann. “As we reach the limits of what we can do with air alone especially as rack power densities increase, you have to look at these hybrid approaches” he continues. “People are getting past the hesitancy of introducing water to a server as they better understand the IT density cooling challenges.”

Mann highlights the long-term strategy for companies will be to focus on more efficient and consistent design. “Whatever geography a data center is in, modularity lends itself to a repeatable approach that can be deployed as standard, reducing waste and saving both time and money.”

Meanwhile, in the short-term, when companies run out of capacity, they’re looking for a fast turnaround. “Companies are asking: How can I modularize and get something in place today?” reveals Mann. “TAS is well placed to answer that call with its TAS Edge Data Center offering. You don't have to build a megawatt data center and only use half of it initially; modularity allows you to deploy and pay as you need it. We also have some customers who are treating these modular DCs as an expense versus capital because they’re considering the lifecycle of just a few years and then replacing it with another IT solution incorporating the latest IT technologies.”

With Edge evolution sparking a connectivity revolution, Mann is excited about the opportunities TAS has to help its customers realize new and cost-effective ways to deploy their applications. “This industry is ready for change to meet the demands of new IT and edge applications… The TAS Edge Data Center is the right modular product for the right time. Our goal is to not only have products that fit the environment today, but that can also adapt and grow as the environment changes tomorrow.” 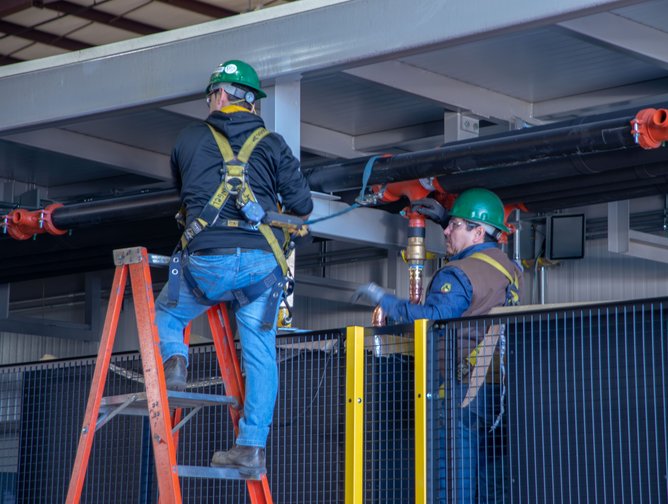 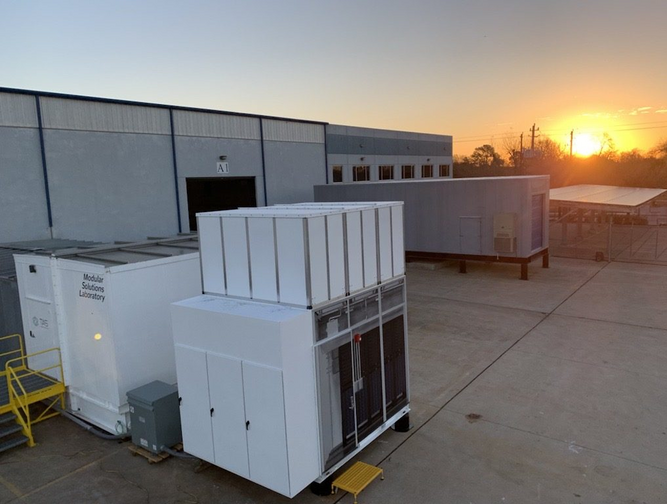