Federico Cocchioni, current Chief Technology Officer (CTO) of the UN Economic and Social Commissions for Western Asia, has seen the UN develop over the years into an efficient, innovative, effective, inclusive and transparent organisation that highlights the importance of leaving no one behind. Indeed, within Cocchioni’s office in Beirut their motto is “shared prosperity and dignified lives.”

Over the course of 20 years, Cocchioni has held nine positions at the UN. He began his career in 1999 as an Associate Information Systems Officer, tasked with migrating an old and obsolete email system over to one that was more robust, secure and standardised. In addition, Cocchioni utilised his past career knowledge of IBM Lotus Notes to implement a new distributed database system for rapid deployment and secure encrypted data replication. Today, Cocchioni’s role at the UN is Chief Technology Officer (CTO) of the UN Economic and Social Commissions for Western Asia, working on technology to support the Sustainable Development Goals in the region.

Within the UN Secretariat, Cocchioni’s Division is addressing the digital agenda for technology, which can be summarised into four key areas: “Deepening the UN’s internal capacities, exposure to new technologies, supporting dialogue and enhancing the UN’s system support to government capacity development.” Cocchioni also highlights the importance of the UN increasing partnerships within both the public and private sectors (governments, academic, private companies and civil society) to ensure effective engagement on new technologies.

Reflecting on the organisation’s evolution, Cocchioni believes the UN has truly ridden the wave of digital revolution, with its transformation starting in the 1990s. “We moved from analog to digital in the 90s, embracing the internet and email which allowed staff worldwide to finally communicate smoothly and quickly. At the end of the 90s, we introduced webmail, coupled with the use of Blackberry devices for mobile email.” Moving on to the early 2000s, Cocchioni explains the introduction of electronic document management. “We introduced scan and send devices as well as optical character recognition in order to better handle, archive and search through vast amounts of documentation.” Other implementations over the years include, voice over IP, satellite imagery, radio communication, data capabilities and global governance of an IT infrastructure to improve security.

In the last decade, the UN has been working to centralise and standardize its main systems, including enterprise resource planning (ERP), enterprise content management (ECM) and customer relationship management (CRM), as well as developing a centralised data warehouse to build business intelligence solutions, reduce the number of data centers used by the organisation and reduce its reliance on local infrastructure.

“Innovative technology is helping significantly in various peacekeeping, humanitarian and development operations carried out by the UN,” comments Cocchioni. In particular “geographic information system (GIS) technology such as satellite imagery is being utilised by military observers for border identification and asset tracking, as well as digital radio and satellite communications for staff deployment in areas with no infrastructure.”

In 2006 – following the signing of the Comprehensive Peace Agreement in 2005 – Cocchioni took part in the Sudan peacekeeping mission. “We were responsible for setting up from scratch the entire ICT infrastructure including satellite communications, mobile redeployment vans, and the wide area network for voice and data.”

“There were major challenges” says Cocchioni. “The country was very large, and procurement of equipment and recruitment of qualified people takes time.” In the year Cocchioni was part of at the major operation in Sudan, $60mn dollars was dedicated to acquiring the infrastructure to deploy IT and telecommunications services across the country. “These operations can be quite expensive because the UN deploys where there's no infrastructure and where it cannot rely on existing government provided electricity, radio and computer networks. At that time, we didn't have cloud services either which was a major challenge alongside limited internet bandwidth. It was important that we established and installed servers within the local area network to reduce the use of limited bandwidth running through satellites.”

Internally, the UN has come to the end of its 2014-2019 ICT strategy which focused on five key pillars: modernise, transform, innovate, govern and optimise. To achieve this the UN has been working through a number of phases to restructure its ICT operations globally. Key projects Cocchioni highlights include the UN utilising innovative technology in relation to online collaboration. “We adopted the Microsoft Office 365 platform, which has allowed integration between email, video conferences, document sharing and more – something that was very much needed within the organisation to be more effective and efficient.”

Other ways the UN is utilising technology is through the use of data. “To work more collaboratively we need to have integrated knowledge portals which allow all UN System partners in each region access to data in one consolidated place and ensure everyone is working towards the same goals (SDGs),” says Cocchioni. The UN has also been looking to reduce its footprint with hybrid cloud technology, building upon its continuous goal of a centralised system. “We created two major enterprise data centers in Europe and we are in the process of developing a cloud strategy, following our initial move to hybrid cloud.”

In addition to these changes, Cocchioni highlights the importance of innovation and how the UN has been developing its cyber diligence and analytics. “At this stage I think we are making great strides on the path of digital integration in an effort to improve collaboration, reduce the problem of siloes of information and, thus, increase our ability to deliver the 2030 SDGs agenda. These successes are largely due to our strong central governance in headquarters. We are now looking to embark on a new strategy for the next five years focusing on emerging technologies, partnerships and increased financial accountability for IT initiatives.”

When it comes to working with partners, the UN has established a clear Sustainable Development Goal - Goal 17 - with a dedicated office for partnerships and Innovation Labs. “Lately the UN has been empowered to look for useful partnerships with institutions, the private sector and other UN entities to find the best solutions,” says Cocchioni. Over the years the UN has partnered with various organisations to achieve its operational goals. “We have worked with IBM, Microsoft, SAP, Oracle as well as Lenovo for desktop and laptop computers, Cisco for network equipment, video conference equipment and network security, HP for servers, Dell EMC for data storage and VMware for virtualisation.”

Cocchioni highlights that although the UN still needs to perfect its operational strategies and further digitalise its processes, the UN’s vision of working towards a better world and its global position as a non-profit organisation makes it a strong and constant catalyst for innovation around the world. 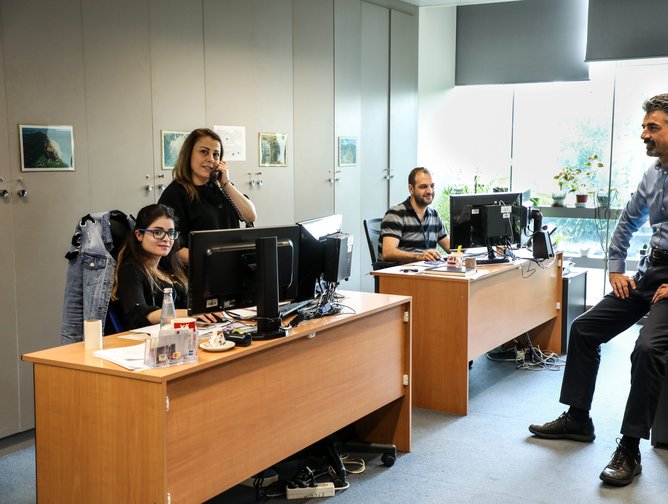 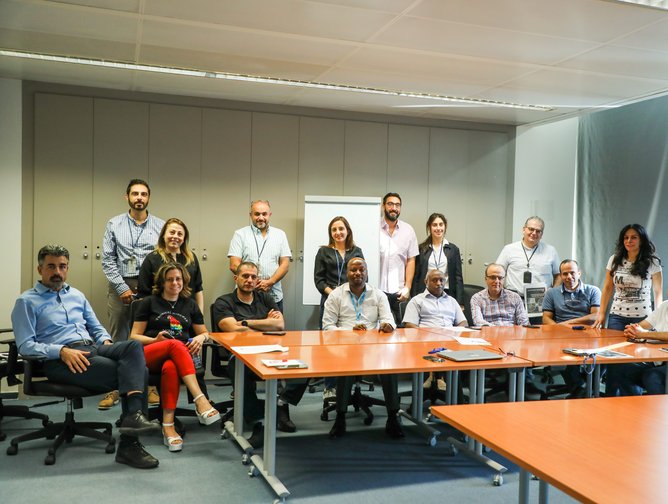 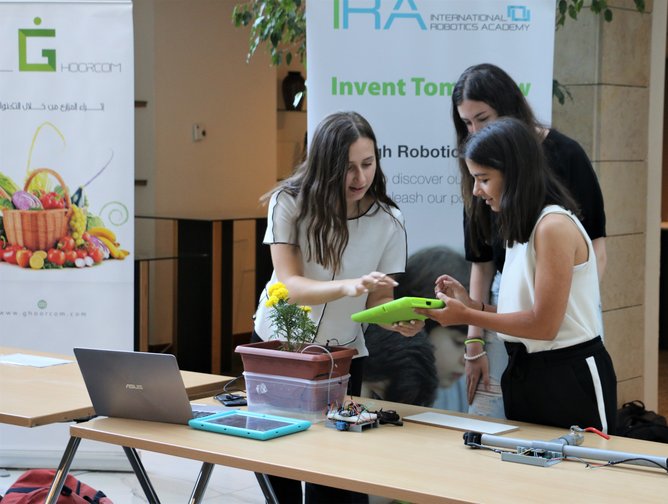 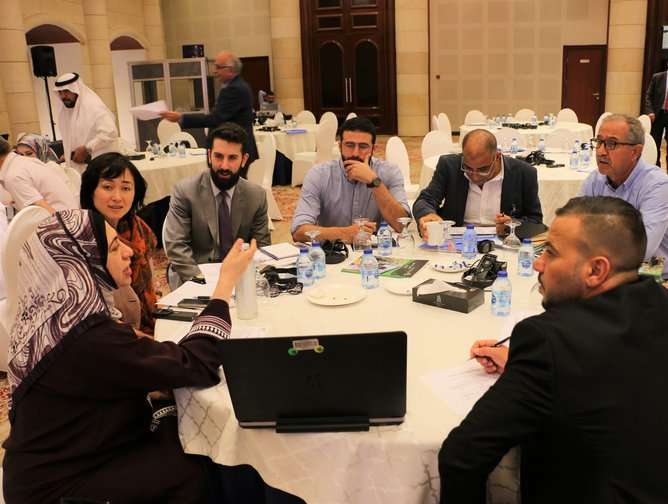 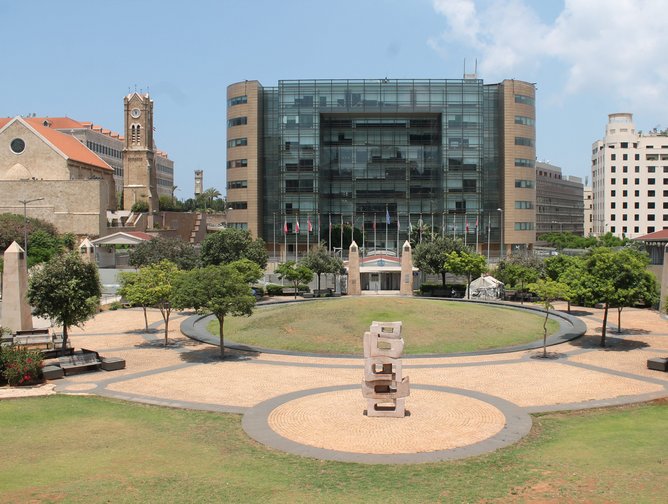 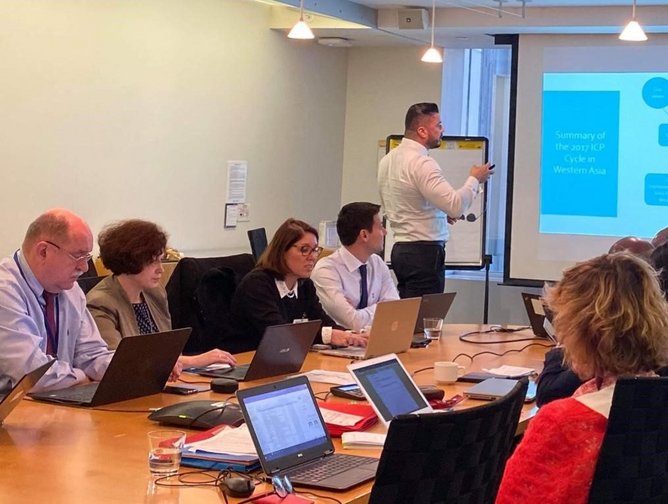