US Air Force: feeling the need for innovation speed

View Full Report
As one of the largest organizations on the planet, the US Department of the Air Force is charting a new course in digital technology. It’s top tech br...

The US Department of Defence, were it a commercial company, would be one of the biggest in the world. Like a container ship, its size – while staggeringly impressive – is also a handicap. Changing tack is the work of an army of personnel under the command of strong leaders. And it happens slowly.

Or it used to. As far as technology is concerned, the need for agility and development speed is so pressing, the US Air Force has had to order a bigger rudder. It installed a new Chief Information Officer, Lauren Knausenberger, in August 2020 and a number of other high profile hires have joined the mission to set a new course for the 21st century.

Knausenberger admits the DoD is “a little bit behind the commercial world” and occasionally stymied by old-world thinking. “I was at a conference and I heard something I hadn’t heard in a long time: ‘digital transformation is great and everything but it doesn’t really enable the war fighter’. That used to be how a lot of people felt, but we look at that attitude now and think it’s pretty humorous. The dialogue has changed and more people are realizing that when it comes to future war fighting and especially future deterrence, it’s all about the digital realm.”

The emergence of digital warfare isn’t new, but the definition is morphing from a vision of bespectacled keyboard warriors towards “digitally enabled airmen and guardians” through “global ubiquitous connectivity – having things in the cloud, able to move between different levels of classification seamlessly, having meaningful data coming from sensors all over the world, AI for machine-driven insights. At any point in time, airmen and guardians can see their entire operating picture anywhere in the world and move assets, physical or digital, to meet the mission need.”

Knausenberger has three ingredients in her recipe for achieving this: digital modernization, all domain command and control, and AI (specifically automated valuation models, or AVMs). “The rest of it just comes down to use case and tying the technology together to achieve a mission, even on the fly.”

She is adamant that the path to this digital nirvana is not paved with old methods overlaid with new technologies. Nor old attitudes. For inspiration, the US Air Force is looking to adopt the agile workflow and disruptive mindset of Silicon Valley start-up culture.

Enter Nic Chaillan, the US Air Force’s Chief Software Officer, whose resume is a catalogue of entrepreneurial spirit having founded 12 companies over a 20-year career (he started his first aged 16). Sensing that he could “make a difference” in a world of terrorist attacks he joined the Department of Homeland Security in 2016. Three years later, he heads up software, DevSecOps, cloud and cybersecurity for USAF. Illustrating the DoD’s historic attitude to software, the role did not previously exist.

Chaillan’s history is the antithesis of the department’s size, structure and way of working. His companies were built fast and small, with all eyes on the exit strategy. “Everything,” he admits, “is different.”

That meant he had to hit the ground running. Despite some progress prior to his arrival, there was still a waterfall approach to project management, a dearth of agile culture and a legacy pathway to talent requirements and acquisition. Chaillan accelerated DevSecOps to introduce a continuous engineering model where software would be delivered multiple times a day, rather than once every three to five years, in order to address issues in real time.

USAF is starting to embrace its newfound technological focus and the possibilities it affords. Key to this, Chaillan thinks, is the realization that hardware and software should be decoupled to allow for rapid delivery of prototypes. Effectively, this means taking a modular approach where, for example, aircraft sensors can be swapped out to upgrade hardware without building a new jet.

Chaillan compares it to Lego, the modular building block toy. “The next generation jet fighters will be a mix of different ‘Lego’ blocks and reusing existing ‘Lego’ blocks so we don’t have to create everything from scratch. It’s still very early on, but this approach to software might be the difference between winning and losing. And you are going to save time and money, or you do more right with the same amount of money, which is likely even better.” It will also allow vulnerabilities in the security of particular components to be isolated and fixed, in line with Chaillan’s zero trust policy. “Security is really foundational to the success of all of this because if you move fast but the next day your source code is in the hands of the wrong people you didn’t really move fast at all. You just give free IP to your potential competitor or enemy.”

As anyone who has mugged up on the history of Lego knows, the toy owes its original success to a design system that allowed all the bricks to interlock with each other. It’s an approach that has served software developers well, according to Colt Whittall, the US Air Force’s Chief Experience Officer (another new role for the organization). “Design systems are the reason that when you’re interacting with Google or Microsoft or Shopify or Amazon, it all kind of looks the same even though you might be interacting with multiple different systems and sites on the back end. They’re applying a design system which has all the branding and style artefacts and standards and how those things interact and how things move etc. All of that is combined in the design system.”

Whittall’s approach isn’t new, but its arrival in the big thinking of the US Air Force is. It allows partners and in-house to build software that fits together. Like Lego.

The many threads of change weaving through the US Air Force are combining into a single tapestry. And it's the consolidation of agile working ideas shipped in from the commercial sector and built to common standards that allows for a future where innovation speed is maximised without compromising security, and new ideas flourish in an environment designed to propagate them.

One of the most important elements of this transformation is listening to the end user – the airmen and women, the ground personnel – whose safety and efficacy is so closely linked to the technology on which they increasingly depend.

“In four of five years, I’d like to see at least the 100 – maybe 500 – most widely used applications in the Air Force have consistent user feedback,” says Whittall. “That would be a game changer. It would allow us to manage the entire portfolio with another set of data that would rank the 500 most widely used systems by user satisfaction.”

The US Air Force’s radical transformation is taking shape, but it still needs scale. Innovation and adoption mean nothing until they permeate the fabric of the organisation. For Chaillan, that means breaking down silos and reusing code across multiple agencies.

“It’s already hard enough to compete against other nation states,” he says, “We can’t fight among ourselves. I’m not going to lie, when I joined I was a little surprised by how much tension there is between the DoD services. It’s just not healthy. I’m pretty sure we’re not the enemy here.

“So we have to break that and reuse code and adopt more open-source applications and really have that baked-in security and continuous delivery of software multiple times a day. Right now the thought we can release software 21 times a day is pretty cool – for the government. But at Google or Netflix or Tesla or whatever, that’s not good enough. We need to go to even higher numbers. If you look at the teams moving to DevSecOps right now it’s maybe five or 10 percent of what they do. We need to move the needle to 80 or 90 percent.”

A long way to go

In Knausenberger’s view, the journey is also far from complete. “We’ve made a lot of progress over the past few years with the way we acquire technology, the way we do our contracting and the way we partner,” she says. “And I’ll just be very upfront and say that we still have a long way to go.”

She admits that part of the problem is to rationalise the legacy issues surrounding different types of technological application. The US military has been one of the greatest innovators of the past century, with a paradoxical inability to manage administrative technology effectively. “I used to joke that we could hit the backend of a fly from halfway around the planet,” she muses, “but, like – whoo! – you want to deploy some business email?

“It’s mostly a joke when I say that, but we do incredible things with ease and we make really easy things – things that everybody else does very well – hard.”

Hard is the operative word. Focus is split between the day-to-day operational side of USAF, advocating for a change of culture and championing an innovative spirit. It’s a painstaking process requiring diplomacy, skill, knowledge and determination. And data. Lots and lots of data. The job of maneuvering the world’s largest company to face a new era of warfare is under way and in capable hands. 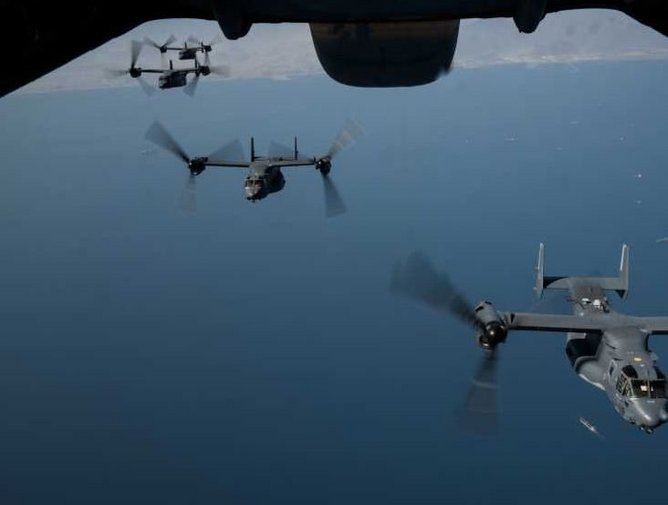 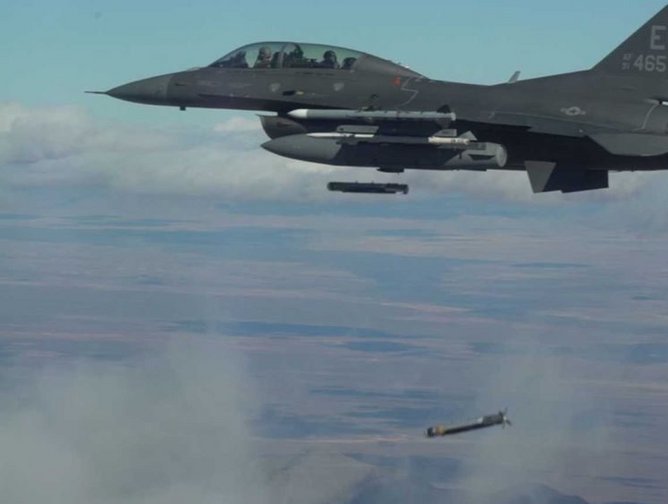