View Full Report
Victoria Police are working with partners to replace legacy systems and improve agility for officers in the field. Stephen Fontana, the organisation’s...

Victoria Police was established to serve the Victorian community, and any developments to the organisation will always be centred around that purpose. “The key functions we perform are preserving the peace, protecting life and property, preventing the commission of offences, detecting and apprehending offenders and helping those in need of assistance. We employ over 20,000 staff and provide 24/7 services to the community,” says Stephen Fontana, Assistant Commissioner and Chief Information Officer (CIO) at Victoria Police.

Fontana has worked for Victoria Police for the past 44 years. Despite his primary background being centred around operational policing, just over 12 months ago Fontana took the role of CIO in order to oversee the organisation’s modernisation strategy. “As CIO, I’m in charge of the information systems and security command. Even though I don’t have a technical background, the Chief Commissioner asked me to take on the role to manage the continued modernisation of Victoria Police. I’ve learned a lot as I'm going along, but I’ve got a really good team to support me and advise me as we move forward,” notes Fontana.

The organisation is currently undergoing a large-scale modernisation programme that will see updates made to many legacy systems and innovations added to the force to improve efficiencies. “When I joined Victoria Police, we had typewriters with carbon paper – we didn’t have a mainframe computer at that time. It has since changed a lot, and we have even seen significant transformation since I’ve taken my latest role. Over this period, we have brought together three separate work areas and merged them into one large command – we put all units working in information technology and communications under one umbrella,” explains Fontana. “We're still transitioning as we continue to roll out services to Victoria Police. We’re currently operating on a plan, build, run, governance structure, but are continuing evolve to a model that is much more focussed on improved service delivery across the organisation.”

As Victoria Police undergoes its digital transformation journey, the team looks towards the Blue Paper (A Vision for Victoria Police in 2025) – a strategy established by the former Chief Commissioner. The plan outlines initiatives until 2025, creating a modern vision for the force. “As a result of that paper and a subsequent report, a capability plan was put together to map out how we could achieve our vision. The government has invested quite significantly in Victoria Police over the past few years to enable this goal,” reveals Fontana. According to the CIO, more than 3,000 new members of staff will be hired over the next three years, including police and protective services officers and other specialists. The money invested into the force is also being spent on new equipment, vehicles and technology. “Hence, that’s why we brought all these different units together under one command, so we could better coordinate and manage these projects,” he notes.

As part of the programme, Victoria Police selected PwC as a strategic partner to enable change across the organisation. “PwC has been working with us for a number of years now on this massive reform project. They’re providing a whole range of skillsets in terms of change management, programme management, project management and technical expertise. As we continue to develop systems, where we might lack the capabilities, they can bring resources in very quickly. They’re also helping us build our own internal capability so that once we finalise this programme of work, we’ll have a capability to continue on,” Fontana says.

With more than 350 applications and numerous legacy systems, becoming more agile and mobile has been a large task – police officers in the field were having to come back to stations to correspond and complete paper work. More than $500mn has been invested over a four-year period to free up officers’ time. These initiatives fall under what the force calls its Blue Connect programme. “It’s really about enhancing the ability of officers to stay in the field, increasing visibility, and having access to real-time information for improved decision making,” Fontana says. The investment has been channelled to fund over 9,000 mobile devices to be used across the state, such as Apple iPhones and iPads, with all the devices having been installed with applications to aid the workers in the field, such as identity checks connected to the national systems and computer-aided dispatch. “With the iPads members can receive call-taking and dispatches in the field. It’s the first time we’ve ever had mapping capability, where members can see where units are located state wide in the maps. It’s fantastic for our members there,” he continues.

The force has also invested in body-worn cameras as part of its technology focused initiative. Victoria Police has rolled out 4,000 body cameras across the state, with the target of reaching 6,000 by the end of the financial year and 10,800 by the end of the calendar year. “In order to introduce the cameras – and even with the mobile technology through our life cycle management program – we’re working with BlueConnect to upgrade the infrastructure at our stations, making them suitable for Wi-Fi connectivity,” Fontana remarks.

Motorola is a key partner for Victoria Police, providing mobile technology solutions for the force. In collaboration with Gridstone, Motorola has enabled the organisation to enhance its fleet’s mobility by working in conjunction with project teams to integrate connectivity. The company has supported Victoria Police’s radio network across the state, metropolitan and rural areas. Fontana highlights the upgrades to the rural radio communications, which have recently been encrypted and digitised.

Victoria Police’s recent introduction of the Police Assistance Line and Online Reporting provides two additional channels for the community to contact police to report non-urgent crimes and events. Through the work of Serco Citizen Services, operating on a Salesforce platform, the company has established a call centre and introduced online reporting to the state. The firm has hired over 200 staff, who work alongside 32 police officers at the contact centre. With this new initiative, citizens of Victoria are able to contact the police without using the urgent and non-urgent numbers. The project is currently in the stage of a soft launch, with the contact centre commencing its operations in February and progressively rolling-out for State-wide coverage by July 2019.

“Other programs we’re introducing with this uplift include the intelligence management solution which SAS has enabled,” Fontana reveals. “SAS has developed a massive search engine for us. It has opened up the floodgates in terms of access to information for intelligence practitioners and investigators. We’re continuing with the development of that and looking to eventually replace our investigation management system. SAS has been a key partner with us in that particular process.” At this stage, Victoria Police has around 10 different databases that have been connected to the search engine, along with its intelligence database and Law Enforcement Assistance Programme (LEAP). The organisation aims to have another 14 separate databases linked by the end of this financial year.

In addition, Kinetic IT works with Victoria Police as a managed service provider. “They've been a key partner in all our modernisation project programs with life cycle management, along with BlueConnect,” says Fontana. The organisation’s life cycle management programme has dual goals, including maintaining the Police’s fit-for-purpose capability of its system, such as managing ongoing obsolescence. The other purpose is ensuring that the uplift of capabilities required by our strategic program are being addressed. “We signed the contract with Kinetic many years ago, prior to our investment from the government, so they’ve been on the journey with us all the way – from what was really just an organisation that just did the basics to keep the system running, to a massive development program. Our environment has really changed since they’ve come on board. They're continuing to work and evolve with us,” he adds.

As the force continues on its digital transformation journey to achieve more agile operations, it is important to acknowledge how far it has come. “We wouldn't have been able to get where we are at the moment without our partners. We’ve built a really good capability, but they’ve really helped us in terms of developing that skill set and technical knowledge. It’s always a challenge when you’re going through such a massive reform programme, but we’ve been really fortunate. We are delivering major pieces of work, and we’re delivering them on time and within budget, which is fantastic. We wouldn’t have been able to do it without that support,” says Fontana. 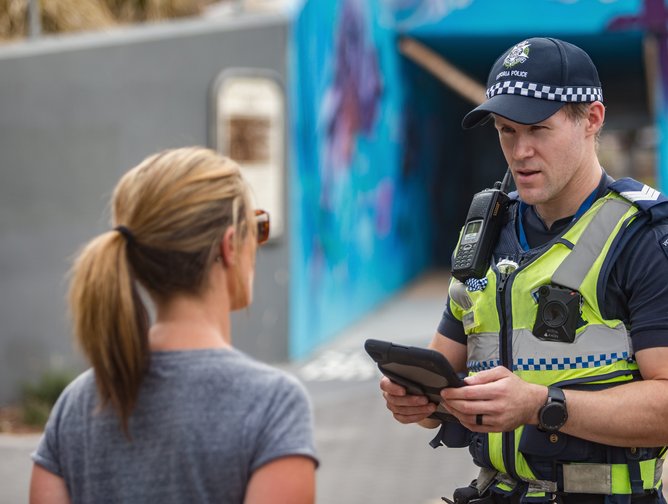 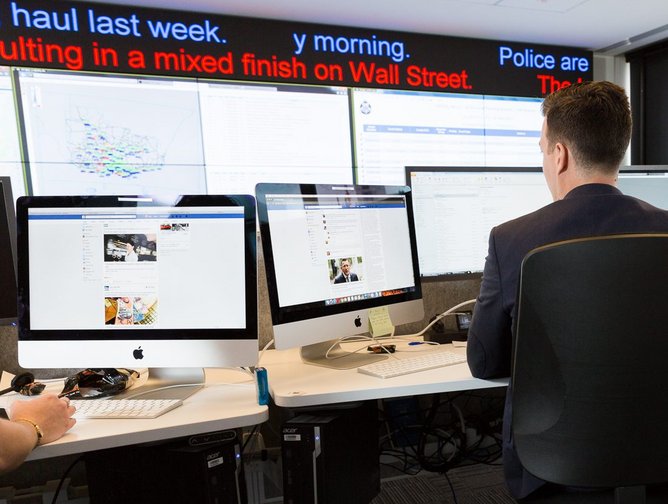 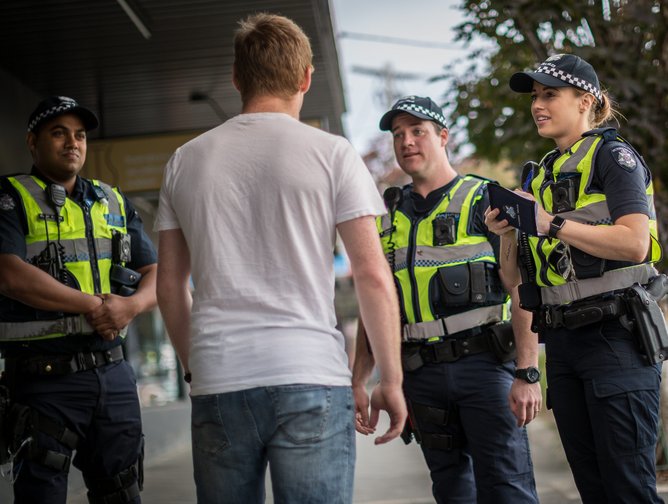 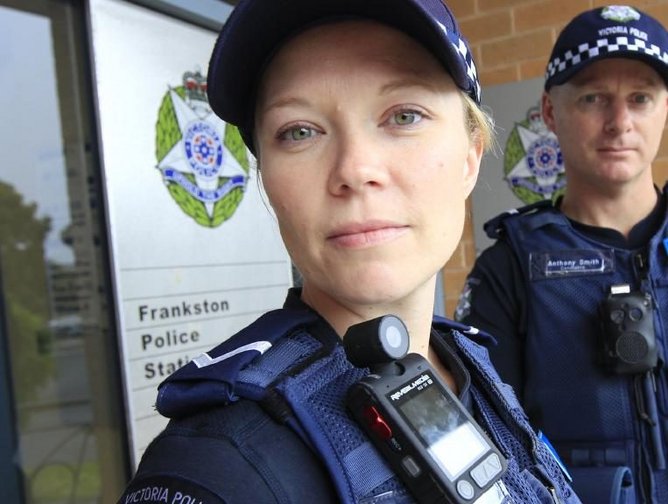