IT consultant Tendayi Chirokote was working for African telco Telecel Zimbabwe when Zimbabwean insurer Zimnat tasked him with spearheading a digital transformation at the company. “I was working with Telecel Zimbabwe for about four years and before that Econet Wireless for about seven to eight years,” he explains. “Yeah, it was quite exciting coming up with a lot of mobile solutions: mobile money, money farming and mobile tracking, plus a lot of work integrating the Econet business into one ERP solution.”

Insurance had become a dirty word across the African continent since the economic collapse of 2008 had seen so many companies go to the wall. Needing to remodel the public’s perception of insurance, particularly when times were tough, led Zimnat to pursuing better communications both externally and internally.

“Zimnat were in need of a digital transformation drive,” Chirokote explains. “They wanted to go into an omnichannel environment, driven digitally and I had experience of integration work, and a lot of experience from a digital product perspective.”

In September 2017, Zimnat tasked Chirokote with looking at the current technological infrastructure, focussing on its hardware and connectivity ahead of transforming the business over the following three to five years. “I took a good look at the IT space and recommended a strategy of how to structure and take the business from bricks and mortar to a fully digital environment.

“The first area we looked at was the legacy technology, which was not at the level where the business needed to be. We put in place plans to modernise the technology and came up with a strategy of how to continually modernise it over a period of three to five years.”

The second stage of Chirokote’s work at Zimnat was to change the internal culture. “How do we transform the culture of the business so that people start moving from a bricks-and-mortar type environment, to staff who were able to operate in a digital environment? So, we looked at the people and said to ourselves: ‘How do we train? How do we start engaging the team?’ We did this before we started looking at our customers. We needed to start introducing technology internally to digitise the work environment itself, because it's difficult for you to expect somebody who operates in a traditional work environment to deliver a digital experience to a customer.”

Chirokote and his team started looking at ways of introducing digital to Zimnat’s communications internally to move from the manual analogue to more digital systems such as email communication, intranet-based messaging. The CEO, Mustafa Sachak, started a blog to maximise exposure to digital communication. Changing communications internally was really important and a number of features were introduced that fully utilised the expertise of the workforce. “Every Friday, we would all share global trends in terms of the insurance sector or learning. Our HR department introduced a digital platform where people could share a growing knowledge base through our courses. Now, instead of using physical manuals they could actually download information as part of a digital learning platform. This has been so valuable for our day-to-day operations in the business especially when you start to alter the culture of a company.”

With any change comes glitches and risk and there was some limited resistance to the internal changes to workplace culture and protocol. “Staff started to raise the question: ‘Will I lose my job to the machine?’” Chirokote explains. “So, the challenge was to try and give them confidence. ‘We want you to move away from processing and number crunching, as we actually need you to analyse our growing data and for making decisions on how we can improve the business.’”

To reach more mass markets Chirokote’s team analysed how Zimnat handled its distribution chain as there were obvious limits to a purely bricks-and-mortar approach when you’re aiming to reach mass market business. “We wanted to see if the products needed to change shape. Would they continue to be the same products while in a mass market environment?

“Instead of the staff sitting back and waiting for the rollout of this big monster we identified some small ways in which people could actually see some of these digital processes in place. One of the projects we introduced was analytical. We pulled data from all the different systems, created dashboards around it and put some geographical context to the data. This encouraged people to spend more time analysing the paying behaviour, trends and distribution of customers. This relaxed the working environment, as staff were now looking at what the data actually meant.”

Obviously with increased harvesting and analysis of data comes issues of cybersecurity. Chirokote introduced a number of preventative measures. “The first thing we did was to call in PricewaterhouseCoopers, who did a security audit of our processes, systems, firewalls; the complete architecture. This took two to three months during which they assessed the entire landscape. This outsider’s view of security was essential as it highlighted the level we needed to be operating at in terms of security.

“PwC gave us some level of comfort that we could actually start delving into the data issues once we had attended to the high-risk areas. We updated all the software updating systems to current versions because that was a big vulnerability that we had. Then we updated our policies which related to a bricks-and-mortar environment. We looked at the interchange of data and put in some standards around the password policies and internet usage to secure a community where people were starting to exchange and move data. The email platform was also upgraded from an open-source model to Gmail, so we were essentially outsourcing to an organisation that already had security structures in place.”

The implementation of any new measures can often cause temporary shifts in process times. Chirokote and his team witnessed a slight drop in efficiency. “The tightening of the environment was now creating slowness in terms of productivity. They felt it was inhibiting the way they worked. We strengthened the password system for example and because people tended to forget their passwords, there was a lot of sharing, which was now prohibited.

“With regards to workflow, there had to be checks and balances in place and you couldn’t start and complete a process all by yourself. So, all of a sudden you had to wait for another person to approve your work and the team generally felt that this whole security business was making things slower. But the idea was to compensate for this by introducing efficiencies.

“The digital transformation is currently nine months old and so the effect on the bottom line has not been observed just yet, although Zimnat’s reach has improved greatly. The digital marketing side has really come up very well, where we are probably reaching out to between 3-400,000 people in the last three months. In terms of leads, 10% of those are leads we can actually chase. Our agents have said that whatever leads come through Facebook are experiencing a 90% closing rate. It's different from when you just knocked on a door. They now know that 90% of the leads generated from the digital channel are likely to close, which is a massive positive for the business.

“My role at the moment is preparing the technical space to be ready for the full speed digital, which probably won't be for another 12 months.”

Traditionally, Africa has experienced major problems with connectivity and geography proved a problem for Zimnat. “Connectivity has always been a problem here,” Chirokote says. “The cost of data, for which I can actually put to a physical product, is very expensive. You have to ask yourself how you can keep costs down for your customers.

“But if you keep that cost down, it reduces the business. So, we needed to come up with an optimum solution which wasn’t too expensive. The other challenge was that we wanted to reach out to customers who didn’t live in the big cities, in areas that are virtually impossible to reach in a bricks-and-mortar approach. We looked at other channels such as the mobile business and made sure that the digital side was fully employed into the insurance space.”

The millennials are the emerging target for many insurers but for many, as well as those older customers, there is a palpable distrust of insurers after the global economic collapse in 2008 which saw some companies defaulting on their responsibilities.

“I think the challenge for insurance companies is to create a trust between them and the clients,” Chirokote continues. “Making an insurance sale is very difficult when there is no trust. Because of the uncertainty politically in the country, people would rather hold back and see if things change before committing and so that has presented a challenge where our penetration rate in insurance is down to less than 5%.

“But we're sticking to that challenge and coming up with products which speak to the wallet of all the potential customers. Millennials have a different way of thinking, even as far as insurance is concerned, so from an insurance business perspective, the insurance space has to be ready, not to sell insurance necessarily, but to sell a product that's relevant to a young person, while using insurance as protector of that purchase. Millennials don’t feel that they are ever going to die! I think they are more risk-savvy however and take a lot of chances. I can see a situation where insurance would make sense if you combined it to a saving or investment scheme, or to a product that helps someone acquire an asset.

“So, insurance has to be more relevant to the lives of these people rather than waiting for the risk of death, or a company accident or whatever. I think that's the direction our products need to take going into the future.” 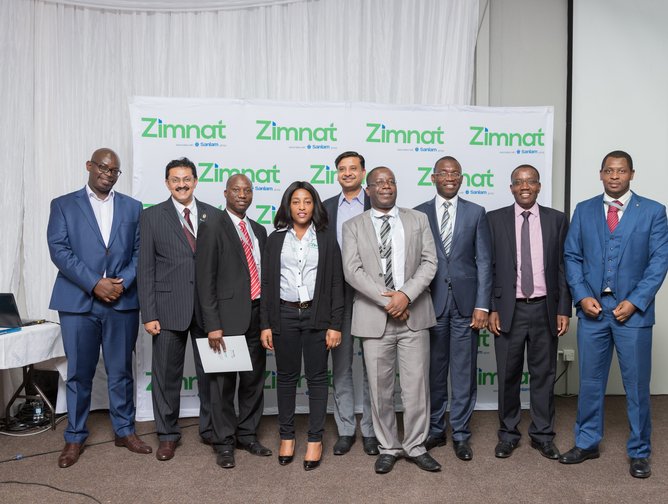 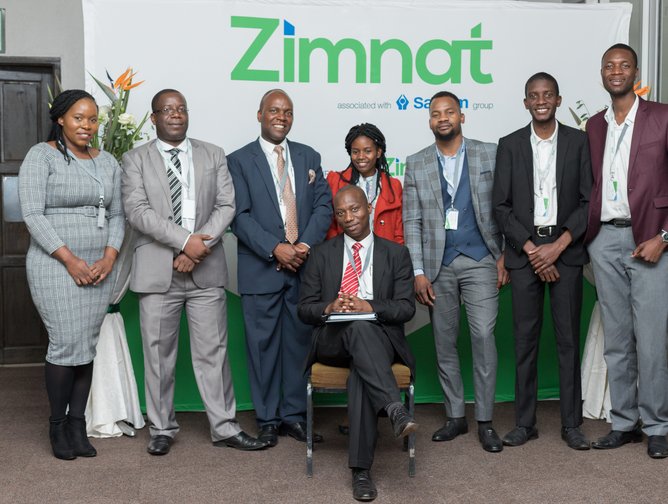 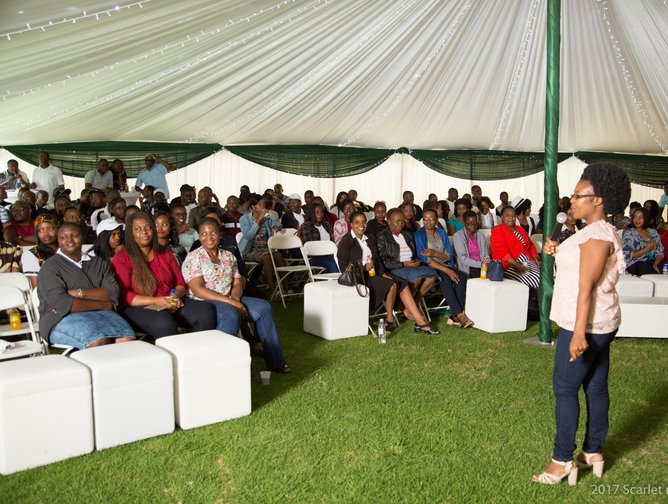