When COVID-19 came knocking, industry-leaders all over the world found themselves both shocked and, in many cases, slightly puzzled. Never before in their lifetimes had a naturally-occurring event like this cropped up, so the question, “What do we do?” was prevalent across every sector ─ especially across the global supply chain network that allows modern society to thrive in the way that they do.

The same was true for HCL Technologies, a leading IT services company that assists global enterprises in the reimagination and digital transformation of their business operations and infrastructure. The multinational company uses and sells technological products and services that have been built on four decades of innovation ─ an innovation that thrives under the watchful eye of a world-renowned management philosophy, a brazen culture of invention and risk-taking, and a relentless focus on customer-centricity.

The company’s prolific, first Chief Procurement Officer (CPO), Eric Cohan, the man in control of HCL’s end-to-end supply chain, took the time to discuss the impacts of COVID-19 on HCL Technologies’ year, and his own personal experience of the ‘new norm’. Stating that his team supports both its customers and HCL employees directly, Eric shared that “[HCL] had several major themes of issues to deal with related to COVID. One was enabling our employees, which was [indirectly an effort to] extend our support to customers”. And, just like many organisations around the world, that led to another question entirely: “How do we get our employees the technology they need at home. That was the big challenge. A lot of our 100k Indian based employees don’t have their own technology assigned to them.”

HCL runs a 24-7 or 24-5 operation, depending on the job role, and employees “share a desk and [equipment], and they all come in on shifts. We had to figure out how to get those machines to the employees’ homes,” Eric added. Getting those machines from the office to employees’ homes “only solves one-third of the problem. We had two-thirds of the [workforce] that didn’t have any technology because we had to choose one person to get the desktop. So, we had to go and procure a lot of laptops ─ us and everybody else in the world. Our customers also needed the appropriate technology for their employees, which we had to procure on their behalf.”

The rapid adoption of new norms, which many companies collapsed whilst trying to manage, was tough for the greater majority. For HCL though, while there was an obvious strain, their supply chain was already relatively resilient to the effects of the pandemic. The company successfully procured nearly a hundred thousand laptops and relevant equipment for their own staff as well as their customers’. “Fortunately, we have a multi-vendor, multi-channel, multi-solution approach to solving a lot of these problems,” Eric told me. “We don’t rely on just one hardware vendor, [nor do we] rely on one distributor or on one value-added reseller. [HCL] has lots of partners globally ─ be it Dell, HP, Lenovo as OEMs or Insight and Egiss as reseller partners, for example.”

We honed in on that particular element; the businesses that have struggled the most in 2020 tend to be those that feature very rigid, robust supply chains of yesteryear ─ the ones that haven’t yet evolved through the blessings of digital transformation. HCL had, even prior to COVID-19, a diverse portfolio of suppliers and partners, which allowed them to quickly respond to supply and demand issues. It’s something that, in many cases, business leaders lament, classing a multi-system as overcomplicated and they instead choose to streamline the supply chain by finding an all-in-one solution. In hindsight, HCL, through its sophisticated systems, wasn’t overdependent on an individual provider to fuel their business economy. “All we really needed to do is flex those muscles and leverage all those connections that we’ve already established, in order to put [the correct adjustments] in place.”

Not to say that HCL Technologies has found the pandemic ‘easy’, but it certainly seems to be the case that the company has acted as a trailblazer and shown organisations across the globe exactly how they can transform into agile, resilient stalwarts. Maybe they’ll release a guidebook one day.

On the question of digital transformation being accelerated by a decade during 2020, Eric wasn’t so sure. “The suggestion that we’ve accelerated by that vast amount of time implies that the COVID-19 made us invent futuristic technologies ─ in reality, though, we haven’t.” Organisations were forced to adapt their technological arsenal and adopt new norms and values but “most of the capabilities that our customers are asking us to develop and accelerate are not necessarily, new and innovative; it’s more about how we can apply existing technologies to remote-access purposes. I would say that not a lot of innovation has accelerated. It was more about accelerating investments in existing technologies.”

Investments can go either way and, in Eric’s case, when HCL released its FY21 second-quarter figures on the 16th October, it was revealed that their prudent financial decisions and the nimble mentality he’s instilled in teams across the globe which allowed them to rapidly respond to the pandemic, were ultimately beneficial for the company. Not just for the ‘boots on the ground’. HCL announced a net income of US$424mn, up 12.7 per cent year-on-year ─ exponential growth in a time period of uncertainty. Naturally, from an outsider's perspective, you’d assume that this ─ alongside the fact that HCL Technologies has been the fastest-growing large technology company globally for four years in a row ─ would have something to do with the technologies that it has access to.

Speaking of the “technological arsenal”, Eric notioned that it’s neither cloud adoption, digital transformation or next-gen technology that is truly revolutionising the system currently. In response to the suggestion, the CPO stated that “It’s none of those. It’s actually HCL’s business architecture. Our architecture has multiple lines of business ─ IoT, artificial intelligence (AI), cloud-based services, included.” But Eric was quick to clarify that it isn’t the technology itself that is transforming the company ─ it’s the people in charge of the tech. At HCL Technologies, there is an ethos that “every individual is the CEO of their position”. In a workplace that implements that very modern and unique mindset, there’s a degree of freedom within the ranks which allows staff to flex their skills in whichever way they see fit, to ensure that they do whatever they think is best ─ which is often the very best for the company too. Sometimes things go wrong; most of the time they go right. You have to have a certain amount of flexibility to find out.

Sinking cash into a diverse and dynamic business architecture and the subsequent infrastructure is incredibly important in companies of the future, especially in an era where employees are heavily focused on development, freedom, and opportunity. “Our business architecture... We have multiple lines of business. So we have all those technologies you mentioned, and we have big bets that we've made in those, both organic and inorganic. We're involved in every industry. If you look at our industry split, it's not like we're 80% one industry. Our largest one is less than 25%,” Eric added.

With all of this in mind, it’s clear that while some industry-leaders are focused on implementing certain technological elements into their business operations, spreading your investments across several technologies, as well as your human assets is potentially a wiser move. Create a wider web and infiltrate all of the markets, in other words.

Looking to the future, Eric doesn’t think that we’ll see HCL Technologies changing its strategies up too much. Fortunately, as we now know, the company had already prepared a diverse supply chain years before COVID-19 hit, and they were able to put up a very strong, resilient defence against the effects of the pandemic and subsequent lockdowns. “I don’t think there’s going to be anything massively changing strategically across the next 24-months. However, we will see an increase in our local hiring at both the experienced and entry-level ranks; as such, you’ll see an increase in brand awareness on campuses and other hiring channels.

“In India, HCL is a huge brand. People know it just as well as Coca-Cola or Apple. We’re at that level over there ─ a household name. In the Western nations - where most of our revenues come from - our customers and prospects know us, but we aren’t as well known. We are currently the digital technology partner for both Manchester United and Cricket Australia and have been a highly visible participant at the World Economic Forum, amongst other things. So we get seen, and we’d like to find ways to increase that visibility. That’s the future for us.” 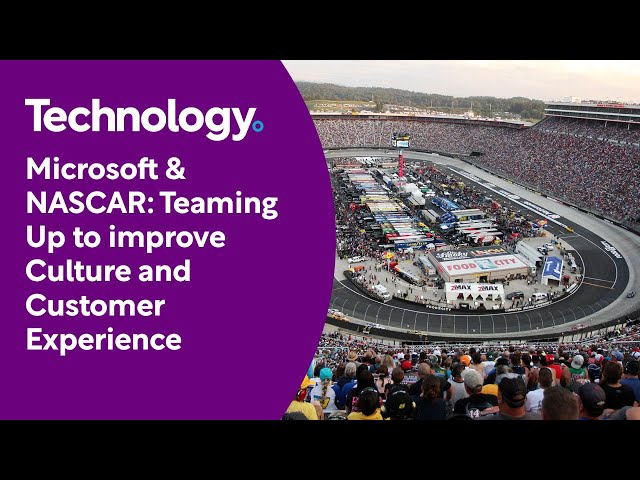 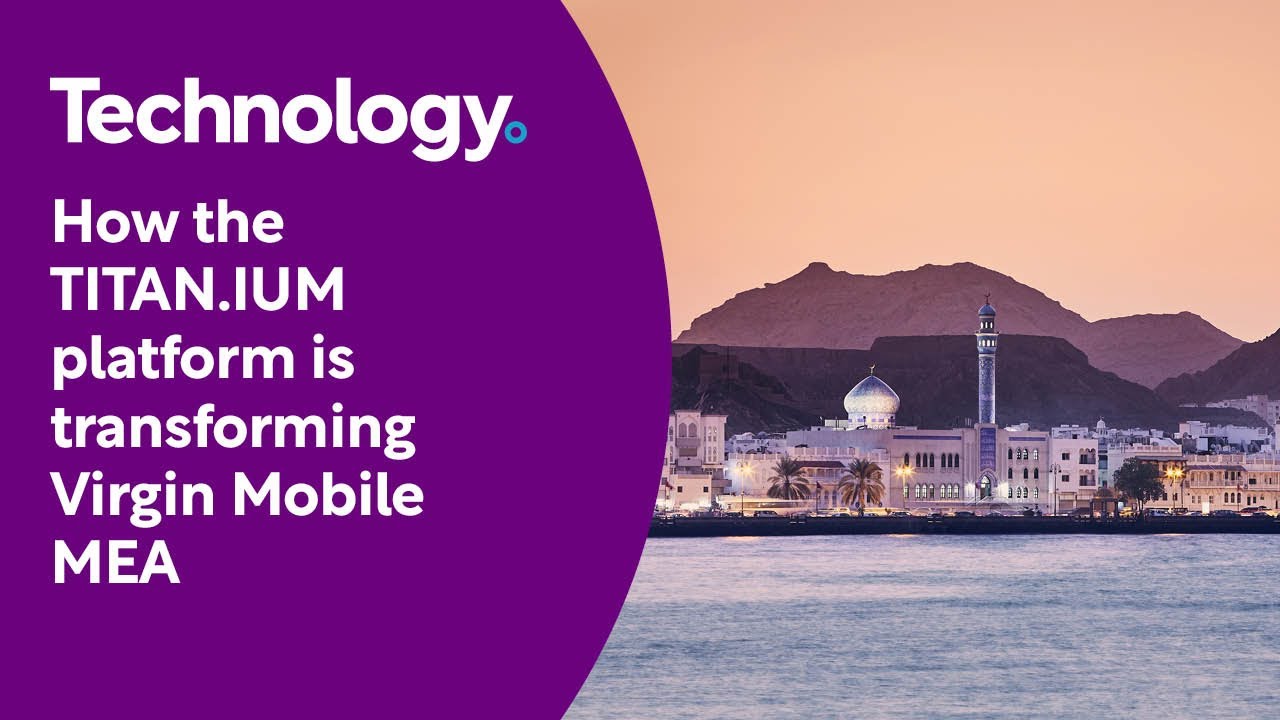 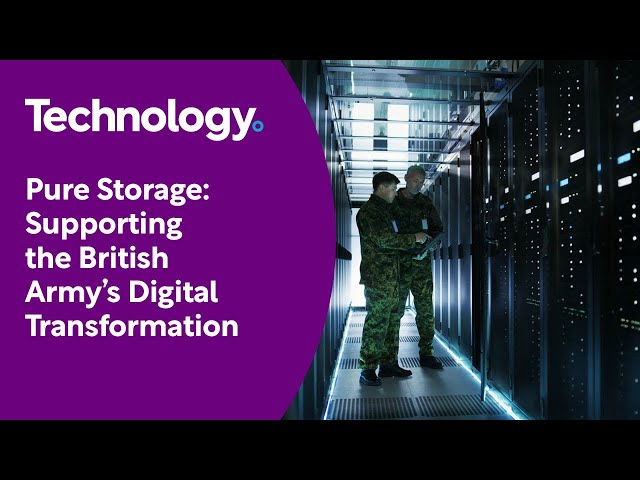