Is the 2019 Rugby World Cup the highest-tech yet? 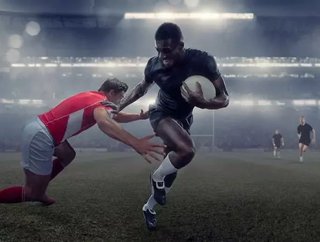 The 2019 Rugby World Cup kicks off today with a match between Russia and hosts Japan at Tokyo’s Ajinomoto Stadium. Japan has a reputation to defend as...

The 2019 Rugby World Cup kicks off today with a match between Russia and hosts Japan at Tokyo’s Ajinomoto Stadium. Japan has a reputation to defend as a high-tech nation, and it is duly using the sequence of sporting occasions from the Rugby World Cup to the 2020 Olympic Games to flex its muscles. Already we’ve seen Toyota preview its fleet of autonomous and electric vehicles for the Olympics, but the innovations are not exclusive to the later occasion.

As the first Asian country to host a Rugby World Cup, and not traditionally a rugby powerhouse, Japan is doubly keen to make a success of the event. Part of it lies in spreading the word, and the tournament has highlighted its social credentials, promising it will be the “most interactive rugby tournament ever”. Partnering with Google, highlights will be broadcast on YouTube and the Google News app will feature a portal for the event. Podcasts and around-the-clock social coverage is also planned, with media having access to downloadable press conferences.

Technology will also play a pivotal role on the pitch. Japaneses sportswear company Asics is manufacturing the kit for South Africa’s Springboks. Asics’ new jersey underwent lab testing to conform to the request for minimal restriction from players. Features include individual patterns for players based on 3D fitting as well as stretch material for arm mobility and a grip print to improve ball catching. Away from the uniforms, Gilbert Rugby’s Sirius match ball is being created with a new manufacturing process allowing for more consistent and precisely placed “star shaped pimples” on every ball for improved grip and sustained aerodynamic performance.

On the sidelines, video replay technology provider Hawk-Eye will be offering its footage to statisticians in real time, while the Television Match Official, or video referee, will support on-pitch calls with replays. Video has itself been a big focus for teams as they prepare, with teams such as Scotland, Samoa and Fiji using drone technology to evaluate tactics.

As the tournament gets underway, doubtless these innovations will fade into the background as the action takes centre stage, but it’s worth keeping in mind the breadth of the technology amassed to ensure the event is a success.