Atlas City: How Distributed Ledger Technology can bring the value back to data 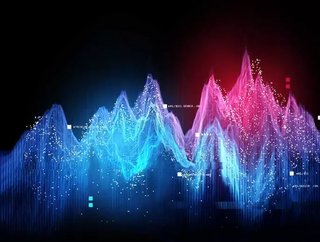 Data: the new oil Back in 2006, Mathematician Clive Humby (creator of the Tesco club card scheme) declared data “the new oil”. He elaborates, “I...

Back in 2006, Mathematician Clive Humby (creator of the Tesco club card scheme) declared data “the new oil”. He elaborates, “It's valuable, but if unrefined it cannot really be used… so must data be broken down, analysed for it to have value.”

Though cliched, the sentiment still holds true: data is now one of the world’s most valuable resources. The right data set can reveal how we spend our money, how we interact with the world around us, and what we do when we think we’re alone. It’s no wonder that businesses are competing to access this information.

This, of course, comes with challenges. When information is generated from a customer’s interaction with a business or service, there are questions about who owns this data. Likewise, malicious attempts to obtain information through hacking means the integrity of data must be protected in order to retain its value. This article will explore the challenges associated with data as an asset, and how distributed ledger technology (DLT) can protect the value of data.

The state of data

Our global obsession with IoT technology is creating a data boom. According to Cisco, 500 billion devices are expected to be connected to the internet by 2030. All of these devices will be able to collect data, interact with the environment, and communicate with other devices and third parties. As a result, it’s estimated that the world will produce ten times more data by 2025.

The usage potential for this data is vast. Take the utilities industry for example. Data is collected from numerous IoT devices that capture information such as temperature, humidity and the speed of water flow. This data is then used by utility companies to gain better understanding of their operations, such as how the network is performing. Having this type of information on hand gives companies the ability to use predictive maintenance, spotting floods and faults before they cause a problem.

The rise of devices such as the Amazon Alexa and Google Home is bringing IoT connectivity to a new frontier: our own homes. Previously, what we did in our own homes was considered private information. Now, third-parties like Google and Amazon can now access an astounding level of detail about our domestic lives, including how warm we heat our homes, and even how often we boil the kettle.

Of course, all this data has to go somewhere. Most data from the IoT network is stored in the cloud. This is a centralised model of data storage, which means all the information is controlled by a single entity. This comes with its own set of challenges, that we’ll explore later in this article.

Once all this data is collected, stored and used, there lies an unanswered question. Who actually owns the data? Was it the customer who gave the data by asking Alexa to order them a new book? Or is it Amazon, who by asking Alexa to perform the task, gives them the control to store that data? While data should be controlled by the individual, more often it becomes the property of the business or third-party who uses it.

Customers are becoming increasingly distrustful about what organisations are doing with their data. We’ve all searched for a product online, only for it to appear minutes later when we’re scrolling through our social media timelines. There’s also plenty of anecdotal evidence to suggest that our home IoT devices are listening in on us.

Despite this distrust, the vast majority of organisations use our data in legitimate ways. Advertising on Facebook is the trade off for being able to use it for free and is part of their usage policy. In fact, most third-parties use our data to provide us with better and more tailored customer experience. Most of the time, we don’t investigate how third-parties use our data. Additionally, brands are not transparent, and don’t make it easy for us to find out what they do with our information.

With more devices being used and more data being collected, companies are now creating what is known as a ‘digital twin’ of its users. This twin is a server that stores all of your data from what websites you visit most, clothing size and even personal data. But is the rise in data also causing a rise in risk?

While the IOT provides plenty of opportunities, this data boom is accompanied with a greater risk of cyber attacks. One type of attack that we predict will become more common is a DDoS attack, a Distributed-Denial-of-Service. This occurs when a malicious actor targets a server with the intent of over loading it and temporarily shutting it down. This is achieved by using botnets to flood the target server with more requests than it is able to handle. With the raise of poorly secured IoT devices, this type of attack vector allows hackers to commandeer a huge number of these unsecured devices for nefarious purposes. However, this can be overcome by assigning IoT devices with a digital identity and storing it on a distributed ledger - when the IoT device makes a request from a server, the server will be able to recognise that the device is intentionally being used maliciously.

When customer data is owned or held by third-parties, the risk of cyber threats increases. For starters, it’s almost impossible for most of us to keep track of which organisations have access to our data. Secondly, when your data exists in a cloud owned by a third-party, this is an additional location that can be hacked. Security breaches can take months — even years — to identify and repair, not to mention be extremely costly.

DLT: giving data back its value

Switching from the cloud to a DLT model of data storage can improve data security, give individuals control over their data, and ultimately safeguard data’s value. DLT is a decentralised model of data management. Data is fractionalised and processed across a network of locations and nodes. DLT by design also provides an immutable ‘ledger’ of data transactions: where it came from, who owns it, and who’s accessed it. For the first time we can prove the provenance of data, which is a vital property allowing for the transfer of information.

DLT can provide a cheaper data option for businesses. Companies operating on the cloud are forking out an enormous amount of money to ultimately run the infrastructure themselves. They are uploading all the data to their cloud provider where they can monitor the data going in and out. On a DLT, the data can only be accessed by the authorised individual or organisation who has the associated credentials to access the data. Over time, the cost of using a DLT will be much less than the cloud, as businesses no longer rely on monopolistic companies to determine their costs, the landscape for compute will be more competitive and open. We are already seeing cloud providers like AWS increase their costs.[1]

This greater level of control provided by DLT is helping to give value back to our data.

Joe Christopherson is the Chief Marketing Officer and Co-Founder of Atlas City - Atlas City, founded by an experienced team in 2017 has designed the Catalyst protocol that provides real-world solutions to the performance, cost and usability limitations that has kept businesses from adopting Distributed Ledger Technology so far. Catalyst has been engineered from the ground up to allow the pioneering of a new frontier of applications for businesses previously beyond the scope of public blockchains. Atlas City is currently partnering with numerous clients to implement Catalyst in private instances, and will announce a full public launch of the technology in the first half of 2019.