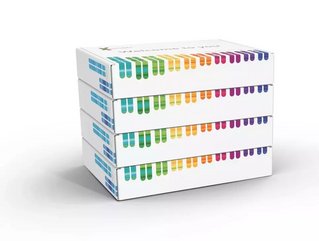 23andMe is just one of a raft of biotechnology solutions that have emerged to provide consumers access to genetic testing technology...

The merger with the special purpose acquisition company is expected to close during the second quarter of this year, valuing 23andMe at approximately $3.5bn.

The company said the transaction would allow it access to the capital necessary to fund its growth, with 23andMe CEO and cofounder Anne Wojcicki and Virgin Group’s Sir Richard Branson investing $25mn each.

“Of the hundreds of companies we reviewed for our SPAC, 23andMe stands head and shoulders above the rest,” said Branson. “As an early investor, I have seen 23andMe develop into a company with enormous growth potential. Driven by Anne’s vision to empower consumers, and with our support, I’m excited to see 23andMe make a positive difference to many more people’s lives.”

23andMe is just one of a raft of biotechnology solutions that have emerged to provide consumers access to genetic testing technology. Usually combining both ancestry and health information, 23andMe skews towards the latter side of the equation, providing reports about an individual’s predisposition to certain health conditions.

Ethical questions have been raised about the use of the data gleaned from individuals. 23andMe says that 80% of its customers choose to have their genotypic and phenotypic data entered into a database for genetic research, with the company having 30 programmes in areas including oncology and cardiovascular diseases.

“We have always believed that healthcare needs to be driven by the consumer, and we have a huge opportunity to help personalize the entire experience at scale, allowing individuals to be more proactive about their health and wellness. Through a genetics-based approach, we fundamentally believe we can transform the continuum of healthcare,” said Wojcicki.