Blockchain initiatives underway for 84% of businesses in PwC survey 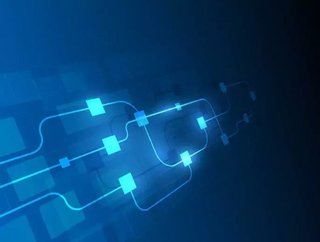 Four out of five respondents in a new PricewaterhouseCoopers (PwC) executive survey have said that blockchain initiatives are active within their organi...

Four out of five respondents in a new PricewaterhouseCoopers (PwC) executive survey have said that blockchain initiatives are active within their organisations.

The 'Blockchain is here. What’s your next move?' survey, which included data from 600 executives in 15 countries and territories, revealed the high number of blockchain developments, with 15% having already incorporated the ledger technology into a fully-operational part of their business.

Almost a third (32%) have projects in development and a fifth (20%) are in research mode, while regionally the United States (29%), China (18%), Australia (7%) are perceived as the most advanced currently in developing blockchain projects.

"What business executives tell us is that no-one wants to be left behind by blockchain, even if at this early stage of its development, concerns on trust and regulation remain," comments Steve Davies, Blockchain Leader, PwC.

"A well-designed blockchain doesn’t just cut out intermediaries, it reduces costs, increases speed, reach, transparency and traceability for many business processes. The business case can be compelling, if organisations understand what their end game is in using the technology, and match that to their design."

The survey reflects the early dominance of financial services developments in blockchain with 46% identifying it as the leading sector currently and 41% in near term (3-5 years). Sectors identified by respondents with emerging potential within 3-5 years include energy and utilities (14%), healthcare (14%) and industrial manufacturing (12%).

It also identifies four key areas of focus when building blockchain platforms: the importance of making a business case, building an ecosystem, designing deliberately around what business users can see and do and navigating regulatory uncertainty.