Brits to pay mobile roaming charges in EU once more 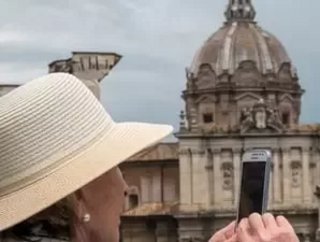 UK citizens haven’t had to pay mobile roaming charges in the EU since 2017, but that’s set to change from next year when some will have to start paying to use their phone within European Union countries once more. This is after top network operator, EE, announced today that it would bring back charges.

The BT-owned carrier is to introduce a new flat fee of £2 per day for customers using their data, minutes or texts while travelling to EU countries, with the exception of Ireland which is included in the company’s domestic plans.

An EE spokesperson said the charges would apply to new and upgrading customers signing up with EE from July 7th to support investment in its UK based customer service and network. There will also be a 30-day ‘Roam Abroad Pass’ for which customers can pay £10 to use their phone in the EU for longer periods.

Why are there roaming charges?

Roaming charges are additional fees for making calls, sending texts and using the internet while abroad and start to apply as soon as a phone connects to a foreign network. However since 2017, mobile users in Europe have been able to use regular calls, texts and internet allowances anywhere in the EU at no extra cost.

This was due to new rules which abolished roaming charges across the bloc as part of efforts to forge a ‘Digital Single Market’ across member states.

After Brexit there were fears roaming feed could be reintroduced because the UK would no longer be a member. The major carriers, including EE, Vodafone, O2 and Three said they didn’t plan to do this, despite the fact they could do so under the UK-EU trade agreement signed last December.

EE is the first mobile network operator to bring the charges back.

The move has unsurprisingly been met with criticism and roaming dubbed a ‘poisonous’ term by some industry analysts, saying that travelers had been hit by exorbitant prices for years. They added that EE should expect the move will not be received well by its customers and also that it has ‘handed marketing opportunities to its rivals on a plate’.

Meanwhile Vodafone, Three and O2 have said they have no plans to bring the charges back. However, Three is reducing its ‘fair use’ limit on how much data its customers can use while in an EU country. The carrier’s limit will go down to 12GB from 20GB from July 1. Those customers going over the limit will have to pay a surcharge based on how much extra data they use. Both Vodafone and O2 have both imposed limits of 25GB.