From edge to edgeless: Data processing is shifting gears 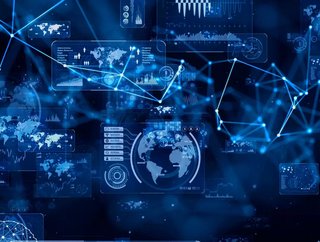 As connected devices continue to see exponential growth, so too will edgeless computing, and it is important that businesses prepare for this shift

Edge computing is on the rise, with worldwide interest increasing over 1600% since 2016. Gartner predicts that by 2025, 75% of enterprise-generated data will be created and processed outside the traditional cloud or centralised data centre. In 2018, this figure was 10%.

The shift from the cloud to the edge is due to a surge in connected devices, vehicles, buildings, and infrastructure, especially over the past year. A single health tech device monitoring a patient’s vital signs, for example, could quite easily transmit data across a network to a central data centre with few issues and reasonably low operational costs. However, when you have thousands of such devices all transferring data simultaneously, you are more likely to see high network and infrastructure costs as well as problems arising with network availability and latency. This volume is where edge computing comes in: data is stored, processed, queried, searched and analysed locally or regionally, and only sent to a central data centre when needed and available.

And yet, for all this innovation, edge computing is far from reaching its final form. The next decade will see a shift towards ‘edgeless’ computing, where the cloud and the edge become a continuous fabric of storage and processing across a data ecosystem, flowing back and forth, cementing the edge as an essential component of modern enterprises’ digital transformation strategies. ‘Edgeless’ means the edge essentially works with itself, with devices communicating with each other rather than through the central server alone. As a result, more businesses will have the physical capability of delivering 100 percent business uptime. From here on in, organisations must ensure they keep up with the changing data architecture – first from the cloud to the edge, and now from the edge to everywhere.

Life on the edge

This evolution will happen faster than people think. Our survey of digital architects found half are either already using edge computing or will be doing so within the next year. And it’s easy to see why: as it stands, edge computing continues to bring considerable benefits to enterprises of every kind. The aforementioned health tech example is a perfect illustration of this. BD employs medical devices that collect vast volumes of patient data locally in real-time and provide medical professionals with constant access.

Another critical benefit of edge computing – and something BD, in particular, makes use of – is offline-first capabilities. Every business will be aware that internet connectivity is not always guaranteed. Stable networks are either unreliable or simply non-existent in certain areas. When companies run an application on the edge, however – supported by a NoSQL database that can operate effectively on mobile devices – it can work anywhere, all of the time, whether online or offline. Collecting data on the device itself empowers users to make decisions even when there is no connection. The devices sync data back to the central server once sufficient bandwidth becomes available. This seamless, secure transmission of data, regardless of location or connectivity, is how edge computing continues to bring value for organisations.

A new road for edge computing

It is easy to see why you might think edge computing has reached its peak with countless benefits, at least in terms of capability. However, there is more in store for connected devices as modern computing moves from the edge to become ‘edgeless.’

Until now, there has been an edge and a centre. There is a periphery of a network where data is processed locally on the device, and the central server itself, where data is sent to handle the heavy lifting. This setup has suited many businesses and devices well so far, as we have seen, but what if we removed the need for the central data stores and instead let the devices process data entirely by themselves, including the more data-heavy work?

Take the example of an energy company using a smart meter installed in a customer’s home to take readings. The meter itself is teeming with data, but all it is doing at the moment is acting as a ‘store’ of intermediary results. The central server fully processes the data before sending the final results back to the device and then to the customer via their at-home display.

If the energy company used the smart meter’s computing power to process the data, then communicate the reading to the customer’s display, it would be far more efficient. The complex data handling would be done on the device itself, allowing for faster and more consistent processing without the need to transfer it across an entire network. And if this intricate work takes place without the central data store, it means there’s even less reliance on a strong internet connection to transmit data. This edgeless computing makes the entire network more resilient and less load-bearing.

By having devices communicate with each other, edgeless computing leaves central servers (cloud or otherwise) out of the equation entirely or involves them to act as a data archive. As a result, the edge loses relevance, but the single point of weakness is removed. Devices not only operate more securely but run around the clock. Rather than a central server, the network will instead have ‘mini’ databases where they need to be. And the more dispersed computing is, the more agile it becomes, with different devices added and connected seamlessly.

As connected devices continue to see exponential growth, so too will edgeless computing. The important thing for businesses is to prepare for this shift to make the most of the reality that processing will truly happen everywhere soon enough.