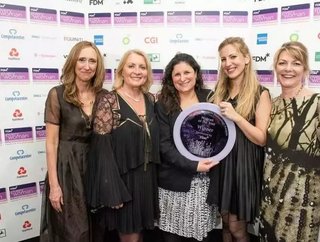 Women are truly shaking up the technology industry and perhaps nowhere can this be seen better than at this year's 2019 FDM everywoman in Technology Awa...

Women are truly shaking up the technology industry and perhaps nowhere can this be seen better than at this year's 2019 FDM everywoman in Technology Awards.

Taking place on the week of International’s Women’s Day, the awards shone a spotlight on 50 talented women making their market in the technology sphere in association with the Tech She Can Charter.

Women are historically marginalised in the technology industry. In fact, research by PwC has found that only 5% of leadership roles in the technology sector are held by women and just 3% of British female school students would consider a career in tech.

This is why platforms such as the FDM everywoman in Technology Awards are vital as they showcase female role models and encourage women to pursue their passions in the technology sector.

As well as category winners announced the night, the awards singled out Felicia Meyerowitz Singh, CEO and Founder of Akoni, as the overall ‘Women of the Year'.

Maxine Benson MBE, Co-Founder of everywoman, said that this year “showcased yet another selection of talented individuals from all around the world, across different sectors and from all walks of life.”

“Their phenomenal achievements within the technology industry make us proud to announce them as everywoman ambassadors,” she added.