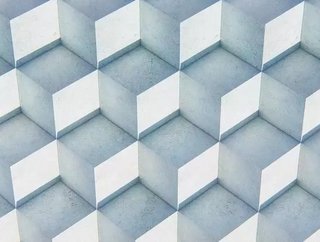 According to Gartner’s top 10 strategic technology predictions, 2020 will be a bumper year for everything from the Internet of Things (IoT) and edge c...

According to Gartner’s top 10 strategic technology predictions, 2020 will be a bumper year for everything from the Internet of Things (IoT) and edge computing to human augmentation and automation.

It will also see the beginnings of maturity for a technology that has been gaining momentum for almost three decades while being the focus of intense hype, skepticism and confusion over its potential applications.

In 1991, Stuart Haber and W Scott Stornetta proposed the idea of a series of append-only, cryptographically interlinked ‘blocks’ in their paper How to Timestamp a Digital Document. Although Haber and Stornetta’s work remained theoretical for another 17 years, this was the birth of blockchain.

“Blockchain is a type of distributed ledger, an expanding chronologically ordered list of cryptographically signed, irrevocable transactional records shared by all participants in a network,” describes the Gartner report.

In an eight page paper, released in October 2008, someone (or someones) operating under the pseudonym Satoshi Nakamoto released another paper. Bearing the title Bitcoin: A Peer-to-Peer Electronic Cash System, the paper detailed a blockchain-based, “purely peer-to-peer version of electronic cash”. The proposed purpose was to eliminate the need for funds transferred electronically to pass through a financial institution acting as a trusted third party. “The network timestamps transactions by hashing them into an ongoing chain of hash-based proof-of-work, forming a record that cannot be changed without redoing the proof-of-work,” wrote Nakamoto. “The longest chain not only serves as proof of the sequence of events witnessed, but proof that it came from the largest pool of CPU power. As long as a majority of CPU power is controlled by nodes that are not cooperating to attack the network, they'll generate the longest chain and outpace attackers.”

Nine years later, a single Bitcoin was worth $17,900 and - although that figure preceded a nearly 50% drop in market value - the cryptocurrency continues to hold its value at around $7,300 today.

The intense volatility sometimes displayed by Bitcoin - and many of the other cryptocurrencies that followed in its wake - has led to hype and skepticism in equal measure over its real worth. However, let’s go back a minute to Haber and Stornetta’s original paper.

Even at the dawn of the 1990s, Haber and Stornetta identified a future wherein “all text, audio, picture, and video documents are in digital form on easily modifiable media.” Just look at the latest AI-driven deep fake video that puts Brad Pitt into the starring role of Johnny in The Room. The possibilities are endless and - usually - awful. Although Haber and Stornetta were more concerned with document forgery than hurling celebrity late night interviews headfirst into the uncanny valley, effective encryption technology in a world of increasingly tech-powered forgeries has clear and significant applications.

“More than $4 trillion in goods are shipped globally each year. The 80% of those goods carried via ocean shipping creates a lot of paperwork. Required trade documentation to process and administer all the goods is approximately one-fifth of the actual physical transportation costs,” wrote Kasey Panetta in a Gartner article this September. “Last year, a logistics business and a large technology company developed a joint global trade digitalisation platform built using blockchain technology. It will enable them to establish a shared, immutable record of all transactions and provide all disparate partners access to that information at any time. Although the distributed, immutable, encrypted nature of blockchain solutions can help with such business issues, blockchain can achieve much more than that.”

According to Gartner, the 2020s will be the decade when - thirty years after first being theorised - blockchain technology finds its home outside of crypto mining sheds in rural China and small-scale proof-of-concept projects, and makes its way into the operational structure of multinational corporations. “Blockchain, which is already appearing in experimental and small-scope projects, will be fully scalable by 2023,” claims the report.

Blockchain has profound implications for increasing tracaability along supply chains, securing the authenticity of electronic documents and could even reshape the way that banks secure their reserves. HSBC even moved $20bn into a blockchain-based digital vault last week.

Our predictions for 2020: By the end of it, we'll have interviewed a Chief Blockchain Officer, and also some maverick country is going to use blockchain in its passport authentication process. Probably Lichtenstein. Those kooky cats.