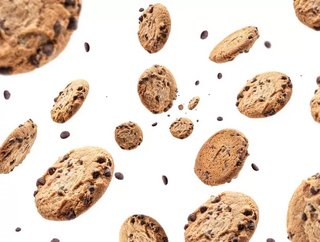 After announcing their withdrawal of support for third-party cookies in the Chrome browser, Google prepares to test their new alternative...

Tech companies are usually seen as the epitome of modern, swanky, versatile businesses today; they’re ahead of the curve and tend to trailblaze the human race to new heights on an almost daily basis, with fresh advancements and planned developments left, right, and centre. Google, the world’s contemporary hub of knowledge, stands out as a leader in the above category ─ always a leader.

Thankfully, the team at Google has paid attention to the growing concern of its users ─ and internet users as a whole ─ and intends to, once again, lead competitors and companies the world-over down a new, more privacy-protected path. Last year, the tech behemoth announced that it would be withdrawing support for third-party cookies on its cutting-edge Chrome browser by the end of 2022, and at the start of March, they made it explicit that this has been done, they will not design alternative means of tracking individuals while they browse the web.

That’s a big deal when you consider that most online consumer marketplaces rely on customer-generated cookies to supply targeted advertisements to fulfil users’ needs. Pair that with the fact that, even when faced with Apple’s exclusive Safari browser that is pre-installed on all iOS and macOS products, Google’s Chrome is the industry-leading browser.

Other browser providers have also been going to war with third-party cookie providers in recent times, but the fact of the matter is, Google no-longer has competition in the browser space; it’s their marketplace to control and shape as they so wish. And, in the company’s latest announcements, executives have essentially chosen to put a middle finger up to the third-party cookie cohort in an attempt to return a modicum of privacy to their ever-faithful customer base.

Check out this infographic from StatCounter to see the true scope of Google Chrome’s dominance over the alternatives: 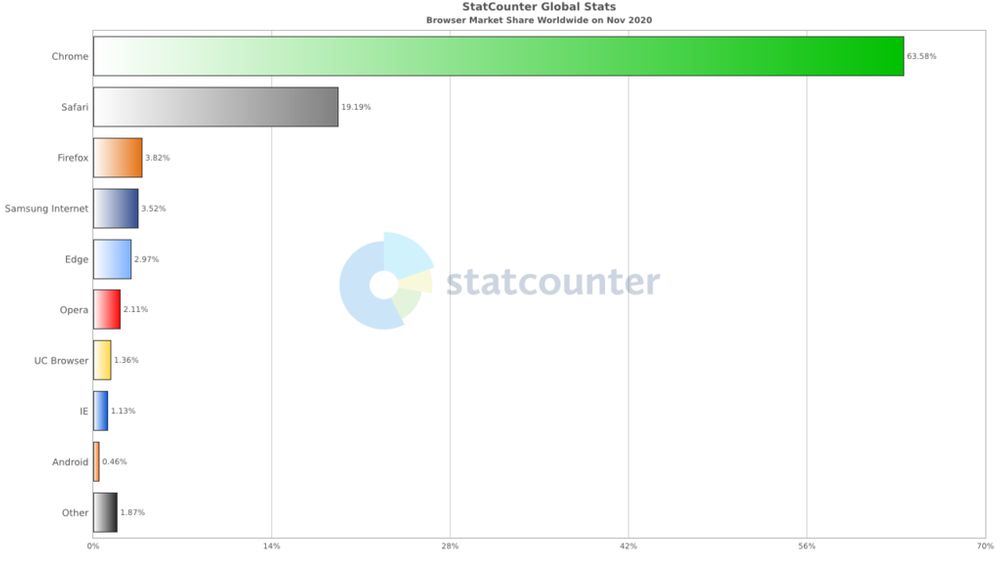 When Google cuts off its support for third-party cookies, so too will the rest of the Internet browser providers ─ they’ll be forced to, or else they’ll risk losing their already pitiful market shares to the leader-in-the-field. More importantly, due to its size and power, Google knows that it could very easily force some advertisers and businesses into a corner.

It won’t just be a war against cookies at that point; it’ll be like dropping the motherlode of nukes on companies that rely on data harvesting for profit.

Unlike the tasty treats on the bakery counter at your local supermarket, third-party ‘cookies’ are like the magpies of data.

The idea behind these cookies is that they are set by a website other than the one that you are currently on. So, as an example, if you have a Facebook ‘like’ button on your website and somebody clicks on it, it will store a cookie in that visitor’s computer ─ a cookie that Facebook can later access to identify individuals and see which other websites they visited. They’re primarily used for tracking and online-advertising purposes and facilitate a lot of the ecommerce norms that we see on a daily basis. It’s like a little spy that watches your every move to ensure that you always get to see what you want or even need to see.

In more recent times it has become apparent that increasingly sophisticated artificial intelligence allows advertisers to go further and listen to our everyday conversations ─ or at least parts of them ─ through phones as we go about our daily lives, in order to generate adverts when we next open up our browsers and social feeds - a practice that concerns many.

According to David Temkin, Director of Product Management, Ads Privacy and Trust, at Google: “As our industry has strived to deliver relevant ads to consumers across the web, it has created a proliferation of individual user data across thousands of companies, typically gathered through third-party cookies. This has led to an erosion of trust: In fact, 72% of people feel that almost all of what they do online is being tracked by advertisers, technology firms or other companies, and 81% say that the potential risks they face because of data collection outweigh the benefits, according to a study by Pew Research Center. If digital advertising doesn't evolve to address the growing concerns people have about their privacy and how their personal identity is being used, we risk the future of the free and open web.”

Creating the Free and Open Web

In Google’s initial announcement, ‘Building a more private web: A path towards making third party cookies obsolete’, back in January 2020, Justin Schuh, Director, Chrome Engineering, noted that “Users are demanding greater privacy - including transparency, choice and control over how their data is used - and it’s clear the web ecosystem needs to evolve to meet these increasing demands. Some browsers have reacted to these concerns by blocking third-party cookies, but we believe this has unintended consequences that can negatively impact both users and the web ecosystem. By undermining the business model of many ad-supported websites, blunt approaches to cookies encourage the use of opaque techniques such as fingerprinting (an invasive workaround to replace cookies), which can actually reduce user privacy and control. We believe that we as a community can, and must, do better.”

Fourteen months later, the industry-leading browser provider believes that it has created an alternative option that will protect both the web-driven economy and the privacy of individual users: the Federated Learning of Cohorts ─ FLoC for short. The company has announced that FLoC is now being rolled out for just a select number of Chrome users for testing and verification purposes.

How Does FLoC Work?

Google’s solution aims to protect users’ privacy whilst simultaneously giving both advertisers and publishers something to profit from is federated learning ─ one of Google’s favourite strategies in recent times, through the power of machine learning.

FLoC will use the data stored on users’ devices, in this particular case, Chrome browsers, to create groups of anonymous users. These groups will be called “cohorts” in the scheme, and they are at the very core of Google’s third-party cookie replacement.

The system will take each individual user’s browsing history and groups them up in a cohort of people with similar searches. Personal data will not be included in these groups, and sites will only be able to see the groups ID instead. The general idea behind it is that ads will be targeted towards groups of people with, you might assume, similar interests based on artificial intelligence’s analysis of their browsing habits.

According to Marshall Vale, Product Manager at Privacy Sandbox, “The initial testing of FLoC is taking place with a small percentage of users in Australia, Brazil, Canada, India, Indonesia, Japan, Mexico, New Zealand, Philippines and the U.S. We’ll expand to other regions as the trial expands globally. If you’ve chosen to block third-party cookies with the current version of Chrome, you won’t be included in these origin trials. In April, we’ll introduce a control in Chrome Settings that you can use to opt-out of inclusion in FLoC and other Privacy Sandbox proposals.”

So there you have it. Once again, Google has innovated a solution to a very, very big problem in the Internet community. It isn’t without controversy, of course, with some suggesting that Google’s ─ currently Chrome exclusive ─ FLoC is an attempt by the company to capitalise on vulnerable consumers and squeeze out industry competition.

But the fact that a company that generates the majority of its revenue through ads is willing to go to war with the most prevalent advertising method of the 21st century in an attempt to maintain a free and open web for everybody, is deserving of some credit.

For now, at least.