Google to invest $600mn each in Oklahoma and Texas data centres 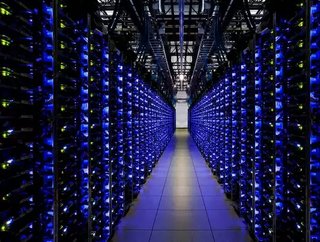 Google has revealed that it is will invest $600mn to expand its data centre in Pryor, Oklahoma. Pryor is already home to one of Google’s largest data...

Google has revealed that it is will invest $600mn to expand its data centre in Pryor, Oklahoma.

Pryor is already home to one of Google’s largest data centres in the country.

The new funding will create an additional 100 jobs for the Pryor community.

It will bring Google's total investment in Oklahoma to over $3bn and total jobs created to more than 500.

In a blog post, CEO Sundar Pichai said that Google was "proud to call Oklahoma home", adding that he "looks forward to Pryor being a vital part of the engine that powers the internet for years to come".

On top of this, Google also announced that it will invest $600mn to break ground on its first data centre in Modlothian, Texas.

“The Lone Star state has become a hub for tech innovation and we’ve been fortunate to be a part of its growth from the very beginning,” Andrew Silvestri, Public Policy and Community Development Lead, Americas, wrote in a blog post.

“It’s the amazing talent and spirit of work and play that brought us to Texas 12 years ago and it’s what keeps us here today.”

The search engine giant, part of Alphabet Inc., says the new build will create a number of jobs at the data centre as well as hundreds of construction jobs.

The move comes as part of the technology giant’s wider plan to invest $13bn in US data centres and offices this year.