How Philips has gone from electronics to transforming healthcare 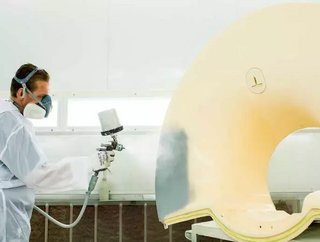 We all know Philips. At some point, we've purchased one of its lightbulbs, DVD players, or televisions. However, less people are aware that the company...

We all know Philips. At some point, we've purchased one of its lightbulbs, DVD players, or televisions. However, less people are aware that the company is also a big player in the healthcare industry.

In this sector, it currently has the ambition to better the world's healthcare, with a target to improve the lives of three billion people each year. Currently, it’s at 2.2 billion.

In doing so Philips has become part of the fast-growing circular economy, a system that is, and should, overtake how the world has so far been operating: with linear economy, in other words: taking, making, and throwing away.

Circular economy is about making the best use of what is available and wasting as little as possible, and in healthcare Philips refurbishes medical equipment for it to be used by clinicians, encouraging them to reuse these parts rather than buy new ones.

However, as Markus Laubscher, the organization's Director of Sustainability, explains, this is nothing new. "The whole industry has been doing this for a number of years, and that is basically due to the nature of having large equipment in hospitals that requires a lot of effort to build."

It is also something that customers request because it makes products cheaper. "We see this as a strategic opportunity to keep material at a higher value and longer in use," Laubscher says.

"We can lower the overall costs by not shredding and throwing these instruments away, as was done in the past.

"It really was a case of we produce new, we sell, and that's basically it," Laubscher says, "whereas now the situation is much more about equipment that is out in the field that we want to maintain.

We want to provide services to the customers around these installed instruments, and if a customer decides to upgrade, or a new technology comes out that delivers much higher medical performance, then we use the older instruments strategically."

Philips has a refurbishment centre in Europe and another two in the US, where its strips down the appliances, upgrades them and performs quality checks before shipping them out to customers around the world.

"The refurbished market is very strong in Europe and in the US," Laubscher says. "Mainly with smaller private clinics, so players who in the past had no access to this kind of equipment would have to refer their patients to bigger hospitals.

"Now they can afford these instruments and it's fulfilling their needs for routine imaging and diagnosis. They can do it all in-house providing better services."

Meanwhile, other countries present a challenge for them to export refurbed products to, as they have trade barriers in place to protect their local industries. Laubscher cites China, Brazil and India as a few places with this strict legislation.

Back in 1997, in partnership with Sony, Philips introduced DVD players to the general public. As de rigeur as these products became in people's homes, they are now pioneering smart tools in the healthcare industry like portable ultrasounds that can be employed anywhere.

By using ultrasounds on iPads, it’s possible for people to be diagnosed on the spot, whether on the road after a car accident, after suffering an injury at an event, or in a sports facility. When the person arrives at the hospital the medical staff will be fully prepared to treat them, which cuts down on time and cost, and generally improves the quality of the care.

Big data is essential to all these initiatives. "It's a really key element because the circular economy is very knowledge-intensive," Laubscher says.

"You need to know a lot about the whereabouts of your products in order to plan how to use them most effectively."

To enable this to run smoothly, Philips commissioned the Future Health Index, a study for governments and businesses to find out what healthcare needs will be in the future and where to concentrate resources while lowering costs.

It was undertaken with surveys and case studies using the input of over 33,000 health and insurance professionals, along with members of the public from 19 countries across five continents.

The research concluded that the necessary solution is digital technology, for people to manage their own health with initiatives like telehealth and remote monitoring.

"What we see is that with care technology, digitalisation and big data, we can lower costs by knowing much better what's happening with our devices and how they're being used," Laubscher says.

Perceptions of sustainability are changing. Whereas in the past the concept was confined to environmental problems, people have now realised it's an all-encompassing issue that affects everything from the earth's resources to the economy, all the way down to people's wellbeing.

As a result, there is a much greater awareness of the need for sustainable practices, both among the general population and the world's industries.

"The healthcare space is actually coming quite late into the sustainability discussions," Laubscher says.

"In other sectors that are much more resource-intensive like the aerospace and IT industries, they were using assets in a different way much earlier.

"The healthcare industry is now catching up, and we see it as an opportunity to step into this relatively new field, learn from what other industries have been going through, and see where the sweet spots are to provide these assets as a service.

"On the other hand a company like ours has for many years been a sustainability leader, and we see this as a way to differentiate ourselves from our competitors."

This includes the aim to transform the lives of billions of people through more efficient, personalized healthcare. "We see this as a contribution to the bigger picture of inequality of care, be it globally or nationally," Laubscher says.

"Improving lives for us means to help our customers get access to care. Moving it out of the hospital and into people's homes is for us, the healthcare of the future."