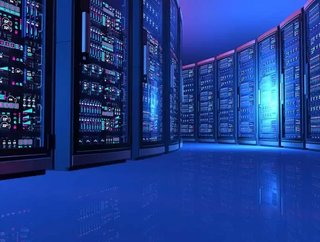 Hewlett Packard Enterprise(HPE) has bought Cray Inc. – makerof some of the fastest supercomputers in the world – in a deal valued at about $1.3bn...

Hewlett Packard Enterprise (HPE) has bought Cray Inc. – maker of some of the fastest supercomputers in the world – in a deal valued at about $1.3bn.

Cray Inc.’s supercomputers are used by the UK's Met Office and GCHQ and are able to process trillions of calculations per second.

Seymour Cray, who helped found the company in the 1950s, is widely recognised as the ‘father of supercomputing’.

HPE — the enterprise technology company that was split off from HP’s PCs and printers business — says that high performance computing (or supercomputers) are a key component of its growth strategy and it currently makes supercomputers including HPE Apollo and SGI.

HPE will be paying $35 per share for Seattle-based Cray Inc.

Supercomputers can be hugely beneficial to data-intensive industries such as medicine, physics and climate science.

Commenting on the deal, HPE CEO Antonio Neri said: “Answers to some of society’s most pressing challenges are buried in massive amounts of data

“Only by processing and analysing this data will we be able to unlock the answers to critical challenges across medicine, climate change, space and more.

“Cray is a global technology leader in supercomputing and shares our deep commitment to innovation.

“By combining our world-class teams and technology, we will have the opportunity to drive the next generation of high performance computing and play an important part in advancing the way people live and work.”