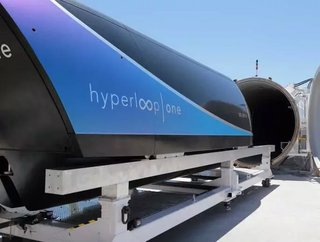 Hyperloop One has successfully completed the inaugural test run of the world’s first autonomous pod.

On 29 July 2017, Hyperloop One completed the second phase of testing, achieving historic test speeds traveling nearly the full distance of the 500-metre DevLoop track in the Nevada desert.

The Hyperloop One XP-1, the company’s first-generation pod, accelerated for 300 metres and glided above the track using magnetic levitation before braking and coming to a gradual stop.

“This is the beginning, and the dawn of a new era of transportation,” said Shervin Pishevar, Executive Chairman and Co-founder of Hyperloop One.

During testing, Hyperloop One achieved record speeds, in a tube depressurised down to the equivalent of air at 200,000 feet above sea level.

“We’ve proven that our technology works, and we’re now ready to enter into discussions with partners, customers and governments around the world about the full commercialisation of our Hyperloop technology,” said Hyperloop One CEO Rob Lloyd.

“We’re excited about the prospects and the reception we’ve received from governments around the world to help solve their mass transportation and infrastructure challenges.”

Despite being based in LA and building its test track in Nevada, Hyperloop One has mostly focused its attention outside the US. The company has feasibility studies underway in the United Arab Emirates, Finland and Sweden, the Netherlands, Switzerland, Russia and the UK.

As the Hyperloop concept has been open-sourced by Musk, Hyperloop One is not the only player working on the proposed mode of transportation – although it does appear to have the competitive edge for now.