IBM urges Canada to use blockchain in legal cannabis distribution 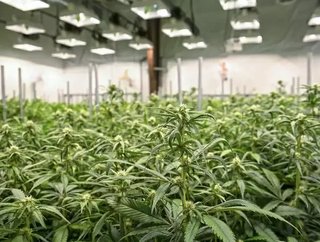 Technology multinational IBM has recently issued a document, entitled 'BlockChain: an irrefutable chain of custody audit for the seed to sale of cannabi...

Technology multinational IBM has recently issued a document, entitled 'BlockChain: an irrefutable chain of custody audit for the seed to sale of cannabis in BC', urging Canadian authorities to apply blockchain technology within the legal distribution of cannabis.

The proposal was aimed at British Columbia, with the province in the midst of preparing its regulatory framework for the distribution of cannabis.

Within the report, IBM advocates that the use of blockchain within the cannabis supply chain, from seed to sale, would have a significant impact in the way of counteracting its illegal distribution.

“IBM suggests Blockchain is an ideal mechanism in which BC can transparently capture the history of cannabis through the entire supply chain, ultimately ensuring consumer safety while exerting regulatory control – from seed to sale,” IBM states.

This is for three key reasons: it is a technology that can be distributed across an entire network, transactions are immutable once in the ledger, and it is transparent, ensuring a consensus between all parties.

“Blockchain is rapidly becoming a world leading technology enabling the assured exchange of value in both digital and tangible assets, while protecting privacy and eliminating fraud,” the report continues.

“Its relevance to regulating cannabis is similar to its many chain of custody applications in areas such as pharmaceutical distribution and food chains. The core to those supply chains is the same, assuring health and safety of consumers, preventing fraud and counterfeiting while creating a foundation of transparency upon which to base regulation.”

Although blockchain remains a relatively new and evolving technology, many parties, including IBM, are recognising its benefits across a number of industries. JPMorgan has recently launched its own blockchain-based network, whilst R3 has partnered with 22 leading banks to create an international payments network.

Further, with such big name firms adopting the technology, Ivy League schools in the US have started offering blockchain-specific courses, as it remains clear that it will remain a large part of the world of technology throughout the coming decade.